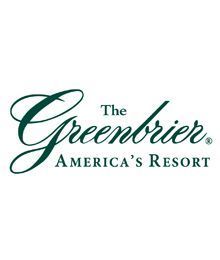 Best range promotion: Lee Trevino joined our staff this year as Golf Professional Emeritus and everyday for the two months he was at our Practice Facility and Golf Academy (which is located at the back of the Practice Facility) teaching lessons, clinics and giving players pointers before shotgun tournaments.

Community Stewardship at The Greenbrier

Easter Egg Hunt at The Greenbrier

Community Easter FunFest at The Greenbrier

The Greenbrier was excited to welcome over 500 community children and their families for a fun-filled afternoon featuring jolly jumps, arts and crafts, a variety of contests and an egg hunt! Visit our events calendar to watch for details on next year’s event.

2014 marks the fourth year that The Greenbrier will hold its “Dream Tree for Kids” holiday gift drive, which will donate more than $1 million in toys to charity. Learn more about how your organization can apply for toys and how you can volunteer time gift-wrapping presents.

Request a Think Pink Pedicure or Tickled Pink Massage at The Greenbrier Spa or a Vixen Cosmo, Vixen Pretty in Pink or Vixen Ta Ta Tini in The Greenbrier restaurants during the month of October to benefit the National Breast Cancer Foundation. While most people are aware of breast cancer, many forget to take the steps to have a plan to detect the disease in its early stages and encourage others to do the same. We have made a lot of progress but still have a long way to go!

The Greenbrier Participates in Taste Of Our Towns

The Greenbrier Employees Contribute to the Children’s Home Society

Children’s Home Society of West Virginia provides emergency shelter and facilitates foster care and adoption for children. The Greenbrier’s 1,800 employees collected everything from school supplies and toiletries to clothes and towels to help this organization achieve its mission of ensuring that each child in West Virginia grows up in a safe and nurturing environment.

The front entrance will be lit up with gold lights to raise awareness Families, caregivers, charities and research groups observe September as Childhood Cancer Awareness Month. In the U.S., 15,780 children under the age of 21 are diagnosed with cancer every year; approximately 1/4 of them will not survive the disease. The objective is to put a spotlight on the types of cancer that affect children and to help raise funds for research and family support.

Raised $20,700 for the Bruce Edwards Foundation for ALS Research

In April 2004, Bruce Edwards, longtime friend and caddy of golfer Tom Watson, died from ALS. The Bruce Edwards Foundation for ALS Research, named in his honor, provides funds to medical research facilities dedicated to slowing the progression of and finding a cure for ALS.

Tee it Up for First Tee