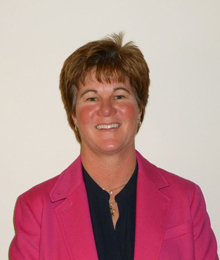 Janet Phillips is a Richmond, Va. native who graduated from James Madison University. After graduation, Phillips turned professional and began teaching golf in Maryland.  Soon after, she joined the Futures Ladies Golf Tour and continued with her competitive golf for three seasons.  With a good mix of professional experience, Phillips realized her calling was as a golf teaching professional and in 1990 began to operate and later co-own Windy Hill Sports Complex. Phillips became a PGA member in 1998 and an LPGA professional 2000. Phillips was awarded the PGA President’s Award and in 2006 and 2007, the LPGA named her the Northeast Section Professional of the Year.  She was named the 2006 LPGA National Professional of the Year. Most recently, the EWGA honored Phillips making her the 2011 Business Women of the Year.

Approximate number of free “tune-ups” and lessons given per year: 30