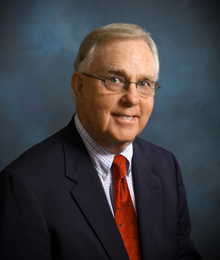 Born in Birmingham, Alabama, Hank played collegiate golf at Auburn University and played on the PGA Tour for two years in the late 1960s. He is a Golf Magazine Top 100 Teacher and a Top 50 Golf Digest Teacher. He was named as the 2004 PGA Teacher of the Year and is a member of the Alabama Sports Hall of Fame.

Our Instruction Program in 2014 began the “PGA TOUR Analysis Project” which is a trip for our junior golfers to the PGA TOUR Championship at East Lake for a day of learning and fun. The first year we took 20 students and 10 chaperons (8 parents), and this year we nearly doubled that number to include 38 students and 17 chaperons (14 parents). We take a charter bus bright and early from Birmingham, AL to Atlanta, GA for the final round of the TOUR Championship at East Lake. The first half of the day the students have assignments to complete that teach them about various playing and practicing aspects of the game. They begin with the “Science of Warmup” observing their favorite Tour players and recording their observations regarding style, technique, shot count, demeanor, shot selection, tempo and more. Following that we watch one group for five holes and record their pre- and post- shot routines, reaction to shots, and statistics for those holes. In the final assignment, they go with a chaperon and follow a player for at least three holes and pretend to be their caddy; writing down their shot selections for that player and the reasoning for that specific plan. The rest of the day they may follo