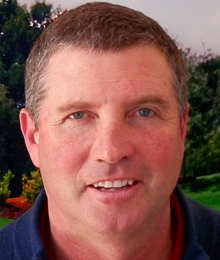 Eric won the 1998 Philadelphia PGA Section Youth Player Development Award and was the 2002 Section Teacher of the Year. He was also named a Top 50 Kids Teacher in America by U.S. Kids Golf in 2004, 2005 and 2007, and a Top 50 Master Kids Teacher in America in 2008. Additionally, Eric has been recognized in the Golf Digest’s Best Teachers in Your State listing on numerous occasions.  Last year, Eric won the PGA Philadelphia Section Youth Player Development Award for a second time.

Approximate number of free “tune-ups” and lessons given per year: 400