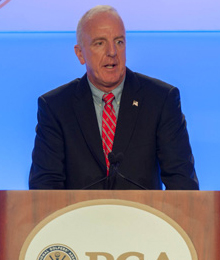 Bob Beach was named the New England PGA Section Teacher of the Year in 2005. Bob was the winner of the PGA of America’s Patriot Award in 2013. Most recently, Bob was the winner of the Conrad Rehling Award for contributions to the Special Olympics in 2014. Bob runs a unique junior program at Braintree that is accessible and includes children with special needs. Beach was inducted into the New England PGA Section Hall of Fame in 2014.

Approximate number of free “tune-ups” and lessons given per year: 520