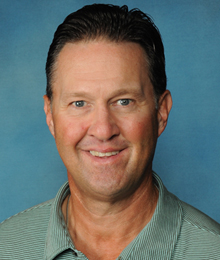 Bill Abrams is a U.S. Kids Golf Top 50 Master Teacher and Certified Kids Instructor, a SeeMore SPI and Eyeline Golf Certified instructor. Abrams was also named the 2015 Illinois PGA Professional of the Year, the 2010 Section Bill Strausbaugh Award winner and 2005 Section Horton Smith Award winner. Bill was the Central Illinois PGA Chapter President from 2008-2012, and won the Chapter’s Teacher of the Year Award in 2004 and Professional of the Year in 2005 and 2012. He is also a Ping Staff Member, a member of the UST Mamiya Advisory Staff and on the Foresight Sports and PGA Magazine Teaching and Clubfitting advisory boards.

Approximate number of free “tune-ups” and lessons given per year: 200