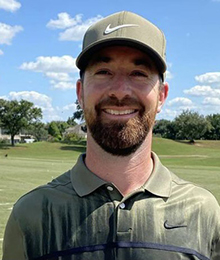 Ben Willman was born and raised in England. He started playing golf at the age of 13 and turned professional at 21. He earned his PGA membership through his apprenticeship at Farmham Golf Club in Surrey, England. In 2006, Ben realized his dreams of playing professionally by acquiring his European Tour Card. Since then he has played at the highest level on several different tours including PGA Tour, European, and Asian Tour. In 2009, Ben turned his attention from playing to coaching. His drive to better his own game as a player coupled with his playing experiences give him the expertise to both help you with your game physically and mentally.