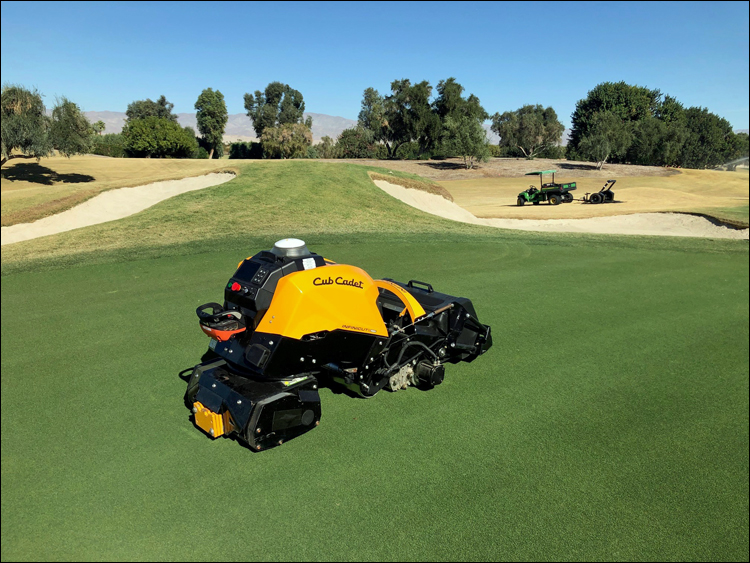 Regardless of what industry you’re in, utilizing advanced technology to better one’s business is becoming the rule, rather than the exception. On the golf course, maintenance crews across the country are considering ways to manage expenses, better utilize their human capital, and still serve their members and customers every day. One way they’re doing this is by incorporating autonomous mowing equipment into their fleet.

The technology built into the autonomous equipment is transforming the way many superintendents are conducting business. With reduced need for human attention, maintenance staff members can be deployed to other duties and responsibilities across the golf course, maximizing the number of tasks that can be achieved each day. Superintendents have cited many other benefits of autonomous maintenance technology, including quality and timeliness of the job being done. For golf range managers and superintendents, autonomous mowers can run continuously, only requiring human attention when charging is needed. Some companies, like Echo Incorporated, offer autonomous range pickers as well. 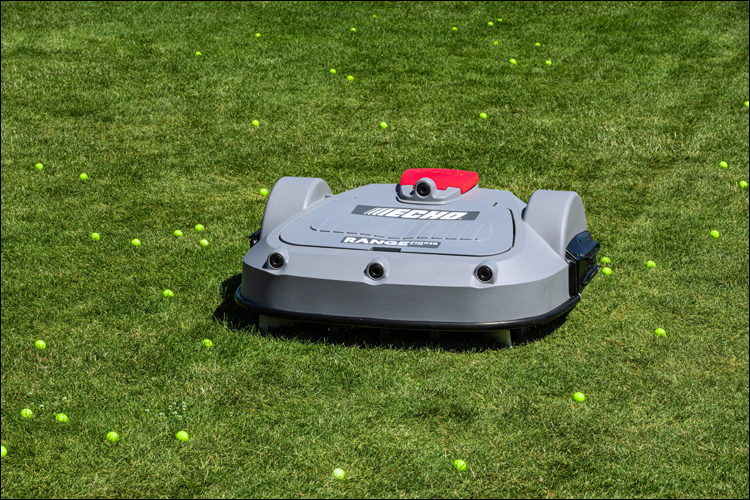 John Deere was touted last year when it released a prototype of its 7500A fairway mower. Using GPS, parameters are set by the superintendent, freeing up staff for other tasks. “We’ve been working really hard for many years to learn from our customers, to try and understand the challenges and needs facing today’s superintendents,” Manny Gan, John Deer’s Director of Global Golf told the Golf Course Superintendents Association last summer. While a finished product won’t be available for at least a few years, Deere’s intention is to have units available for demo sometime in 2020, though our current health crisis may very well delay that unveiling.

Toro, not to be out-done in the autonomous technology realm, recently announced new technology called GeoLink Solutions. This is the result of twenty years of research and development, combined with customer feedback and input. The company says this autonomous technology will provide more consistent results and alleviate labor challenges that many facilities endure. 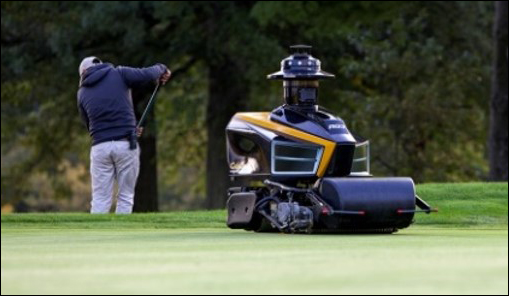 In 2015, Cub Cadet, operating under parent company MTD Products, introduced the RG3 robotic greens mower. After experiencing a demonstration of the technology’s capabilities, several course superintendents were so impressed that they made the commitment to buy or lease the product from Cub Cadet.

One of those superintendents was Jeff Miller, of The Santaluz Club, in San Diego. Miller owns five Cub Cadet RG3 mowers and admits the technology is a great benefit to his operation. “We do so much work by hand, like raking and rolling, that it just fit our operation perfectly. When I put the robot out there, I free up three guys in the morning,” Miller told Golfdom.com in 2016.

Another California superintendent, Brian Nettz, of Presidio Golf Club, in San Francisco, currently leases five RG3 Cub Cadet greens mowers and relishes the opportunity to have his staff rake bunkers and cut cups while the green is being mowed. Use of autonomous mowers saves Nettz 70 labor hours per week.

Unfortunately, the love affair with Cub Cadet recently came to an end, when, the company whose products and technology were lauded for the past several years, informed its customers that they were suspending production and shelving the RG3 autonomous greens mowers. According to Tony Whelan, Cub Cadet’s Director of Business Development for Professional Products, “It had limitations based on the positioning system, limiting the size of the green you can cut. It was also susceptible to what we call noise,” Whelan added, “In windy conditions, the positioning system would lose the signal.” He cited the Monterey Peninsula as a prime example of a windy region that would experience limited performance of the technology built into the mower.

Whelan said they had been developing the next generation of mower with a new positioning system over the past two or three years. He indicated that it eliminated the “noise” he referenced, as well as the limitations on the green size that could be cut.

Unfortunately results of a six to nine-month field test were not what Whelan and Cub Cadet were looking for. After bringing the new line of mowers to different sites, they identified three primary technical issues. Whelan was confident that they would be able to overcome two of the three; however, the third “became very problematic and very difficult to rectify.” In light of the issues that arose with the next generation of autonomous mower, Cub Cadet has “indefinitely postponed the launch of it for now. So, it’s on hold.”

Most important to superintendents like Miller and Nettz, Whelan says they have gone to their existing customers who are using the original RG3 mowers, and “are working with them to get them out of those ones too because the technology is getting older and it’s becoming increasingly hard to keep them operational for the customers.”

Whelan stressed that “we will not bring a product to market that does not meet our and our customers’ expectations.” That’s one of the primary reasons the new generation of product has been shelved for now. He also repeated that they are working with their existing customers to transition them out of the RG3s. “We are working with each of them individually,” Whelan said. He added that there are still several of them running today. “We are still actively supporting them,” Whelan stated.

The response from Cub Cadet was definitely one of regret and cooperation, but was of little solace to superintendents like Nettz, who had this to say to Golf Course Industry Magazine, “It was such a powerful tool for us in how we managed the golf course that it’s just a severe blow. I’m in shock and awe that they would scrap an entire program.” I reached out to Nettz for further comment, but he respectfully declined, citing pending litigation.

These industry leaders seem to be in different stages of their autonomous mower technology, with one entering and exiting while others map out their research and development, testing, and eventual implementation. Superintendents do their due diligence to figure out what products best meet their needs, and their budget.

Regardless of who takes the lead in this innovative technology, it is evident that many facilities are looking to implement these autonomous solutions into their daily maintenance practices. It is positive to see that they’re not looking in this direction to replace their human resources, but only to reallocate them to other duties. Let’s hope that remains the intention.