If the golf range industry had a lifetime achievement award, Bob Wittek—though still active as ever—would be a fitting winner

In the post-World War II days when all driving ranges were still picked by hand, the inventor and golf course designer Ted Lockie would puzzle over this problem. One day Lockie sat on a bench at Oak Park (Ill.) Golf Club waiting to hit. He rolled a golf ball back and forth along the track formed by two adjacent slats of the bench then declared: “I’ve got an idea.” What appeared in his inventive mind was a rack of large rubber discs mounted along a shaft and spaced about a ball’s diameter apart–in other words, the business end of the modern golf range picker. Lockie’s patented design was later sold to one of his good friends, Klem Wittek, who was already the founder of what would become a cornerstone of the range industry, Wittek Golf Supply.

Klem’s son, Robert Wittek, Sr., likes to tell that story–mingled in with many others from the 20th century’s early years of prosperity. It was an era in which public golf and the modern driving range would rise to new levels. If you want to talk about building, marketing and selling range pickers, it’s a safe bet no individual has done more of that than Bob Wittek. Along the way he has maintained his family name as a brand synonymous with quality and wide variety.

Though not quite the tinkerer that Lockie was, Bob would go on to co-author U.S. design patents that helped create the infrastructure of the modern golf range. An example would be the steel-mesh safety divider, a fixture at commercial ranges and a vital factor in the prevention of injuries (not to mention damaging lawsuits). That patent was issued in 1998 to Bob along with top company executives Aron Cantrell and Terry Sopko. 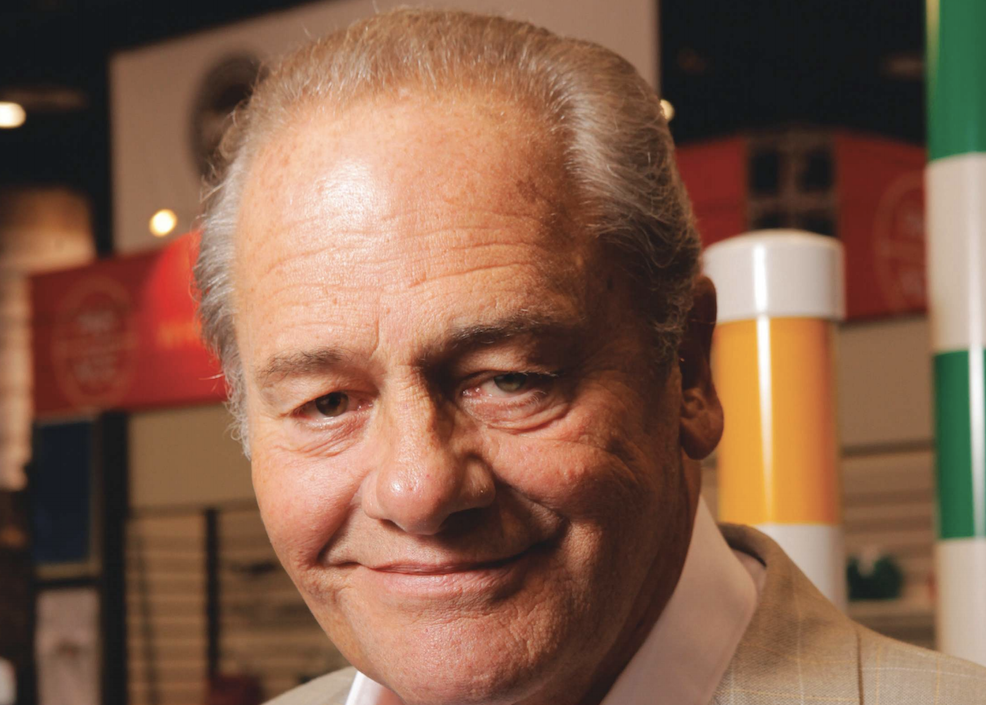 The famed supply house, now headquartered in the Chicago suburb of Northbrook, was founded in 1946. The genesis of the enterprise, you might say, was the rationing of rubber during World War II and a resultant golf ball shortage. Raised in Warsaw and a star on the Polish national swim team in his youth, Klem Wittek emigrated to America, joined the U.S. Marines, survived combat wounds in Okinawa and returned to Chicago after V-J Day. Known as a devoted swimmer, Klem was approached by a practicing “ballhawk” and asked to put his aquatic skills to work in country club ponds.

“More than being just a very strong swimmer, my dad had the ability to stay in cold water for long periods of time,” recalls Wittek. “He would go diving in, with an elastic-topped apron around his waist, and clean out a pond better than anyone.” As the only boy in the family, Bob would accompany his father on ballhawking missions, then later ride with him to area country clubs, selling their cleaned and repainted pond harvest.

A product of pre-war Polish culture, which emphasized literature, music and athletics, Klem Wittek had a gentlemanly manner that served him well in country club circles. Warren Orlick, then at the Tam O’Shanter Club in Detroit and a one-day president of the national PGA, was among the many pros whom Klem became friends with. With his gift for ingenuity, Klem would find decommissioned cement mixers and adapt them for use in ball washing. Whenever a golf professional discovered the need for some tool or device to serve his membership, Klem would be asked to source it or cobble it together on his own. “That was the start of the Wittek catalogue,” Bob surmises, “my dad being asked, ‘Hey Klem can you find me this or find me that.’”

The business was well-enough established when Bob finished high school that, being heir apparent, he was prevailed upon to skip college and get straight to work. Building the customer base was Wittek Golf’s primary challenge at that time, one that sent Bob on the road for frequent two-month sojourns. Often he was joined on these cross-country treks by fellow employee Gary Adams, a golf buddy of Bob’s who would later found TaylorMade and pioneer the metalwood as a viable proline golf product.

“My dad liked to send us all through Texas to open accounts,” Wittek recalls. “Gary and I would call on the country clubs by day and the driving ranges by night.” In that era, your typical roadside golf range would be an ancillary income source for some entrepreneur who showed up in the late afternoon already having worked his day job. From dawn until past dusk, Bob and Gary would write orders for range balls, mats, baskets and even the early version of an auto-tee device. “We sold the country clubs an aluminum hand picker to clean out their water hazards,” says Wittek. “We would tell them it wasn’t right for a ballhawk to come at night and take the golf balls that were rightfully club property.” Of course, that was an ironic comment to make, given how the Wittek empire got its start. Most family businesses that were started by immigrants and achieved success have sheer hard work as the basis. Young Bob did possess a sturdy work ethic, but he also loved to play golf. “I would play at McHenry Country Club, where Gary’s dad, Vale Adams, was the pro,” recalls Wittek, who to this day considers Vale the model of a PGA professional. “But even though it was two hours roundtrip, and another three or four hours to play, it could never be a vacation day,” he explains. “Dad would tell me, ‘You put in four hours, then you can go play.’”