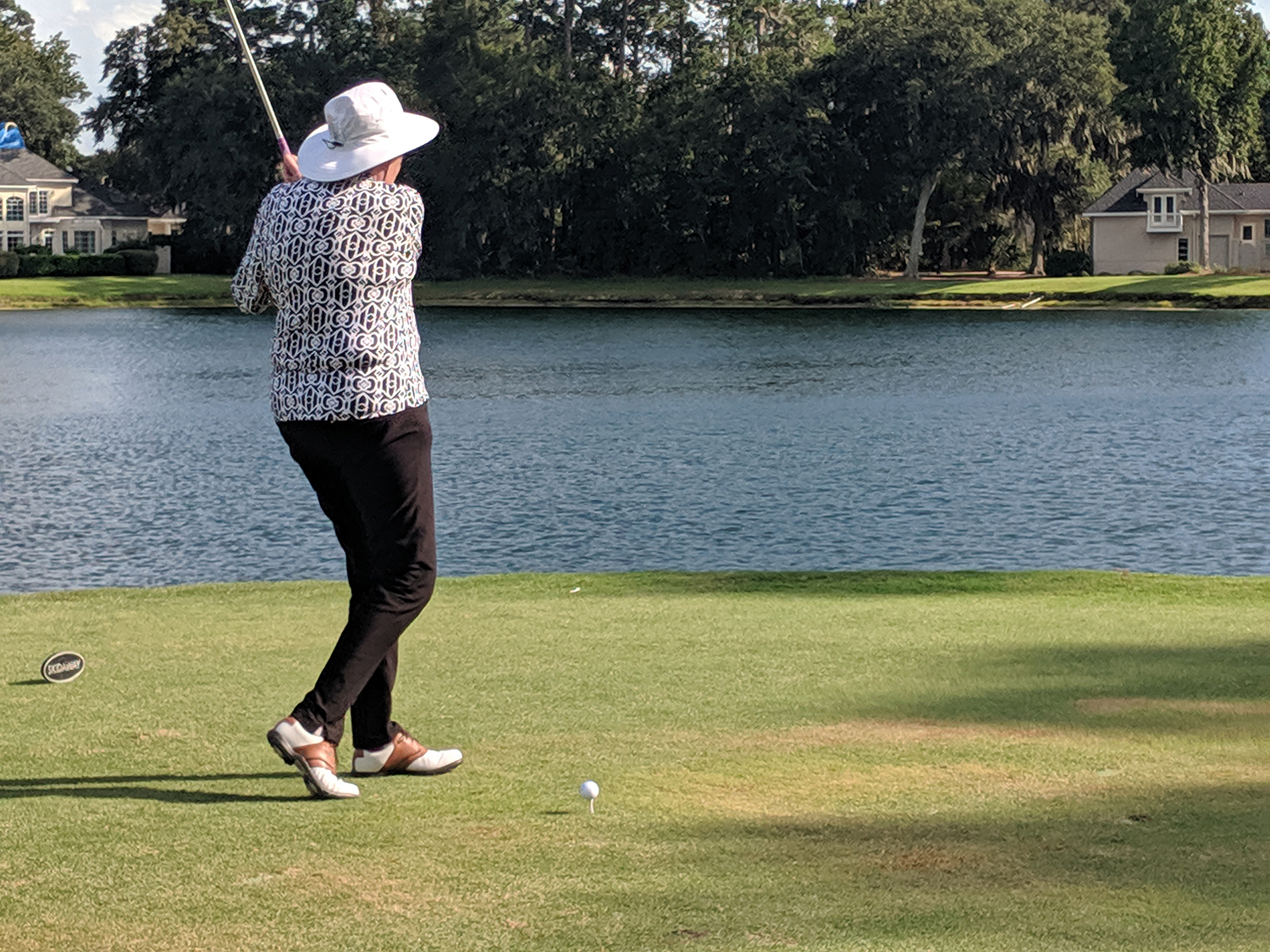 The question posed in the title of this article is very popular in the world of golfers. After all, golfers often see great results on the practice range, which unfortunately, don’t always transfer to the golf course. Interestingly, golf is one of the few sports in which we practice in one area but play in another. The missing link seems to be lack of proper scrimmaging. Basketball, tennis, soccer and skiing are just a few examples of sports that practice, learn and scrimmage/perform in the same place. I can teach a person to shoot basketball free throws from a sterile environment, but then how would that person perform if I put him or her into a game that now involved running, pivoting and timed response, facets of the game not practiced at the free throw line? Those shooting skills are very different due to the situation. 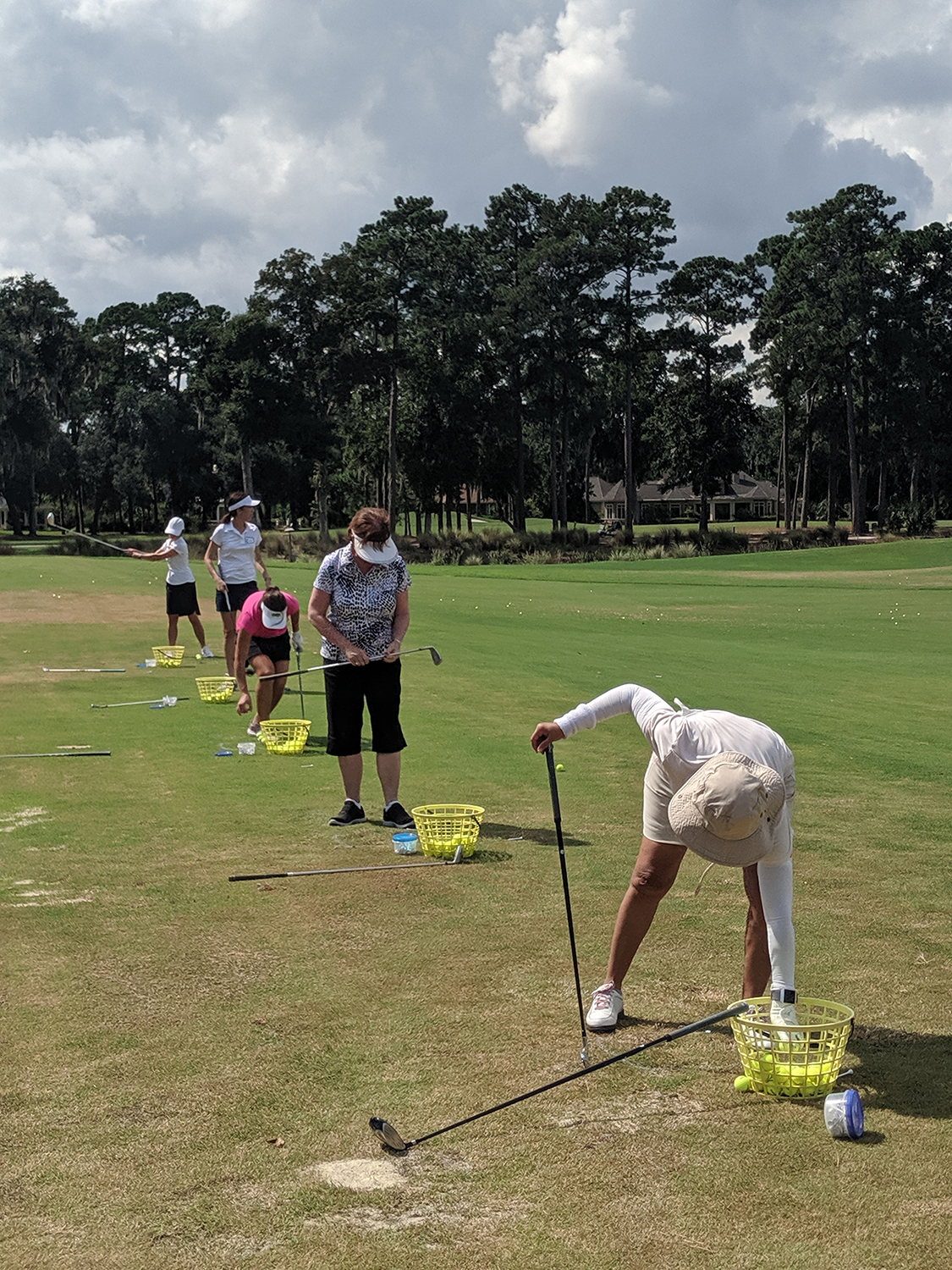 In golf, we usually practice on a laser-leveled flat tee with perfect lies that we create. On the other hand, golf on the course is brimming with a variety of uneven lies, hills and unpredictable situations. On the course, we have time between shots and use different clubs in situations that require a variety of skills. At the range, we leave no spacing, interleaving (circuit training), variability or challenge. Comparing shots at the range to shots on the course is like trying to eat chicken broth with a fork…they don’t match up for the needs. Golfers should understand how motor skill development happens. Learning occurs inside the brain and is transferred through the nervous system. Just because something is learned doesn’t mean it can always be performed well and just because you can perform something with skill quickly doesn’t mean it’s been effectively learned for the long haul. 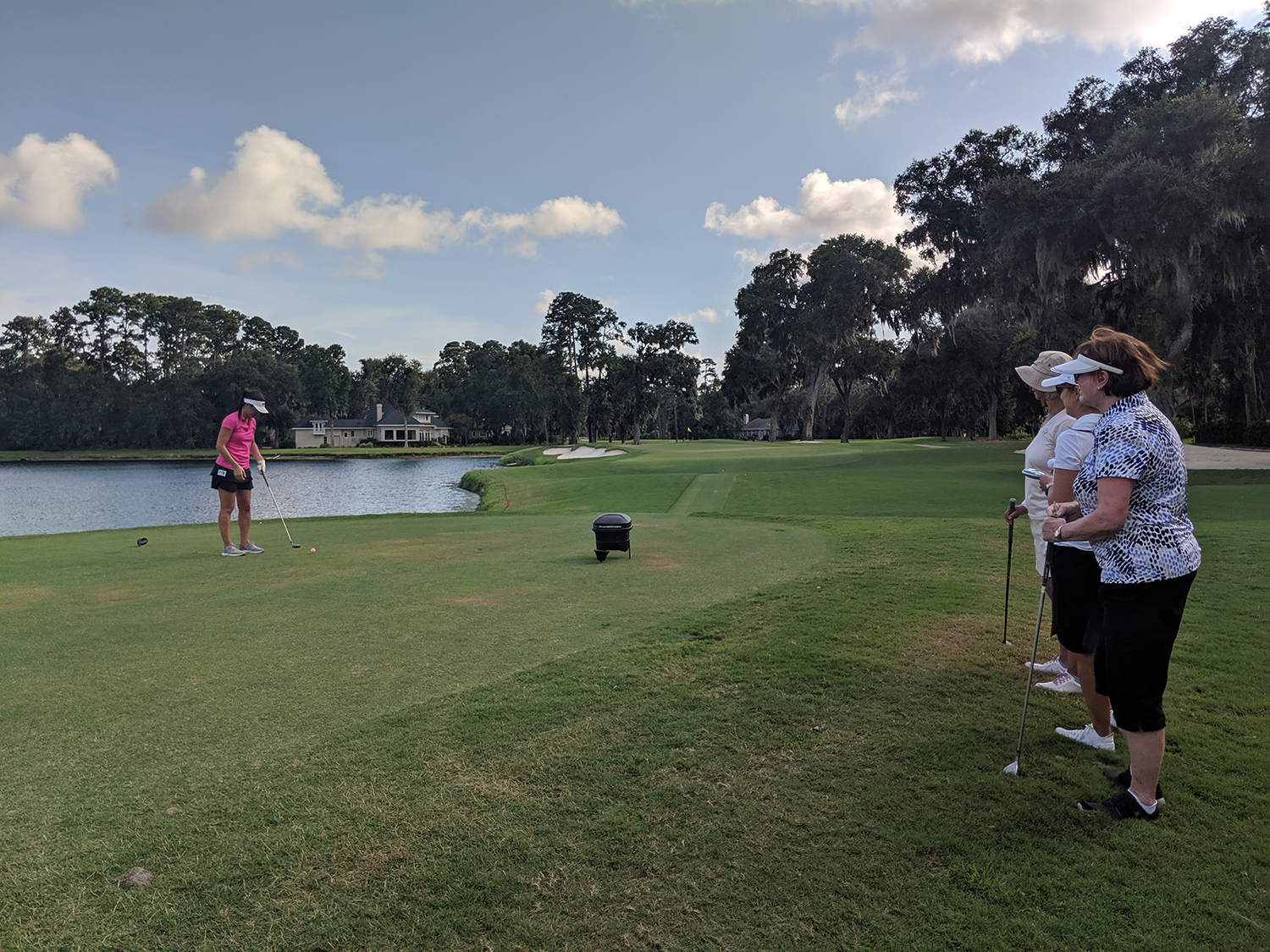 There is a lot of research from behavioral scientists and coaches that show why there are differences. Some of the more renown experts in this area are Dr. Robert Bjork of UCLA, Pia Nilsson and Lynn Marriott, Co-Founders of VISION54, Dr. Rick Jensen and Iain Highfield. Their works have many fun, yet effective, practice drills and research implications that help golfers make the transition from the range to the course. The following suggestions may help provide ideas to play better on the course, to enable a more enjoyable golf range-to-play experience.

Practice like you’ll play – Blocked/grouped practice to the same target from the same lie with the same club in an effort to “groove” your swing only allows us to ‘cram’ for short-term results. Random/variable practice allows us to create stronger learning neuropathways for long-term use. Various science experiments show this. See Dr. Robert Bjork’s work in the example below or transfer learning by Dr. Bob Christina and Eric Alpenfels at Pinehurst. Subjects who tossed bean bags repetitively from the same distance tested better initially, than those who threw from various places. But long-term, the variable throwers held up much better. The same concept applies with learning a 40-yard pitch shot. Those who practiced at 40 yards exclusively, did better immediately, but in the long-term, those who had to learn and adapt from 30 or 50 yards did better in the long-term. So, decide if you want to practice to be a better range player or course player. It’s scientifically proven that “grooving” doesn’t work for long-term/course transfer!

The range tee is usually a laser-level thing of beauty. But most courses aren’t flat like that for both challenge and drainage reasons. If you only practice and get good from flat lies, you won’t be as good on the course, since most lies have some slope. I’ve taken a level out to the fairways to test it and there were very few lies that were completely flat. So, if the golfer doesn’t practice and learn from these lies, the shots won’t match up from what was learned at the range. Vary your lies, targets and clubs. Out of ten iron shots, warm up with three to four shots and then hit the last six or seven from different lies with a few different clubs. But remember, warming up before a round is different than practicing – save the practicing and exploration for after the round or a non-golf day, and utilize the time before a round to warm your body up and keep your mind quiet! Changes take time to learn, and just prior to a round of golf is not the time to be working on them.

I love the drill by VISION54 in which you get 30 balls and have to make them last for 30 minutes at the range. Think about golf with regard to the time we take between shots. Yet, golfers tend to practice one shot after another on the range, often without even leaving the station or taking a fresh grip. Start totally anew after each shot – back up, create a new scenario and walk into the shot as you would on the course. That rhythm is part of the shot and should be practiced as a package if one wants to get better on the course. Better yet, leave four minutes between a drive and a fairway shot, as is usually the case on the golf course. Practice more of a combine in which you hit a tee shot, then go to the chipping green to chip on before putting. Return to the range and hit a fairway wood before pitching a shot onto a green and facing a certain length putt to make. Also, check out some great transfer practice games from Iain Highfield. Research shows variable practice will hold up better down the road.

Nicole Weller is a PGA/LPGA Professional. Raised in Lakeville, Massachusetts, Nicole started playing golf at the age of four. She would go on to play at Wake Forest University, where she earned her B.A. in Psychology, and would attain her Master’s Degree in Sports Psychology from The University of Tennessee-Knoxville. Her golf career has taken her to several facilities, where she has served various roles. From assistant professional to teaching professional to senior director, Weller has grown within the game and promoted golf among all ages and skill levels. She recently accepted a position at the Pinehurst Golf Academy. Weller has earned awards and accolades from the PGA of America, LPGA, Golf Range Association of America and an array of other publications and associations. She is an author, with her second book due out this summer. To learn more about Nicole Weller, log on to http://www.nicoleweller.com/.