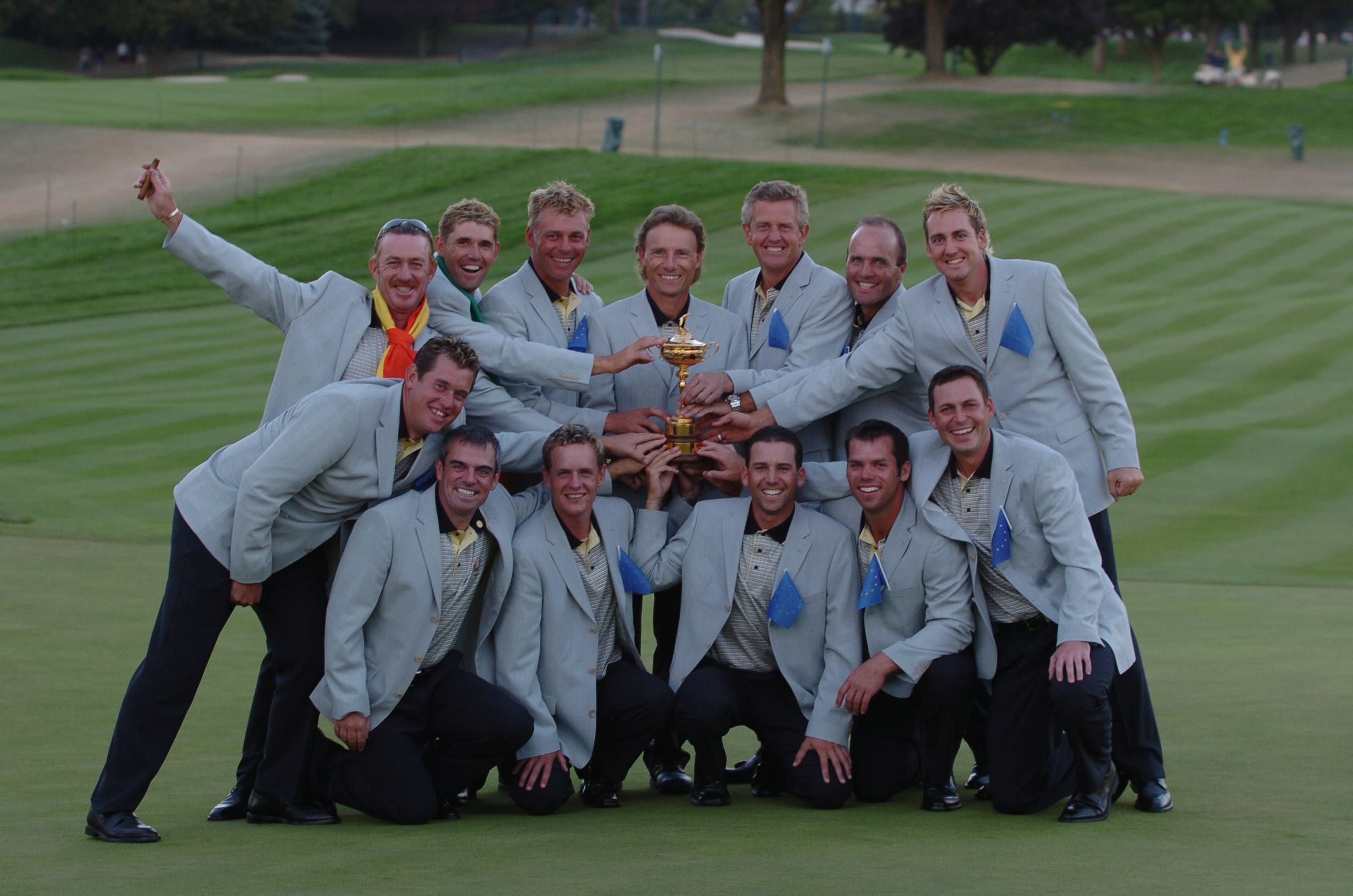 Two-time Masters champion, Bernhard Langer, continues to impress today at age 62 with a dominant dozen years on the PGA Tour Champions. He has racked up 41 wins on the over-50 circuit and he shows no signs of slowing down. The German golf legend and World Golf Hall of Famer trails only Hale Irwin in the tour’s all-time win total (45) and seems destined to catch his friend in the coming years. The former world number one offers some helpful advice here for us recreational golfers in our practice and warm-up.

Golf Range Magazine: If we have only twenty minutes to practice, what’s the best way to get the most out of our time?

Bernhard Langer: Twenty minutes is not much. You want to divide the time to 10 minutes short game, 10 minutes long game. I think basically you want to make every ball count if you [only] have that much time. You don’t want to waste half of the balls you hit or your putts by not being totally focused. 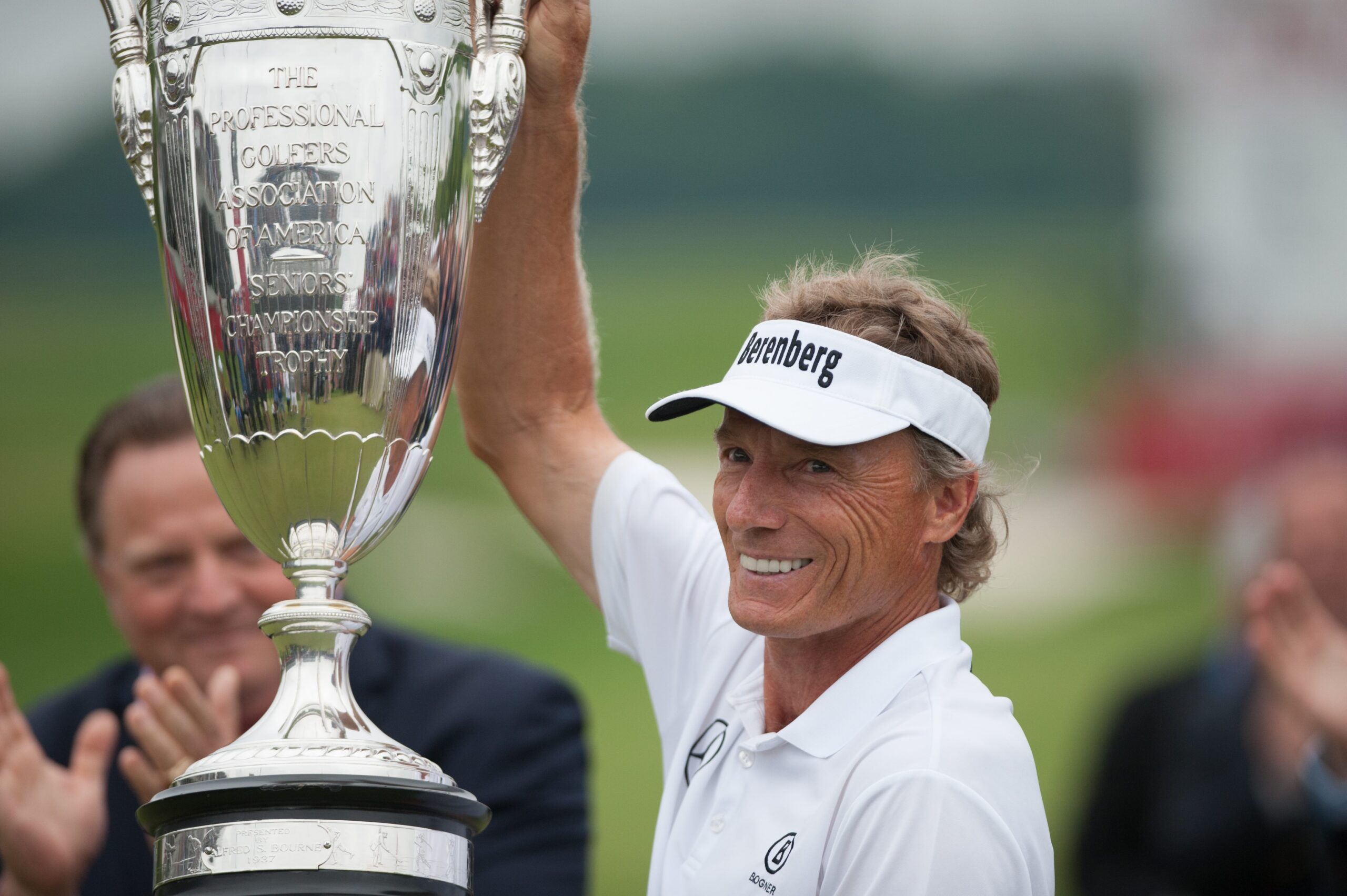 GRM: What can amateurs be doing on the range to improve those fundamentals, any aides?

BL: I would keep it very simple. I would always align where you’re going with these alignment sticks. If you don’t have one, use a 4-iron. Put something on the ground when you hit balls so you’re aiming correctly. I walk up to many amateurs on the range and ask, ‘where are you aiming?’ And they say ‘down the middle’. I’m looking at a driving range that’s 200 yards wide and thinking ‘ok, where is the middle?’ And they say ‘well, it’s somewhere there between these two flags’ and I’m going ‘is that where you play on the golf course, somewhere between those two targets?’ There’s the saying “aim small, miss small”. If you aim at a small target like a flagstick or the edge of a bunker on the range, your miss is going to be smaller.

I hear people say, ‘oh I hit that great, I hit it so well on the range’. Then I watch them and they’re pulling it thirty yards. Yeah, you’re hitting it solid, but it’s not going where you think it should be going. The aim is very important and if you have that club or alignment stick, then it’s easy to put your feet parallel and your hips and knees and shoulders – already you’re ahead of the game. Once you’re there, you can actually check ball position and put another club on the ground between your legs and you can then see your ball position – like your wedge position in the middle of the feet where it should be or your driver on the left heel [for righties]. [You are ensuring that] it’s not two inches too far forward or [too far] back, which can cause a lot of issues. So it’s very simple stuff – you don’t need to buy any gadgets. You don’t need to be overly creative. It’s just knowledge that most people have. Now, from that point on, once you stand correctly, you check your grip.

Are your hands working together or against each other? Do they fit on the club? Is there any movement in your hands while you’re hitting a shot? Are your hands steering the shot? Was the grip of the club moving or was it quiet? If there’s movement, then your glove is starting to get a hole from all the friction – that says there’s a problem with your grip. 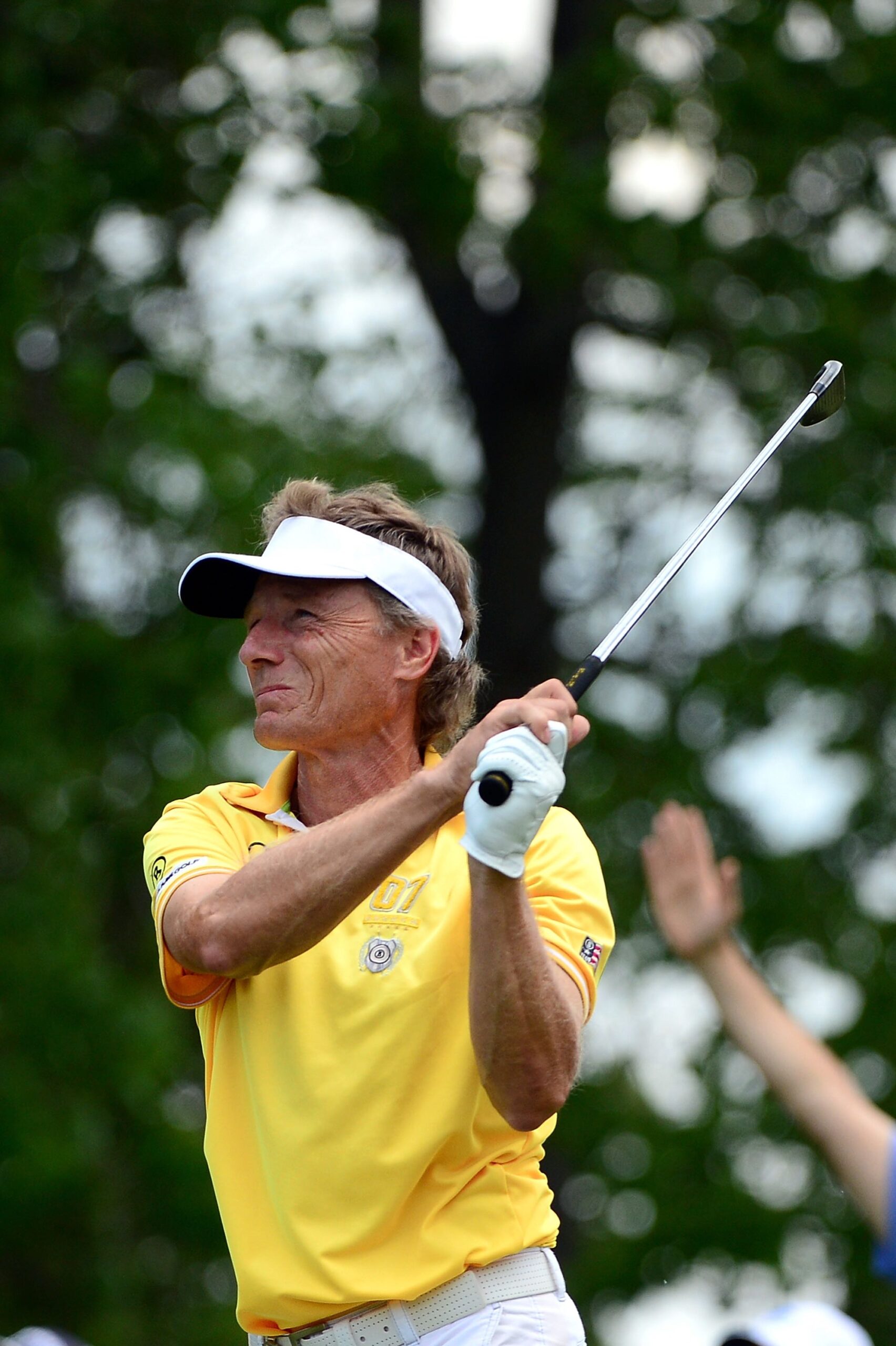 BENTON HARBOR, MI – MAY 28: Bernhard Langer of Germany hits a shot from the second hole during the third round of the 2016 Senior PGA Championship presented by KitchenAid at the Golf Club at Harbor Shores on May 28, 2016 in Benton Harbor, Michigan. (Photo by Jeff Curry/Getty Images)

GRM: How should we check our shoulder turn on the range? How do you get feedback?

BL: I still use a coach, but I do a little bit of video and ask somebody, my son, or anybody else who may be there, ‘would you take just two swings, one from behind and one from the front?’ I get the video from them, look at it right away, and most of the time I can help myself. I’ll ask my caddie to help with the video. It’s a simple thing – everybody has a cell phone and a camera. The problem is [that] most people don’t know what to look for. They see themselves on video and go ‘oh my gosh, that looks terrible’.  But they don’t really know how to fix it. They might say, ‘well, I’m coming over the top’, and it’s one thing to know that you’re coming over the top, but what’s the cause of it? I’ve always been one to ask about the cause because if I can’t fix the cause, I’m not going to fix the problem.

GRM: Chipping pre-round, what do we need as amateurs to improve on?

BL: Well, the contact [with] the ball is the [biggest] problem for them. They don’t hit the ball crisply. They ask me all the time “how do you get that backspin?” I tell them I hit the ball first.