Tour Edge announced that is has signed Top 100 golf instructor Shawn Humphries as a performance coach and teaching ambassador for the brand.

Humphries is one of the top golf instructors in the world and has become an industry leader in creating digital content for his students and followers. He is the Director and principal of Shawn Humphries Golf Performance and is also the Founder of Elite Performance Systems located in Grapevine, Texas.

“Shawn’s innovative approach with digital content has made the game of golf easier for hundreds of thousands of golfers over the past 30 years,” said Tour Edge Vice President of Marketing Jon Claffey. “Shawn will be applying his Elite Performance System to his content for followers of Tour Edge’s social media followers. His system is world class and has led to PGA Tour victories and even to Olympic Gold medals. He spent the entire 2018 training camp with the New Orleans Saints after only planning on being there a few days to present his system. Now look at their record! That goes to show you that Shawn has actually taken what he has learned as a top golf instructor and transcended it to all sports. We want to be able to share this caliber of coaching with all fans of Tour Edge and we plan on doing a video every other week sharing Shawn’s philosophy and teaching methods!”

Humphries is the keynote presenter in the GRAA Boot Camp Workshops each year put on in different PGA of America sections. He will also incorporate Tour Edge custom fit golf clubs into future instructional material for his recreational golfer training programs.

“I have always admired Tour Edge from afar as an American company that made amazing products,” said Humphries. “When they came out with Exotics 10 plus years ago, I was blown out of the water by the performance it offered. While other manufacturers started skimping on technology, materials and components, Tour Edge headed in the other direction, looking for the best materials possible to make the best performing clubs possible. It was this year when I noticed their explosion on the PGA Tour Champions that I knew I had to get involved.”

Humphries’ teaching experience has carried him across the country and around the globe. He’s taught on five of the seven continents in 12 different countries. Humphries served as the Director of The Byron Nelson Golf School at the Four Seasons Resort and Club in Dallas, Texas and Director of Instruction at Carmel Valley Ranch, Carmel, California, and Dallas Cowboys Golf Club.

He is a Golf Magazine Top 100 Teacher, GRAA Top 50 Coach, contributing writer to Golf and Golf Range Magazine and served on the PGA National Public Relations Committee. Humphries is the author of the best-selling book “Two Steps To A Perfect Golf Swing”, published by McGraw-Hill. He has been a featured guest on the NBC TODAY SHOW in New York, CNN, PGA Tour Network, ESPN and The Golf Channel. 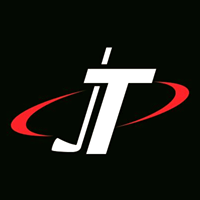 In 1986, David Glod founded Tour Edge with a focus on offering golfers with high quality and technologically advanced golf products that were as cutting edge as they were affordable. He is now considered one of the preeminent master club designers in golf club design and has led Tour Edge to be a Top 10 manufacturer in every club category.

Tour Edge products have been put in play on the PGA TOUR, PGA Tour Champions, LPGA Tour and Web.com Tour, as well as European professional tours, and have been in play in every PGA TOUR major event and in Ryder Cup competitions, leading to 17 wins for players playing Tour Edge products on the PGA Tours (10 PGA TOUR, 6 PGA Tour Champions and 1 Web.com Tour). In 2018 alone, Tour Edge clubs have earned seven wins, nine runner-up finishes, 34 Top 5 finishes and 60 Top 10 finishes on the three PGA Tours.

All Exotics and Hot Launch clubs are hand built in the United States in Batavia, Illinois and then distributed throughout the world. Every Tour Edge club comes with a Lifetime Warranty and a 30-day play guarantee.