Earlier this year TaylorMade Golf Company introduced the SLDR Mini Driver, a club designed for use off the tee that is incredibly accurate and longer off the tee than a 3-wood. Now, the makers of the No. 1 driver in golf are featuring a club designed to deliver incredible distance on tee shots and performance never before seen in a long iron. Introducing the Tour Preferred UDI (Ultimate Driving Iron). 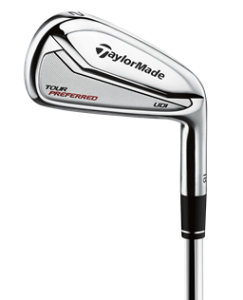 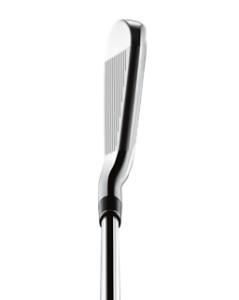 “We designed the Tour Preferred UDI for players seeking a versatile club that delivers incredible distance off the tee and a high-performance alternative from the fairway,” said TaylorMade’s Director of Iron Creation, Tomo Bystedt. “The clean, traditional look at address inspires confidence and the Speed Pocket technology provides amazing distance and consistency.”

A poster boy for distance and consistency, TaylorMade Tour Staff Professional Justin Rose, has played the UDI beautifully in his two recent wins (Quicken Loans National at Congressional and the Aberdeen Asset Management Scottish Open) and is a favorite at Royal Liverpool this week.

A 455 Carpenter Steel material, which generates more pronounced ball speed, along with milled score lines across the face also gives golfers tremendous control with the UDI – allowing them to flight shots lower and manipulate trajectory if they choose to. The lightweight KBS C-Taper Lite shaft comes stock in the UDI. The shaft promotes a mid to high trajectory and controlled spin. 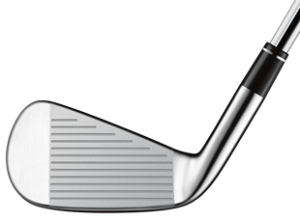 Available in 1-iron (16°), 2-iron (18°) and 3-iron (20°) options, the UDI features TaylorMade’s renowned Speed Pocket Technology. This tour-proven technology allows the face to flex more efficiently for better distance and greater consistency. In addition, this key design element is instrumental to creating the high launch conditions golfers experience with UDI. Other features include an advanced sound dampening system for a soft feel and a crisp sound that appeals to better players.

UDI was first introduced on the PGA Tour during the Quicken Loans National at Congressional Country Club in Bethesda, Maryland, where eventual champion Justin Rose elected to put the UDI in the bag. Firm and fast course conditions, which rivaled those of the 2010 U.S. Open at Congressional, made UDI a popular choice off the tee for Rose. TaylorMade is anticipating more golfers to put the UDI in play this week at the Open Championship at Royal Liverpool.

With an MSR of $199, the UDI will be available at retail on July 14, 2014. For more information, please go to taylormadegolf.com.