Following more than two decades of advanced research and development, TaylorMade Golf, makers of the No. 1 driver in golf, have developed a multi-material combination of titanium and a seven-layer carbon composite to unlock their longest driver and most fittable product line in company history, M1™. In M1, engineers have created a line of drivers, fairways and Rescue® clubs designed to provide golfers with more ball speed, forgiveness and distance in TaylorMade’s first-ever “unmetalwood” family.

Every golfer’s swing is unique, and as the industry leader in product innovation, TaylorMade answered the challenge in delivering more performance to players of all skill levels with the introduction of M1 and its multi-material construction (driver and fairway); delivering more speed, high launch, low spin, and increased ball speed protection.

The use of revolutionary carbon composite crown design in TaylorMade’s new M1 driver resulted in a significant decrease in overall club weight and allowed engineers to lower the CG and add a revolutionary T-Track system that houses 25g of adjustable weight, enabling the golfer to personalize their driver more than with any product before. TaylorMade’s research and development team’s internal acoustic management techniques have led to the M1 driver’s best in class sound, which has been meticulously crafted to control vibration and pitch at impact.

With the savings in discretionary weight from the seven-layer carbon composite crown, TaylorMade was able to introduce its revolutionary new T-Track system; one essential key to the M1’s fitting performance. The M1 Driver features one 15g moveable weight in the Front Track, sliding from heel to toe, allowing golfers to adjust their draw or fade bias by up to 25 yards. Similarly, the Back Track on the M1 Driver allows the golfer 10g of moveable weight, sliding from front to back, permitting up to 300rpm of backspin and 0.8 degree in launch angle adjustment. The entire T-Track system has been placed low on the sole so regardless of moveable weight positions, the club still maintains a low center of gravity to deliver optimal trajectory.

Previous drivers have allowed golfers to move weight from left to right and others from front to back, but with M1, golfers have the ability to adjust their fade or draw, while simultaneously personalizing their spin and forgiveness settings with the back track. Trajectory and launch conditions are ultimately improved so that golfers can control their tee shots like never before with these precise, personalized specifications. With a plethora of possible fitting combinations, the M1 driver is TaylorMade’s most fittable driver to date.

M1 has an incredibly low CG, lower than R15 in fact, which essentially projects at center face and increases the energy transfer at impact. Because the CG has been lowered to such an effective location, M1 provides golfers with the option to shift it back to increase MOI without compromising ideal launch conditions, which results in high launch, low spin, more ball speed more often.

Designed and built to be the best performing golf products in the world, M1’s engineers also sought the perfect blend of form and function in the club’s aesthetics and club alignment. The endeavor brought forward the authenticity of the club’s materials in a way that produced the most effective, visually appealing alignment system of any TaylorMade product to date. The combination of the black face, white forward section and composite rear of the M1’s crown is not only visually attractive, but provides golfers with a confidence-inspiring alignment aid at address.

The multi-material construction of the M1 driver not only unlocks TaylorMade’s longest driver, but it also opens the door to unrivaled performance personalization. The 12 position loft sleeve provides up to four degrees of loft adjustment, the T-Track can be set for more/less draw/fade and higher/lower trajectory, all combined with a choice of three tour-proven, premium stock aftermarket shaft offerings: a mid/high-flighted Fujikura Pro 60, mid-flight Kuro Kage Silver TiNi 60, and a lower-flighted Aldila Rogue 70 110 MSI. TaylorMade is also offering an additional 25 premium custom shaft options at no upcharge, having partnered with many of the industry’s leading shaft manufacturers to deliver golfers an unparalleled array of options to completely dial in and personalize the M1.

Complementing the M1 driver is the M1 fairway, the company’s first multi-material designed fairway, engineered to be the company’s most adjustable fairway to date. Featuring the same Front Track system as the M1 driver, the M1 fairway utilizes two 15g tungsten weights that can slide easily to promote a draw or fade using the TaylorMade torque wrench. The carbon composite crown allowed for 30g of total moveable weight, 5g more than in the R15 fairway. Having two 15g weights also allows for the golfer to split them, thus increasing the clubs’ inertia and ultimately, protecting ball speed on mis-hits. The front track of the M1 fairway also features a reduced channel to improve turf-to-sole interaction. The M1 fairway is equipped with a four degree loft sleeve, which allows for a two degree increase or decrease in loft.

Similar to the M1 driver and fairway, the M1 Rescue has been refined by extensive input from our athletes to be designed for the best players in the world. Similar to the original Rescue club from TaylorMade, the new M1 Rescue has classic, tour-inspired shaping that enables increased playability from a variety of lies on the course. In combination with 1.5 degree loft sleeve, the M1 Rescue also features two moveable weights (one 3g and one 25g) that can be set for neutral or fade bias to optimize shot shape and trajectory. Additionally, the M1 Rescue has a speed pocket, increases the size of the sweet spot and reducing spin.

“At TaylorMade, we always pride ourselves on improving our metalwood performance and distance each year,” said Brian Bazzel, Senior Director of Product Creation. “With the constant advances in titanium technology, we found ourselves at a crossroads, one where the R15 was almost unbeatable. We have an allegiance to performance and we were willing to use whatever material or construction necessary to deliver it. I believe the new M1 is a true reflection of our dedication to improving golfers through innovative designs.”

*#1 Driver in Golf claim based on combined 2014 wins and usage on the PGA, European, Japan Golf, Web.com, Champions and LPGA Tours, as reported by the Darrell Survey Co. and Sports Marketing Surveys, Inc. 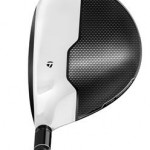 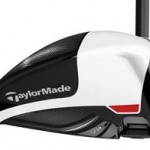 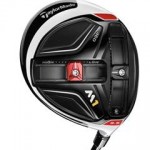 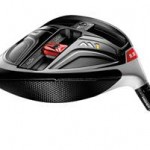 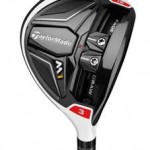 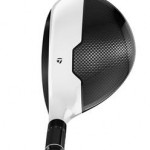 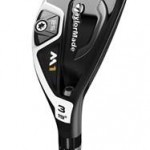 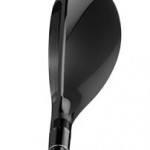