Chris Cooper arrives at the office shortly after 8 a.m., reaches into an oven-like machine and pulls out a freshly baked batch of wedges. Cooper is a stout man with broad shoulders, so if someone told you he was a baker you probably wouldn’t question it. But it couldn’t be further from the truth. Cooper is the Senior CAD Specialist in Srixon/Cleveland Golf’s research and development department.

The “oven-like” machine is in fact a state of the art 3D printer that Cooper and the team use to create perfectly proportionate plastic models of all the club designs and prototypes the company creates.

On average, the company is running their 3D printer four nights a week. Cooper sets up the print when he leaves the office in the evening, and models are ready view the next morning. “The time it takes for the model to print all depends on the vertical height,” he says. “It takes about 4.5 hours for every vertical inch. Our most recent prints took 13 and 14 hours – each resulting in eight different wedge designs.” 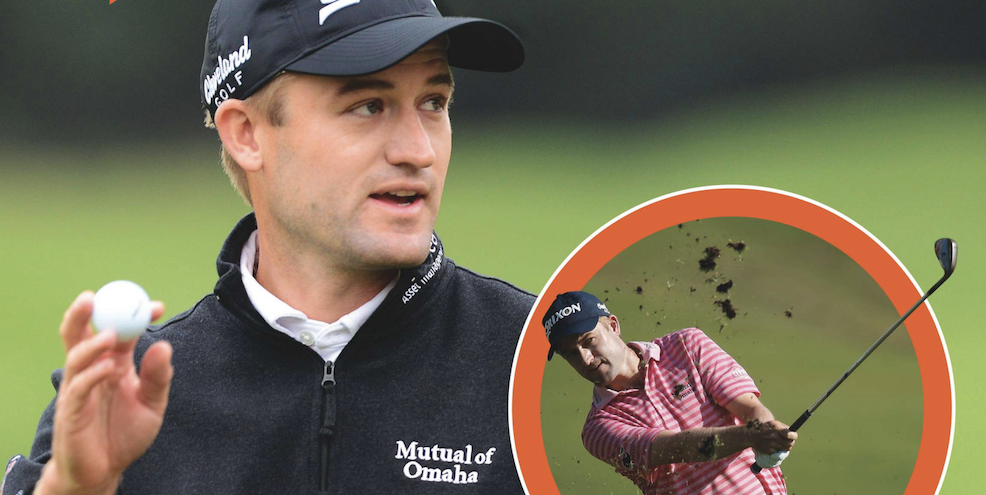 What does the company do with those prints, and why are they printing so many?

“We use the prints to evaluate a variety of things. We look at sole geometries, different transitions, shapes, leading edges and how the club sits when you address the ball,” adds Dustin Brekke, the company’s Engineering Manager. “For our design meetings, not everyone on our team is running CAD (computer-aided design) software. So we bring marketing, tour support and other departments into a room and show them 15 different 3D prints. They’re able to quickly look through them, hold them in their hands and see the differences, vs. scrolling through designs in a PDF or CAD viewer.

“As we build it up and pass it through different departments, everyone is looking for different elements that correlate to their work.”

For any golf equipment manufacturer, some of the most important departmental work takes place outside the office: On the range and in between the ropes of the PGA Tour. Srixon/Cleveland has been able to utilize their propensity for 3D printing in a very unique way when it comes to the tour.

“We send 3D prints out with our tour team and have them gather feedback from our staff professionals,” says Patrick Ripp, Srixon/Cleveland’s Research and Business Solutions Engineer. “For example, we’ll bring out 20 different prototype putter shapes, and see which few they gravitate towards. Then we’ll start milling and making metal options of those shapes to test. This way we get their initial feedback without spending a ton of money to machine each individual prototype.”

The cost for a single 3D print ranges from $25-$50, from there the company uses the printouts to create additional club heads using a rapid prototype (RP) system. Each RP costs approximately $25. In comparison, a single metal milling of the prototype putter or wedge could cost the company a few hundred bucks. But it’s not just the cost of materials that Srixon/Cleveland saves money on by using 3D printouts so frequently. “It may take an operator 14-16 hours worth of machine to time finish milling a single metal piece,” says Brekke. “3D printing does not require than consistent monitoring. We set it up in the evening and clean up the final prints in the morning – which combined takes about 20 minutes. From a cost standpoint, a large part of it is the human resources we save by using more 3D printings vs. having millings done for prototypes.”

From a timeline perspective, about 12-15 months before a product hits the market Srixon/Cleveland is printing 3D models fast and furious in an effort to fine-tune design. It’s at this same period that they’re working closely with their tour staff to make sure the products fit the eye of the world’s best players.

“They’ll bring these 3D models out to us on the range at tour stops or in the tour van, and we’ll get a really early look at what’s coming down the line,” says Russell Knox, who plays Srixon irons, driver and ball along with Cleveland wedges. “It’s neat to see and to provide feedback; then see some of the things we talked about show up in the finish product.”

“We brought out some 3D protos this year during the PGA Tour’s west coast swing,” says Ripp, who’s based at the company’s Huntington Beach, California headquarters. “Then a few weeks later at Bay Hill we brought revised prototypes and got more feedback. It’s much fast and easier then milling things. The turnaround time on getting a tour player’s feedback and then delivering a new model is much shorter. It helps us get to a final, tour-inspired design quicker.”

If you have a student that spends a lot of time grinding on the range and has yet to see the results they’re looking for, perhaps share some of Russell Knox’s practice philosophies with them: “I’m into quality not quantity. For me, it’s better to spend 45 minutes all-in vs. four hours whacking balls where you can lose focus for large blocks of time. I like to get out there and really work on specific shots. I’ll picture fairways and hit fades or draws to shape them into the fairway I’ve envisioned. Wedge shots to.

“As to whether I’m playing at home in Scotland or here in the States, I’ll do the same thing – spend time envisioning the type of shots I’ll hit on the course. I’ll take breaks and between shots, just like you would one the golf course. Really just get into it and create a level of pressure. One thing you can do is rotate through clubs fairly quickly, to kind of simulate what happens on course because you rarely hit the same club twice.

“During tournament week, I really limit my practice. I don’t want to spend a lot of time on the range, I’m there to play and compete. I don’t want to waste energy practicing. I know I’m in the minority in that thinking, but it works for me. After a round, I never practice. Rest comes first.”