As the summer season approaches in Greensboro, North Carolina, an ambitious project creating a new short game practice area at Sedgefield Country Club nears completion. The upgrade is slated for completion just in time for the PGA Tour’s Wyndham Championship scheduled for August 13-16.

While the touring pros will certainly enjoy the new facility, it will also be a boon for club members. “The larger space will certainly accommodate more players practicing at the same time and offers many different types of shots,” said the club’s PGA General Manager, Rocky Brooks. “The architecture of the new short game area is also more representative of the type of shots players will be confronted [with] while on the course. This new area also allows spectators a better venue to watch players prepare for their rounds.” Brooks added, “This upgrade will definitely help us attract and retain new members. Anytime you give members time to improve their golf games, they are much more likely to play more golf and spend more time at the club.” 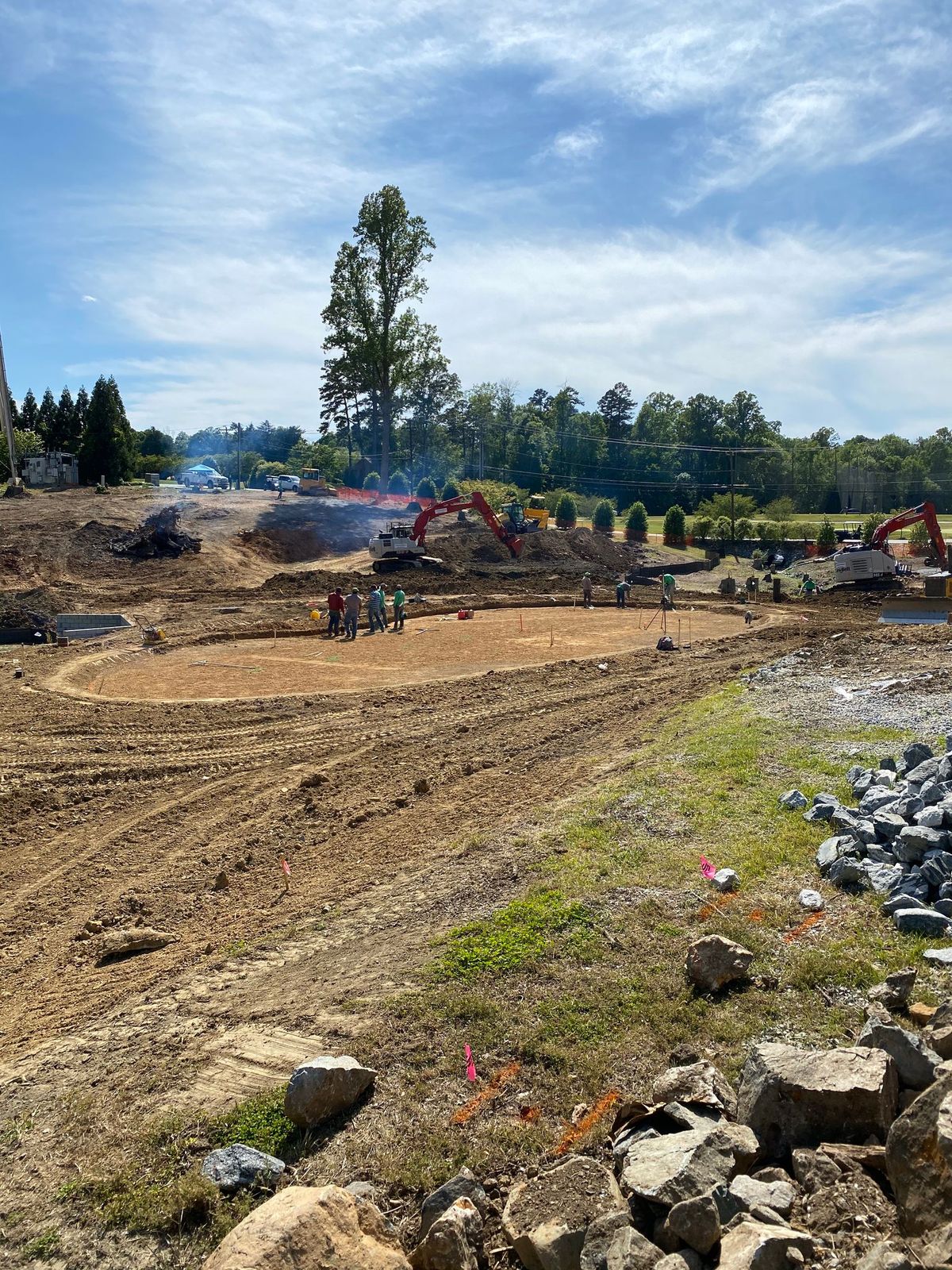 The club’s PGA Head Professional, Eric Ferguson, concurred, “The membership is very excited to see the finished project. As for retaining members and encouraging new membership, for us, it is just another enhanced feature and definitely presents a `wow factor’ when arriving at the club. The folks with the Wyndham Championship and Tournament Director Mark Brazil had a real vision in mind to enhance this area. Without their help, we definitely would not have been able to pull this off.”

Ferguson is excited to have a new golf amenity that will help to grow the club’s teaching programs. “From beginners to the advanced player, we now will be able to help players execute just about any shot they will see on the golf course. For our junior golf programs, it is almost like we have our own two-hole golf course for them to learn on.” 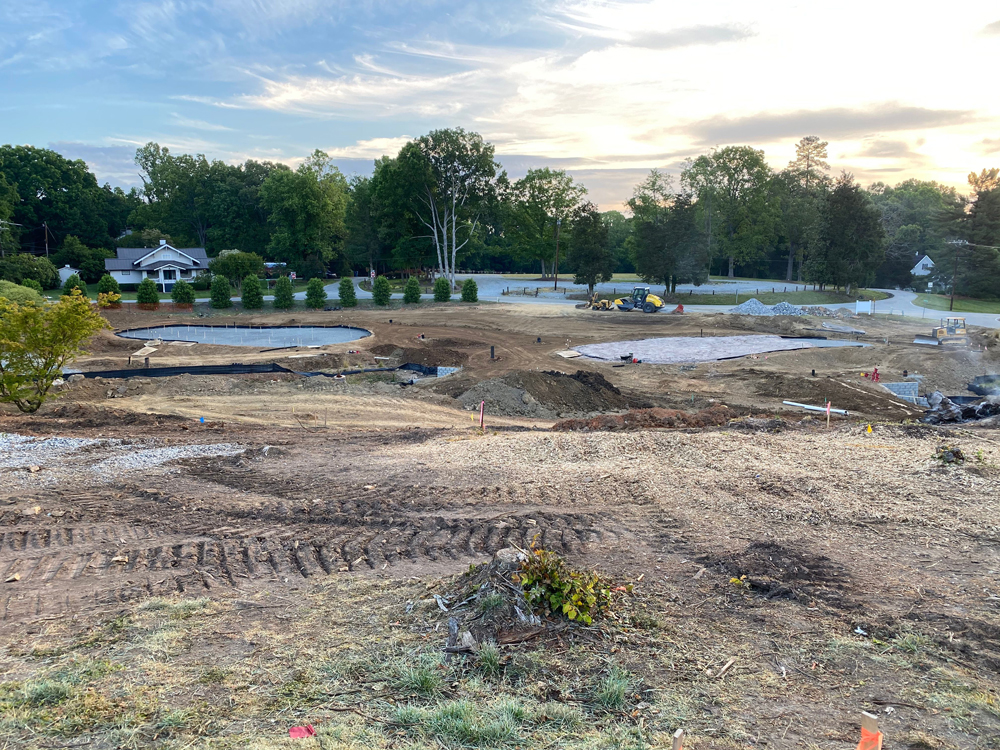 Brooks added, “The layout and size of our new short game area afford us the opportunity to work with multiple students (men, ladies, or juniors) at the same time. This new practice facility is a luxury most clubs don’t have the space for and will be a tremendous asset for Sedgefield Country Club, as well as visiting members from the other McConnell Golf properties.”

Sedgefield Country Club’s existing short game facility was fairly small (1,500 square feet of short grass area) and club officials saw a clear need to have added space and usability for the tournament and membership. The new facility covers just under two acres. It will feature two greens that are about 3,600 square feet apiece and three bunkers that will give players the option to work on greenside bunker shots, as well as those 30- to 40-yard bunker shots. The new area will give the club about 15,000 square feet of short grass area, allowing for up to 15 players hitting shots from a variety of locations during more normal times. While social distancing measures are implemented, the larger space will work in the club’s favor to enable a comfortable number of golfers to practice at a time. Before the upgrade, the facility could accommodate only around six players at a time. 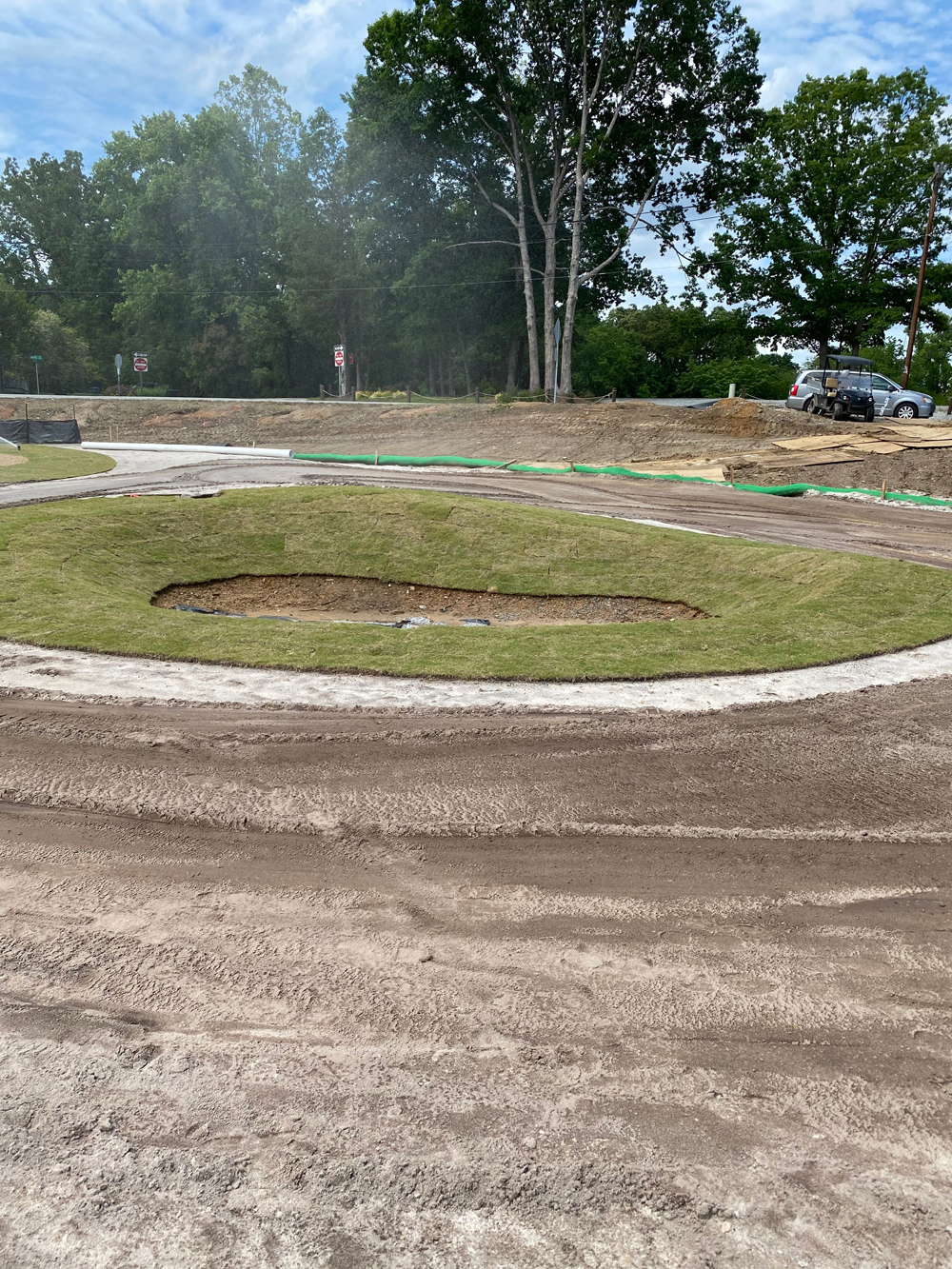 Green Tee Golf of Augusta, Georgia, was chosen to do the work. Steve Wenzloff, Vice President of the company’s Design Services and Player Liaison for the PGA Tour, was the architect in charge of the project.

“Steve Wenzloff went out and looked at existing greens on the golf course and really focused on trying to mirror something that we currently have, and actually decided to use some characteristics of the greens on holes 13 and 14 for the new short game area,” Ferguson explained. “Being that these greens are smaller in scale, the slopes are not as exaggerated, but the features are still there. It will give players a chance to experience situations we have on the course.” 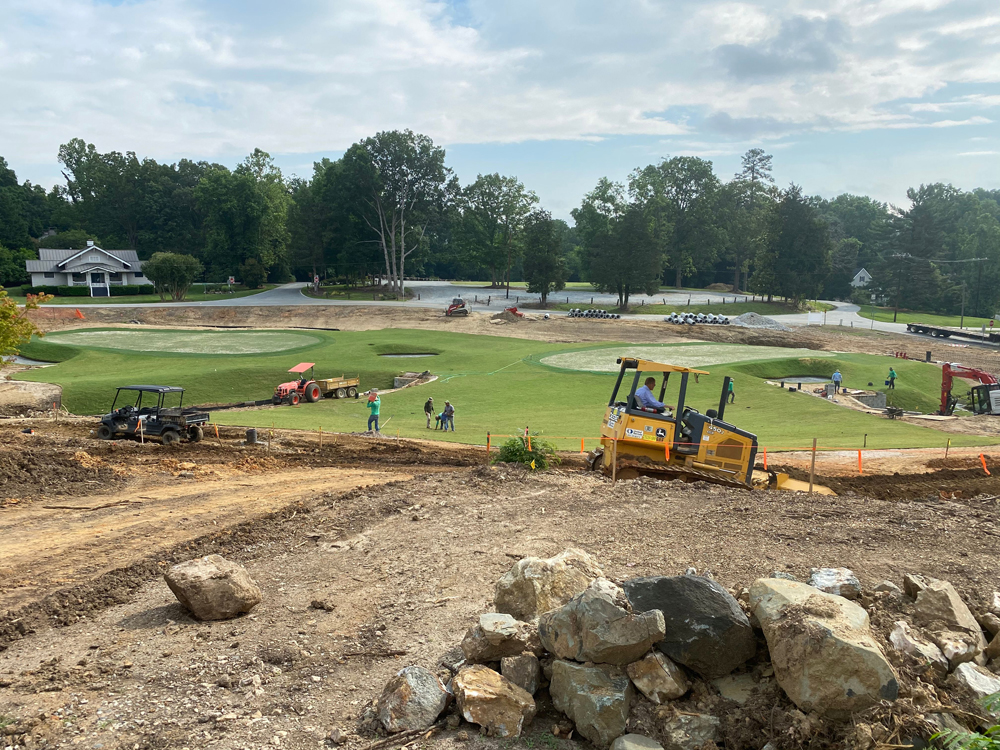 As of the beginning of June, the project was about 70 percent finished, according to Ferguson. “The crew will be finished in about three weeks and then will turn everything over to Golf Course Superintendent, Chad Cromer, and his staff. It will be about eight weeks before the project will be fully grown in.”

The only hurdle the project faced, Ferguson said, was getting the permits done during the COVID-19 pandemic in a time frame that allowed the project to be started and finished before the tournament. “A creek that runs through the new short game area is a very sensitive area and additional steps were added to make sure the water is filtered before it goes into the creek. Everything else has gone according to plan with the project.” That sounds like some welcome good news for professionals and club members alike.