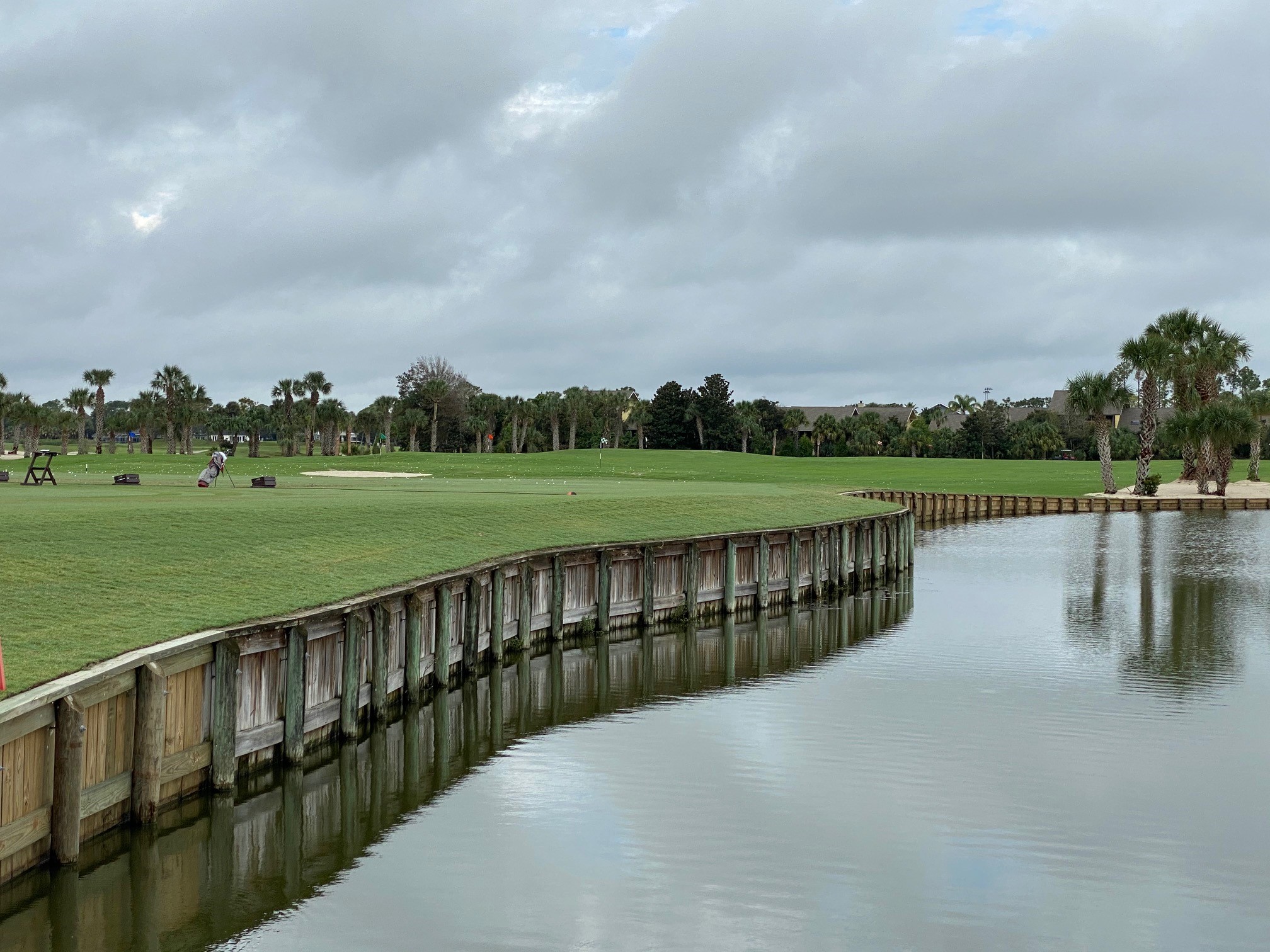 Before THE PLAYERS Championship became known for the island green of TPC Sawgrass’ 17th hole, the annual event was played at nearby Sawgrass Country Club. As this tournament evolved into what they now call “The Fifth Major”, TPC Sawgrass has become one of the most recognizable names in golf. Located less than fifteen minutes from each other, TPC Sawgrass and Sawgrass Country Club have redefined their individual identities to serve the game of golf in different, but very important ways. 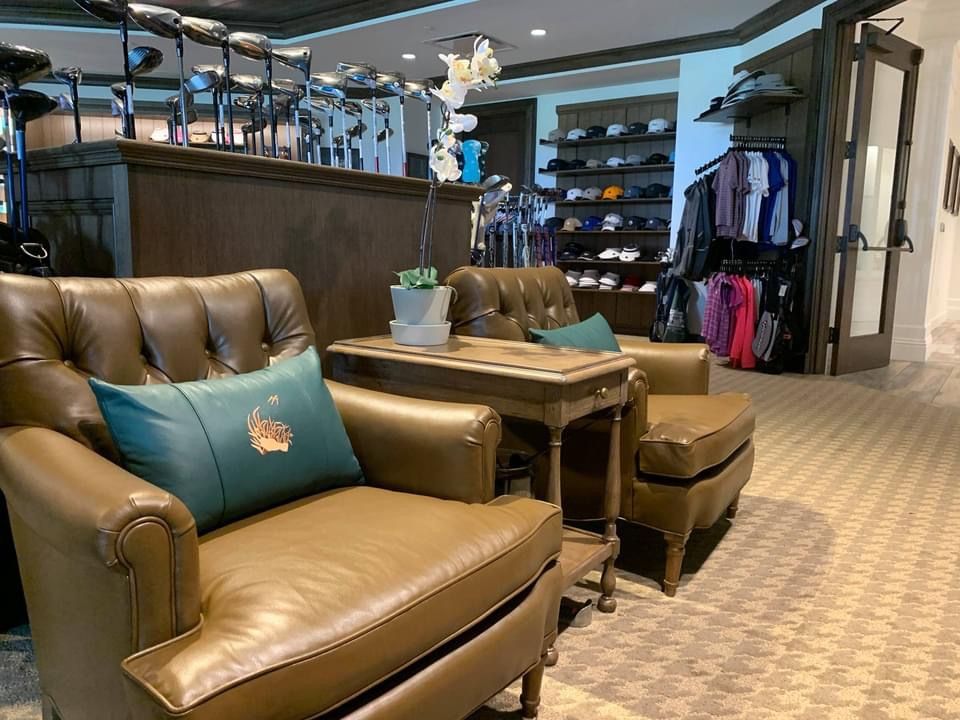 Sawgrass Country Club’s beginnings can be traced back to the late 1960s when the land was first acquired. The East-West Course opened in 1974 and just one year later the PGA Tour awarded its young Tournament Players Championship to the even younger Sawgrass Country Club. The tournament was played at Sawgrass Country Club from 1977-1981. For the next four decades, the facility would see course and practice facility renovations, resulting in the premier member-owned private club in Northeast Florida.

These days, the club is thriving with 27 holes, 625 golf memberships, and 1,400 total members. I recently spoke with Stefan Brunt, the club’s PGA Director of Golf, who detailed some exciting renovations that took place over the past two years. 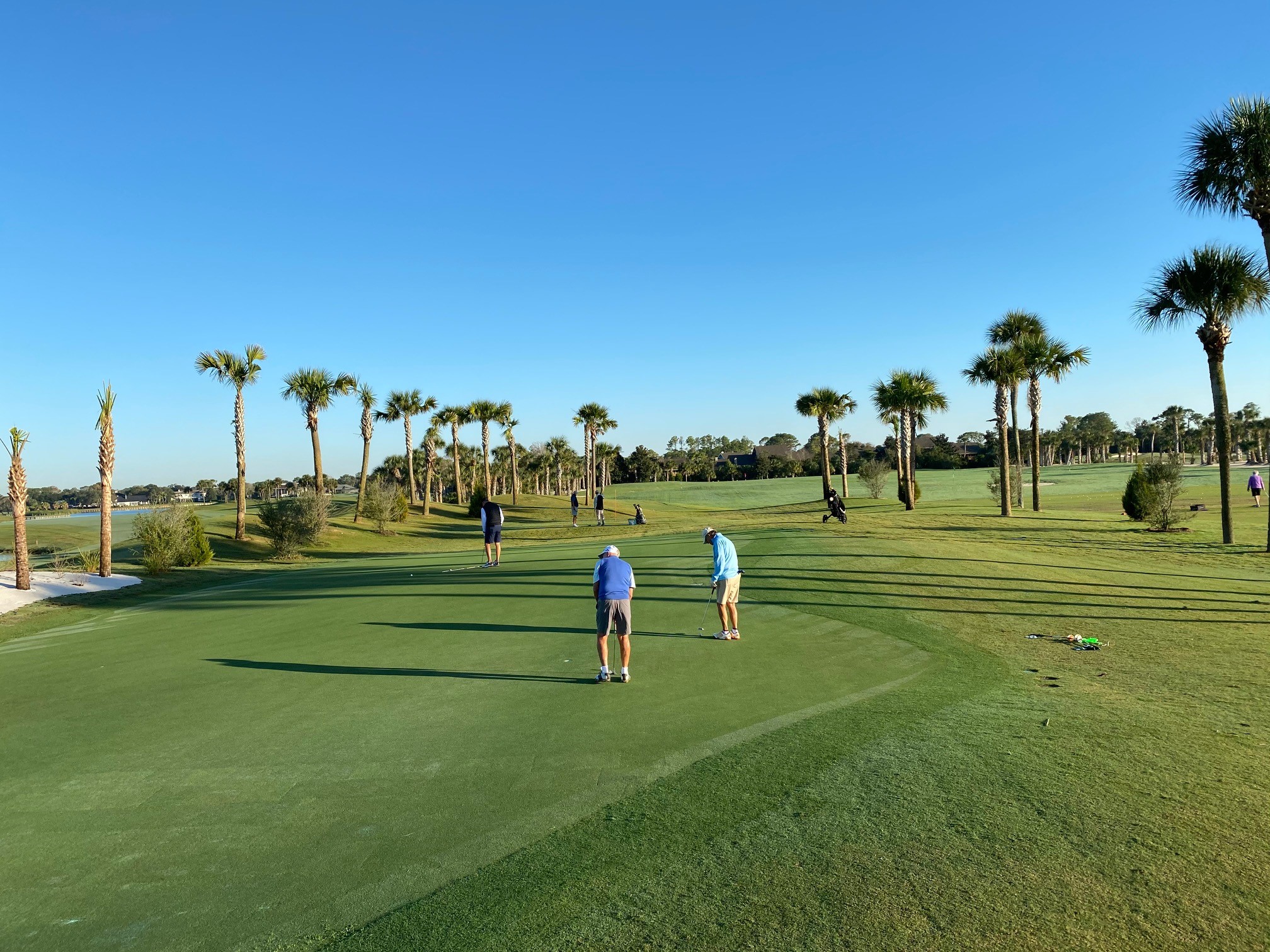 On the day I spoke with Brunt, he was getting ready to celebrate the opening of a new 40,000 square foot clubhouse, an exciting time for any club. In addition to the work on the clubhouse itself, the project included new paver cart paths, a brand-new staging area, a new bag drop, and a change in elevation of the land on which the new clubhouse stands. While the club had a plan for range renovations due subsequent to the clubhouse overhaul, the scope of the clubhouse changes necessitated bumping up the range makeover as well. 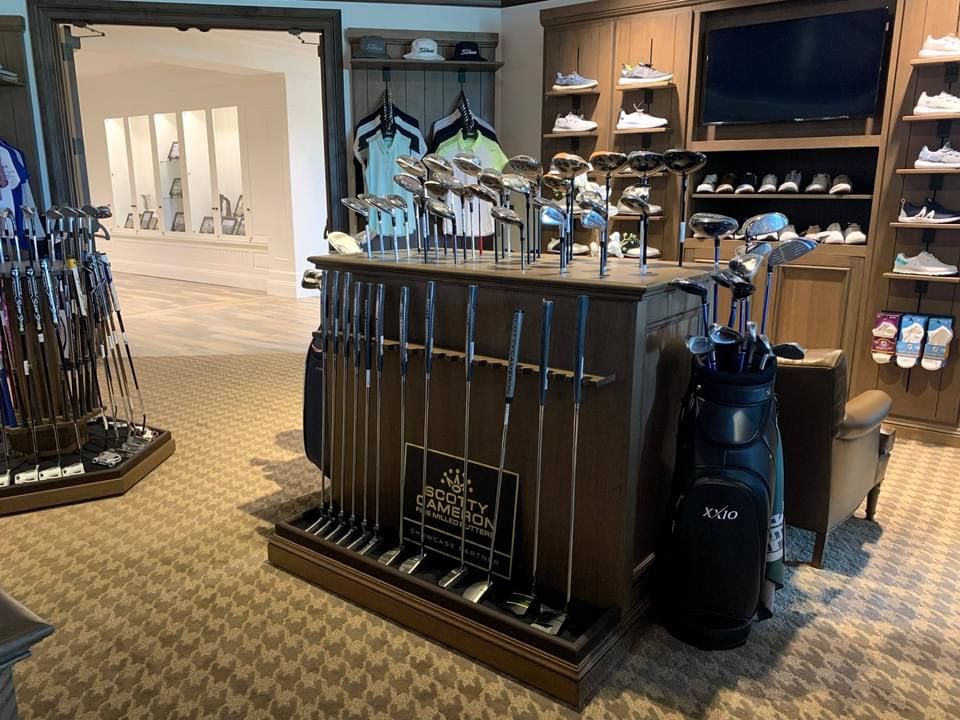 “We laser-leveled the entire hitting deck and extended the bulkhead in the lake that is adjacent to the driving range and first tee to create an incredible visual as you enter the property,” Brunt explained. “We added some significant hitting area, which was our original go-to plan.”

With the contractors already onsite for the clubhouse renovations, and ready to move ahead with the complete range project, the Board approved expediting the range job – they would now get done simultaneously. The entire range body was redone, new targets were added, and the putting green was expanded by 40 percent as well. “Now we have a fully-functional new facility that, in our opinion, matches very well with our brand-new clubhouse,” Brunt boasted.

The range can accommodate up to twenty-four stations from east to west and gives Brunt and his staff a solid thirty-four days’ worth of hitting before they have to cycle back and start the rotation again. In addition to this expansive grass teeing area, there is a portion of the range that is comprised of an artificial surface that is used to subsidize tee space when needed. “We’re probably 90 percent on grass year-round with the exception of when we overseed,” Brunt stated. 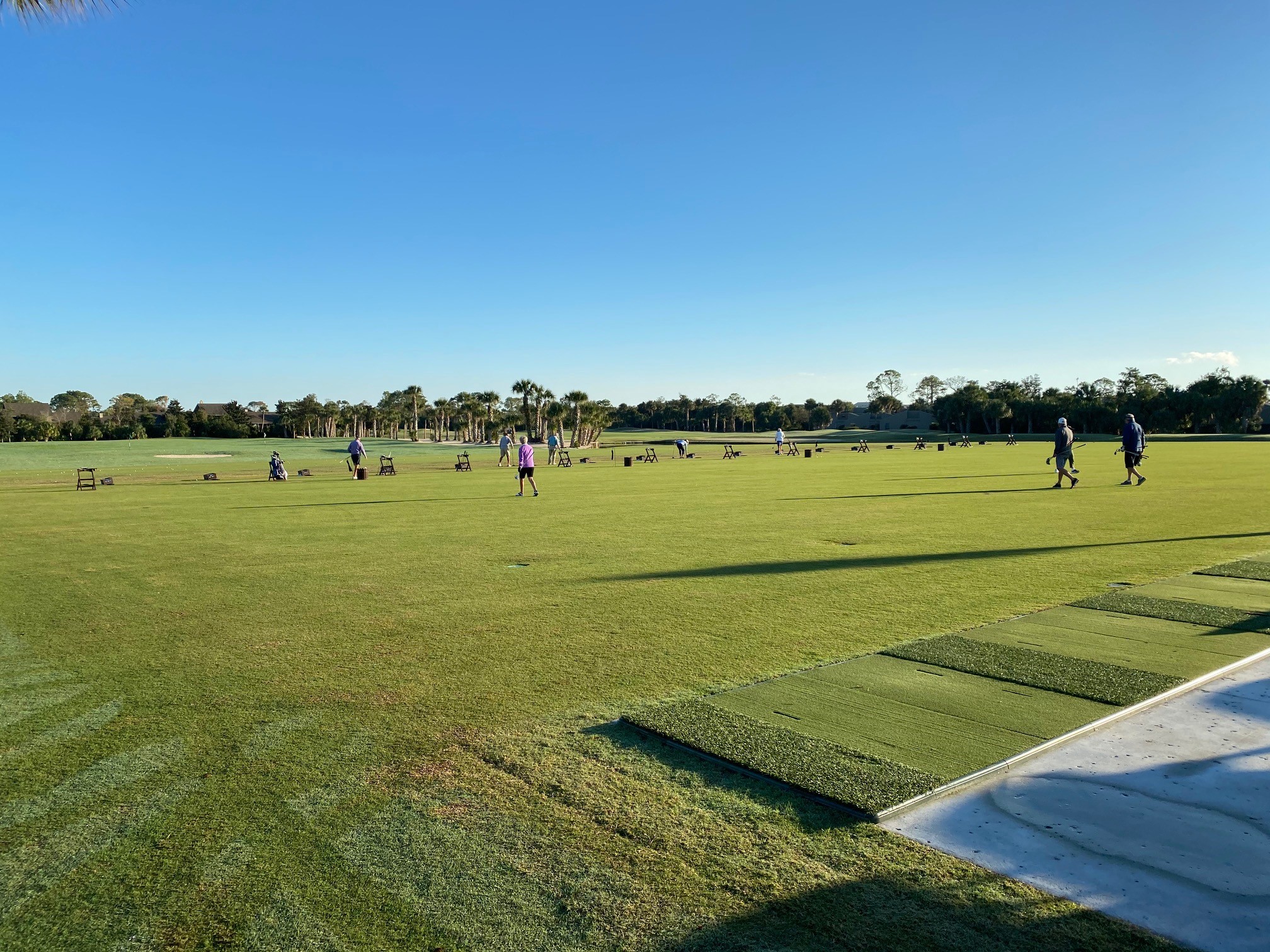 “With the expansion of the tee area, we cleared out the sides of our range a little and started to create an old Florida feel through strategic landscaping,” Brunt added. “Also, we basically flattened the whole body of the range and added eight new target greens, all sloped towards the hitting area for a great visual. We were also able to maximize drainage and irrigation through this project.” 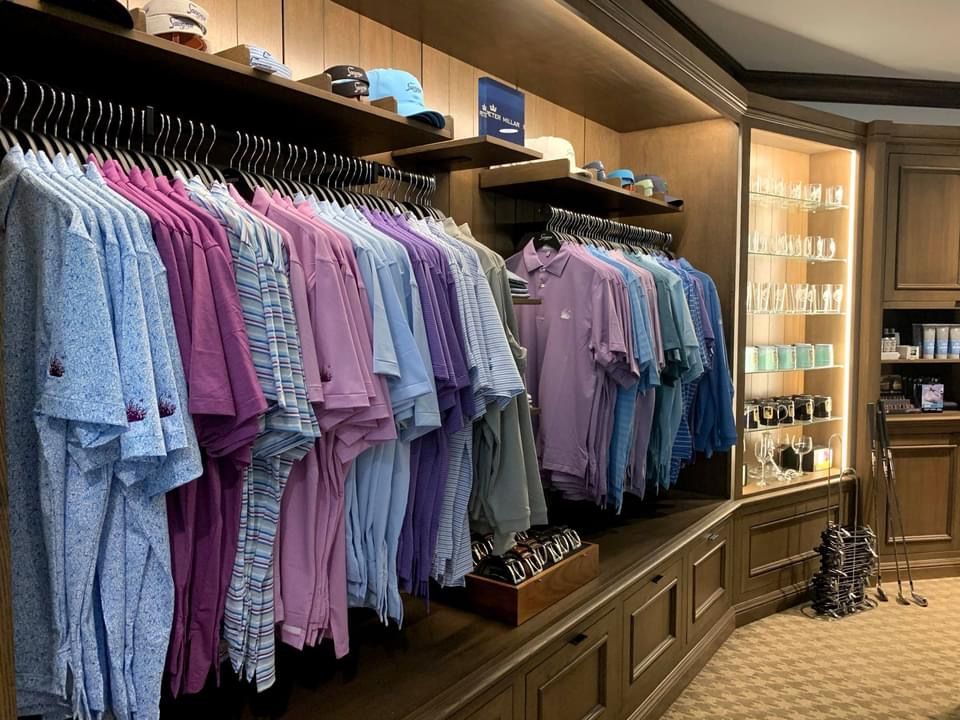 The short game area is adjacent to the putting green and was significantly enlarged, creating more usable space for members to practice and work on their games. A new, deeper bunker was added with the same thinking in mind. In addition, Brunt stated that the new bunker more accurately resembles what players will encounter on the golf course. The range and short game area are parallel to each other with an additional fairway bunker strategically located, allowing members to hit onto the range from the bunker.

“This is one of the most significant projects that has been done to the practice facility in some time,” Brunt explained. The full range job started in June to coincide with required clubhouse maintenance. The bulk of the range work was done in the first two weeks of August, with the putting green expansion taking place within the same month, quite an aggressive timeline for sure. Brunt was happy to report that rounds are ahead of projections by about 4,000 rounds, as of the end of September, a claim we’ve heard throughout the country in this uncertain and unusual year. This increase in play is fully-attributable to the dedicated Sawgrass Country Club members, as guests have not been allowed on the property this year.

The members were glad these renovation jobs were able to get done and were patient throughout the endeavor. They look forward to a more normal 2021, sharing their beautiful new amenities with friends, family, and guests. 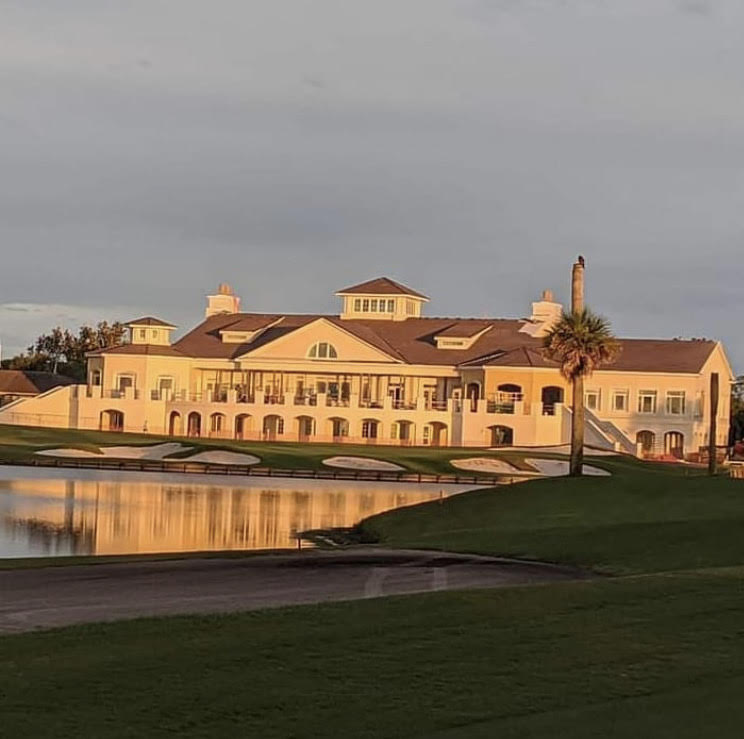