Round-tracking Analytics Are Set to Change Golf Strategy and Practice

A new wave of number-crunching will empower the golf coach to dissect on-course performance, offer strategy tips that aren’t guesswork and supervise practice in a way that fast-tracks lower scores

Research, metrics, analytics, diagnostics, programmed practice, repetitions and motor skill acquisition. These concepts are waves that keep rolling to shore in what used to be the laid-back field of golf instruction. It’s been happening for a while, but the appearance of new books by Mark Broadie – a professor at Columbia Business School–and Dan Abrahams, who is the Lead Psychologist for England Golf, make this a corner-turning moment. Other new indicators include the PGA of America’s endorsement of the round-tracking, data-harvesting Game Golf system. In tandem with Golf Channel, the PGA is sending a signal that the sort of teaching practiced by the Jack Grouts, Harvey Penicks and DeDe Owens of the world will live on only partially.

In Broadie’s insightful book, “Every Shot Counts,” several chapters plunge deep (though with clarity and very direct language) into the professor’s “strokes gained” argument. Compared to the performance stats we are used to, it stands as a much sharper and more meaningful read on the relationship between shot-playing and scoring. Broadie divides his analysis into strokes gained putting and strokes gained off the green, often qualifying his citation of facts with the phrase “… in the ShotLink era.” That’s his nod to the decade-old data-crunching machinery represented by ShotLink, with its a capacity to probe, test, theorize—then confirm or deny the theory—how tour players are able (or not so able) to attack golf courses. It is only now being manipulated in a way that approaches what saber-metrics provides to baseball. Nuggets from the Broadie book include:

Remember, the pro tour is the laboratory where all these discoveries are taking place—just as major league baseball, not your corporate softball league, is where “Moneyball”-type data revealed what really matters to wins and losses on the diamond. Strokes gained putting (you may lready recognize “SGP” as a featured PGA Tour stat on its website) is the tour average number of strokes to hole out minus the number of putts taken by the golfer being evaluated—adjusted for distance. In a given round, Player X has so many feet of first putts: if he hit every approach shot (or par-3 tee shot) to 10 feet, that would be 180 feet of putts, and there is a known tour average from that distance. 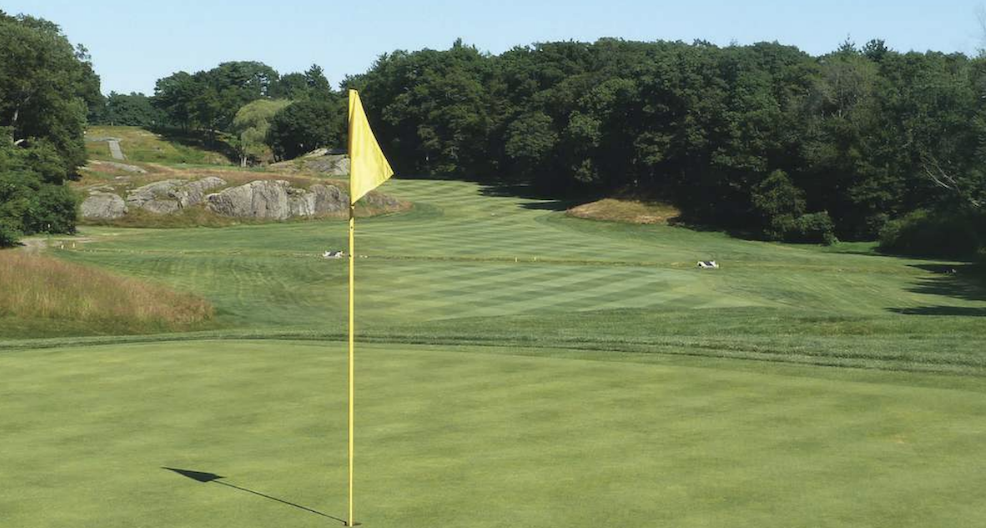 Strokes gained off the green is also a clear, cold, reality-based metric, in which tour average is known from the millions of ShotLink-logged golf shots in the database. It can be held up against Player X’s tee-to-green performance (also reported by ShotLink) on a given day or throughout any period. The best way to understand strokes gained off the green is to grasp the fact that a large volume of relevant, valid data could be gathered by having our Player X spend the day hitting one shot per hole on a PGA Tour course (even if he never holes out), perhaps going around three times to beef up the data.

He could hit tee shots on the par-5s and a handful of long par-4s. He could tee off on all the par-3 holes. You could have him hit from the 225-yard mark on six of the longer holes. You could drop a ball for him in 6 different fairway bunkers and have him play from there. All you would have to do is then identify the spot where his shots land—each of which is rated according to the average number of shots (including, of course, fractions of shots) the average player needs to get down from that spot. There is a baseline for all shots, given their distance from the hole and whether the lie is fairway, off-fairway or sand.

All the measurements and stats in the new era that Broadie’s book heralds are based on the strokes a golfer executes and how those strokes correspond to scoring—because we now know with absolute certainty how the scores of tour players are compiled. We know that, on tour, four-foot putts require 1.13 strokes to get themselves holed. If there were exactly 100 four-footers in the second round of the ninth tour event of the season, the players who faced those four-footers would need 113 putts to get them all to drop.

Chapter 8 in Broadie’s book is titled, “Tee-to-Green Strategy: How Data and Optimization Can Lower Your Score.” As in other sections of the book, the author here spends time extolling the value of computer simulation as applied to the play of a given hole. Armed with huge amounts of precise, recorded information on actual play of that hole by actual golfers (of identified skill levels), Broadie is able to whip through examples of how scoring is affected by every conceivable shot outcome. By seeing the outcomes and how they numerically relate to final score on the hole, he can move straight to the strategic question of where the 10-handicap (or 20-handicap, etc.) has planned to hit his shot, and address the question of whether that plan is as low-risk and high-reward as it can possibly be.

These are the very early days of analysis and diagnosis of golf skill as it relates to scoring. But even though it’s the early days, things are happening fast. Hardware-software systems like Game Golf, now in its rollout phase, deliver to amateurs what ShotLink has provided to touring professionals. Within the expanding world of golf coaching, the analytics of the golf game John Q. Student currently plays are about to get much more meaningful. Some of what’s coming is a relief, because it dismisses golf strategy that sounds smart because it’s cautious, and yet the cold numbers don’t back it up. As in the bullet item above describing layup strategy, the data favors aggressive play considerably more often than most people in the golf world would expect.

So, the new analytics do a lot. They clear the fog, they get us past certain strategy concepts that frankly take fun out of the game, and they set the stage for coaching that can make great use of metrics, such as Trackman data, SAM PuttLab data, scores on target games, etc. Once those numbers get generated, they can be compiled and even shared on social media using eye-catching graphics that appear on smartphones and laptop screens. Practice was always a basically good idea, but supervised practice targeting the skills proven to be most needed and influential—followed by post-mortems on the round that accurately nail each of the stroke-saving or stroke-spending decisions—is a whole new ball game for both the golf coach and the golfer.