Several years ago, during discussions about the need to develop a master improvement plan, Seabrook Island Club officials realized any such project was going to have to include an upgrade of the John’s Island, South Carolina club’s practice facility.

“Our membership expressed a desire for an improved range and practice experience,” says Brian Thelan, the club’s PGA head professional. “So we felt it was in the club’s best interest to include that in the master plan, as well.”

Well, not only were range enhancements included in the plan, they became a priority.

Architect Rees Jones was chosen to create and oversee the work. His father, Robert Trent Jones Sr., was the architect for the club’s Crooked Oaks course, one of two layouts (Ocean Winds the other) at the club. A detailed plan was created for the practice facility, and it took eight weeks to complete the upgrades. 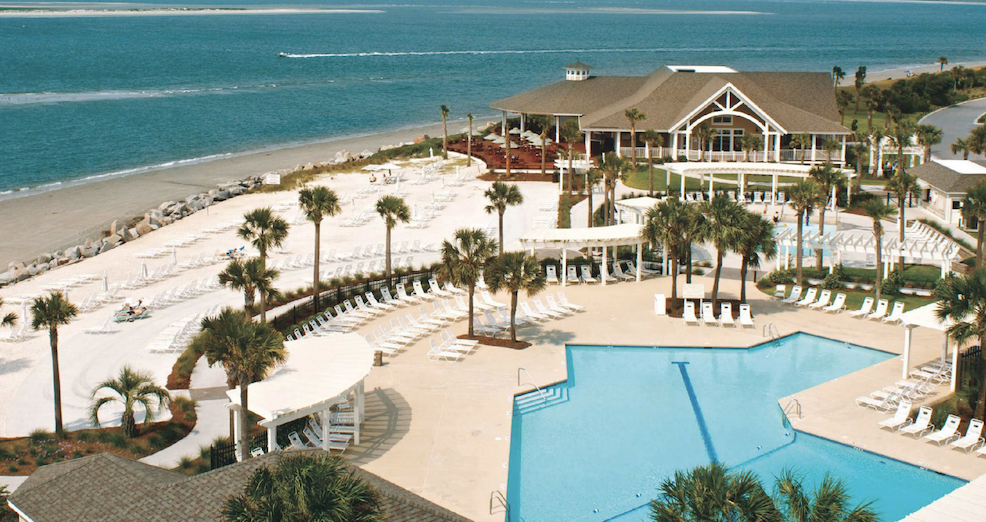 Notably, work on the practice grounds included the installation of a 200-foot long artificial tee line by the company TurfHound, which was added along the backside of the range with 22 hitting stations. The range, which was expanded by 7,500 square feet, now also consists of a 40,000-square-foot Celebration Bermuda grass tee area (enlarged by a third) and six target greens. The facility also has two practice putting greens and a short game area.

The tee line was laser leveled with a one percent grade from back to front, and new drainage and irrigation was added so all areas of the tee receive irrigation coverage equally and that all areas drain well. The first tee on the Crooked Oaks course was moved about 35 feet farther away from the practice facility to accommodate the back hitting area. The total cost of the project was $350,000.

Rees Jones said his company was pleased that the project successfully added considerably more practice hitting areas for members and guests at Seabrook Island Club, and that a new target green was able to be installed.

“The practice facility is situated in an ideal position on the property, close to the clubhouse and golf shop and between the first holes of the two courses,” adds Jones. “This was the first phase of what will be a 36-hole master plan for the club.”

Says Thelan: “The TurfHound tee line is a patented product that is the best I’ve seen and has been extremely well received by our members. We now have more tee space, and better turf year round because the grass has time to regenerate before we move players back to the real grass hitting area. The artificial tee line greatly enhances this regeneration process, especially during winter when the Bermuda grass is dormant.”

Other benefits of the new back tee line are the club’s ability to move players to it when the maintenance staff overseeds the real grass practice tee in the fall, when there is frost on the overseeded tee or when wet conditions create a “muddy mess” on the real grass turf.

Thelan reported that the enhancements to the practice facility have received “overwhelmingly positive feedback” from members and guests. “They are glad we finally improved their practice experience. One of the most positive and interesting outcomes is the fact that our members actually prefer hitting from the artificial tee line over real turf, which is a tribute to the quality of the TurfHound product.”