PGA Family Cup: The Perfect Program for a Great Cause 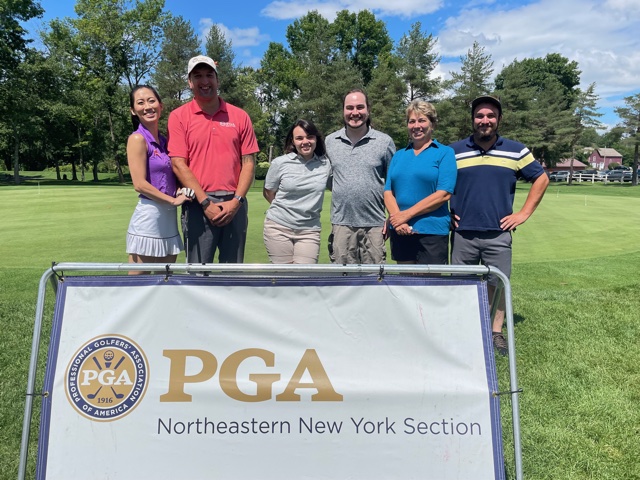 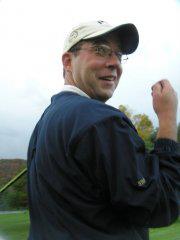 Doug Evans wasn’t a PGA Professional. But Doug was a golf professional who served the PGA well for two decades. He was a man who loved the game of golf and cared deeply for the members he served as Assistant Executive Director and Tournament Director of the Northeastern New York PGA Section. He worked tirelessly for the junior golfers who learn the game every summer in small rural towns and the few mid-sized cities that pepper the 275 miles from Kingston, New York to the New York/Canadian border.

Doug was truly the heart and soul of the NENY PGA Section’s Professional Tournament Program and Junior Golf Association. His impact on the lives of so many is immeasurable. Doug passed away after suffering a heart attack while doing what he loved the most, facilitating a golf event – this one was a PGA Playing Ability Test. It was September 18, 2020 and a long, tiresome, turbulent season was winding down in upstate New York. 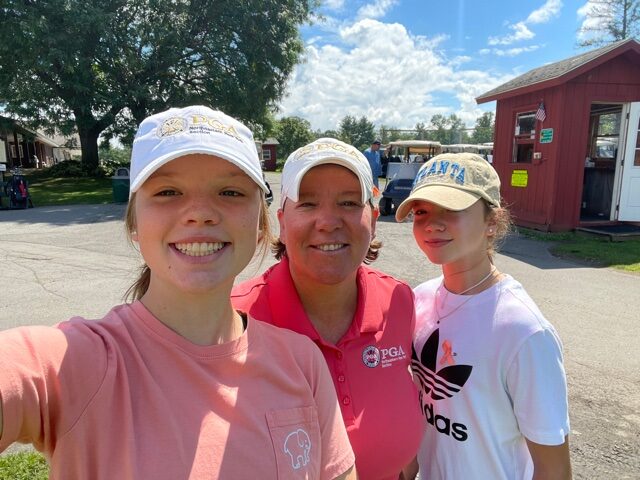 As a member of the Northeastern New York PGA Section, the smallest of the Association’s 41 sections, I know it’s a close-knit group. You see a lot of the same names on committees as you do winning section events. Tracie Warner is our Executive Director. She’s the backbone of the section and a champion for her members, as well as the PGA as a whole. Her contributions to the game are as countless as Doug’s were. His legacy lives on in his boss and colleagues in the section who he left behind. I recently spoke with Christian Torres, the NENY PGA Director of Operations and 2020 NENY PGA Section Assistant Professional of the Year. He shared stories of working with Doug and highlighted a recent fundraising event hosted at Town of Colonie Golf Course, home base for our section’s offices. 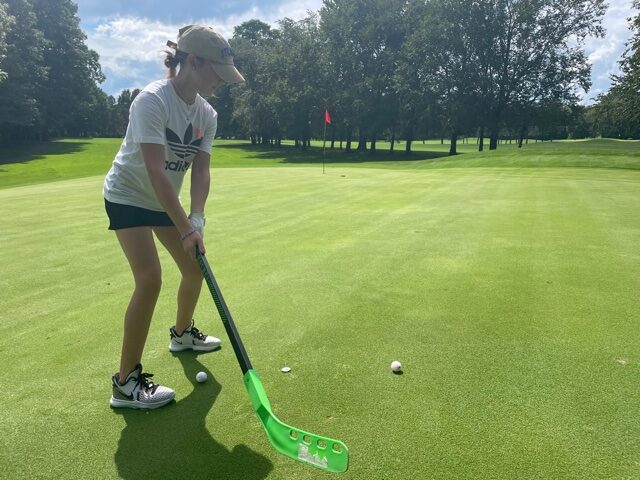 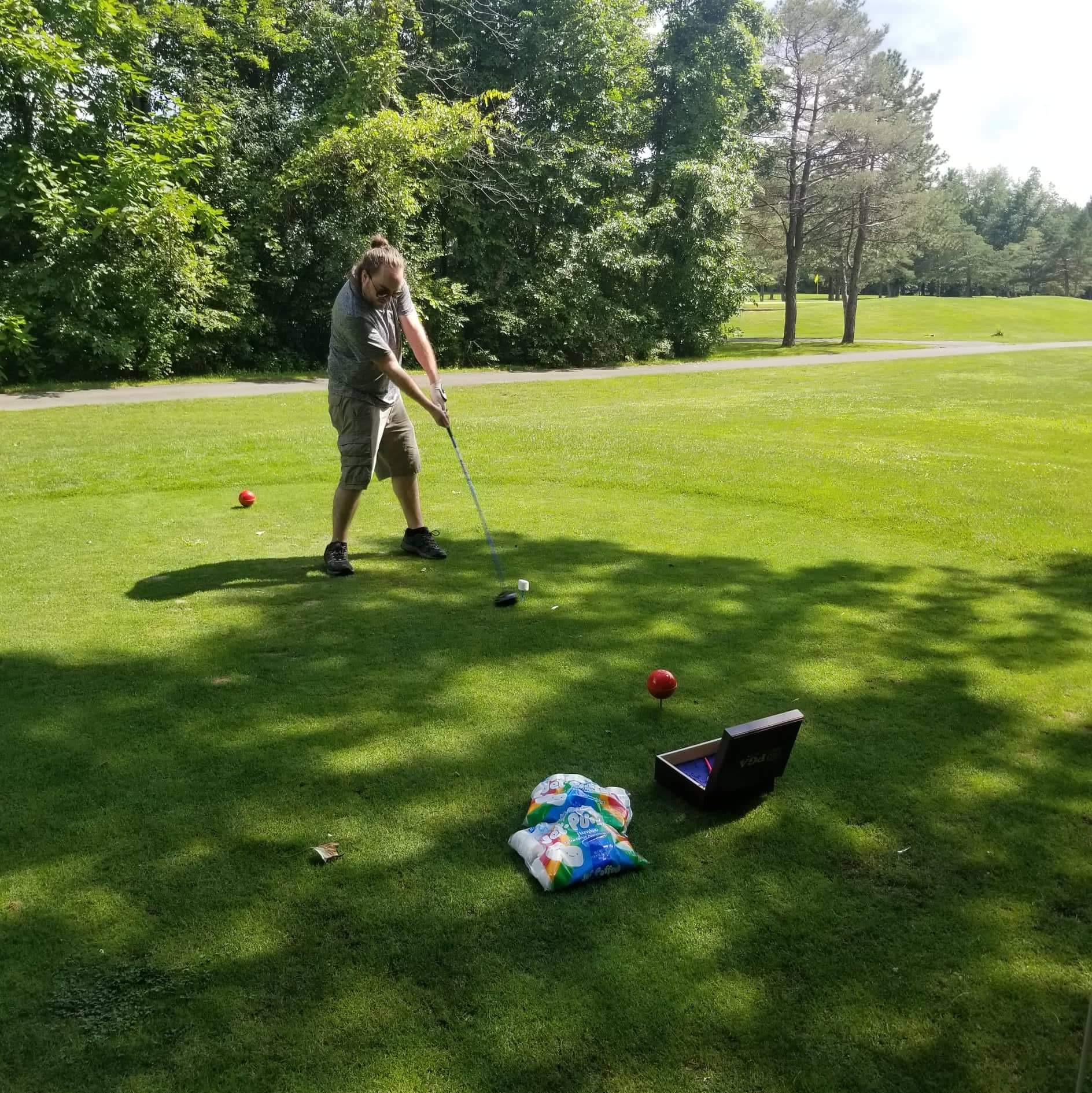 Doug was a huge proponent and supporter of PGA Jr. League and was eager to grow the Association’s latest initiative, PGA Family Cup. It was only fitting that the section hosts an event in Doug’s name under the PGA Family Cup moniker. It was an overcast August Saturday in the Capital District of New York. Town of Colonie Golf Course generously donated tee times from 11:30 am to 5:30 pm for a nine-hole scramble that would be like no other tournament its participants had experienced before. Fifty players, ranging from first-timers to seasoned golfers, encompassing 14 teams, took to the links with a box of Freihofer’s cookies in tow. After all, they were one of Doug’s favorite snacks. There were also Ho Ho’s, Twinkies, Starburst candies and more to satisfy everyone’s sweet tooth and allow them to get to know Doug a little bit more.

Doug used to say there was a time for competitive golf and a time for FUN golf. “Doug was a guy who was pretty serious when it came to the Rules of Golf and running a professional tournament. But if you ever had the chance to go play golf with him, he was as laid back as you could imagine,” Christian Torres highlighted. Inspired by Doug’s whimsical personality, the Doug Evans Memorial Family Cup presented a new twist for golfers as they arrived at each hole:

Hole #2 – Divot Derby – How fast can your team play the hole? Groups start the clock as their first tee shot is hit! Note: the winning team played the hole in less than a minute and a half.

Hole #4 – Traditional closest to the pin

Hole #5 – Hidden Target – Picture hula hoops strewn about the fairway. End up in one on your drive or second shot and win a prize!

Hole #8 – Drive a Marshmallow – Yup, tee shots must be hit using a marshmallow.

Hole #9 – Putt Out with a Hockey Stick – Another homage to Happy Gilmore!

There was a “guess the number of tees” contest and a Rules question, as well. Snacks were located on various holes, so the “competitors” were never hungry. Each hole did exactly what Doug did for so many years – brought smiles and joy to golfers of all ages. In fact, participants ranged in age from young junior golfers to grandparents who’ve played the game for many years, probably not in this format, however. “We knew it was going to be family-oriented and we wanted to make it about Doug, and we got the feeling that people weren’t coming out to shoot 30. They were coming out with their family to whack it around and do some fun stuff. So, with that in mind, we created the format that ended up being such a huge hit with everyone involved,” Torres added. 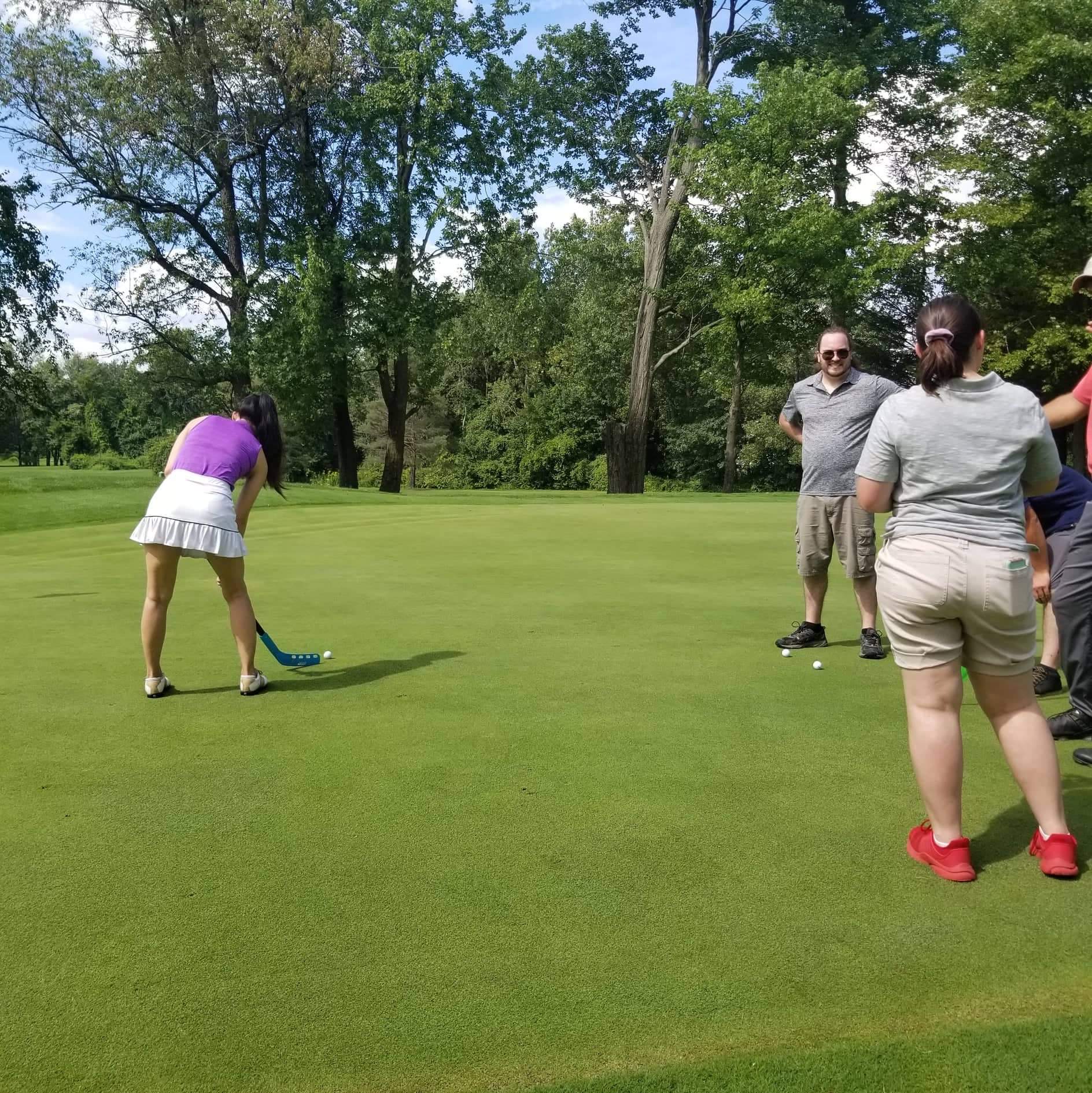 The entry fee per group was $199 and group sizes ranged from two players to six players. Additional donations were accepted from section professionals who could not make it to the event. Many in the section stepped up with donations from their facilities for rounds of golf, lessons and so on. After all, the day was a tribute to Doug’s lasting impact on everyone who knew him. 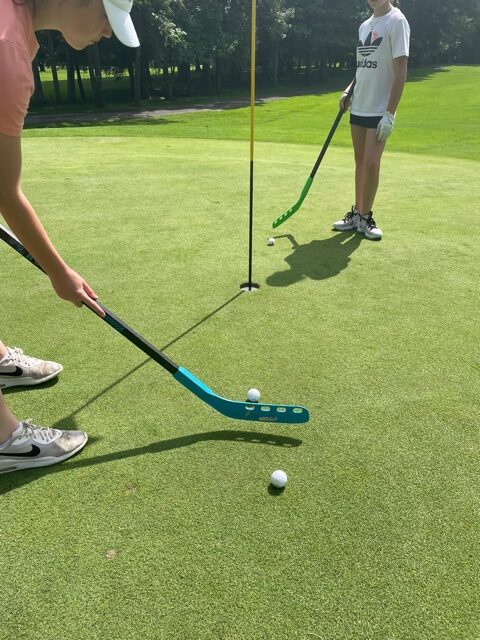 “This was a lot like any program that we start. It’s about getting it off the ground. There’s always room to tweak various aspects of the event,” said Torres. “We weren’t sure how big or how small the event would be considering how busy everyone is right now in golf. In fact, we might look to move the event to fall next year to hopefully free up some more section pros.” Torres discussed plans to possibly implement a more competitive flight, in addition to the fun flight, but those talks will happen going forward.

The section’s Special Awards Committee created a new annual award to be awarded to a non-PGA Member who has devoted their time and efforts to the game of golf and the NENY PGA Section, as well. Doug will be the first honoree of the Doug Evans Distinguished Service Award, celebrated posthumously at a ceremony slated for November.

The PGA Family Cup scramble raised funds (almost $8,000) that will go to scholarships awarded through the NENY PGA Reach Foundation, and will serve as a perennial celebration of Doug Evans, the man and mentor who touched so many and will be missed by many more.