On the Range With Rory

PGA Tour professionals are different animals. The things they do on the course and the hours they dedicate to their craft are nearly impossible to replicate. Rory McIlroy is one of the most unique animals on tour–he’s practically a unicorn. It seems impossible for his 5”9’ frame to create the speed and power needed to drive the ball 330 yards on the fly.

While the golfers you see at your facility are animals of much more common breed, there are things you as a golf instructor/facility operator can learn from tour-level practice habits and that can benefit your students. In this article, we will explore how McIlroy structures his practice habits and pre-round warm ups. 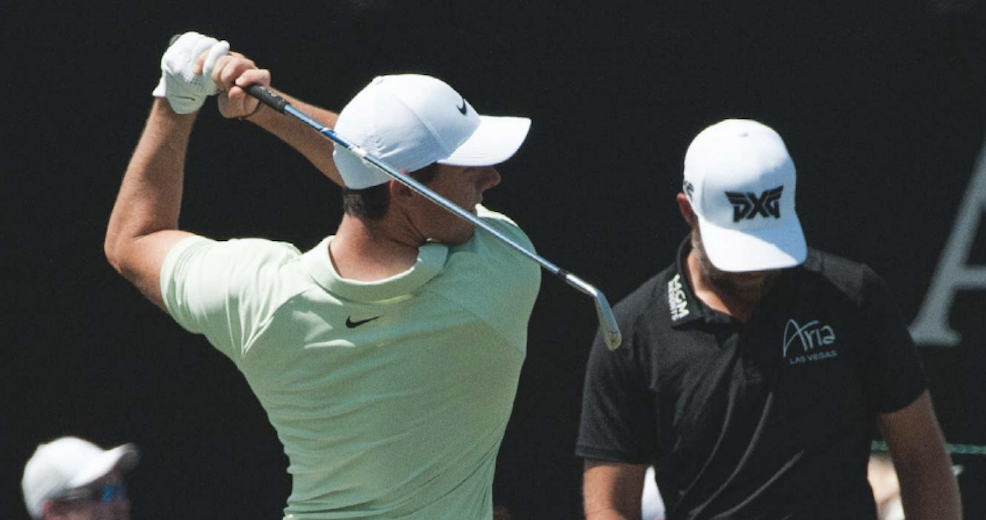 Many PGA Tour players are religious about their practice routine prior to a competitive round. Over our series of “Tour Talk” articles, we’ve spoken to multiple guys who plan it to the hour and minute.

Four-time major winner Rory McIlroy, however, doesn’t specifically time his warm ups. If you recall the 2012 Ryder Cup, where McIlroy arrived at Medinah 10 minutes before his tee time prior to discarding Keegan Bradley 2&1 in the Singles Matches, you probably could have guessed that.

But in all seriousness, McIlroy finds it most beneficial to alter his practice routine to fit the current state of his game. “The focus for me is ensuring I’m as comfortable with as many aspects of my game as possible before I play,” McIlroy said. “I don’t have each aspect of my routine on a tight time constraint. But the time I spend on each part of my game is often dictated by how comfortable I am with them.”

Observing McIlroy on the range close up, we noticed a few things in particular. He spent a significant amount of time on every swing. He stood behind the ball, chose his target line and stepped into it as if he was hitting the tee shot on No. 12 at Augusta.

“It keeps my concentration and focus strong to treat every shot like I’m playing for real,” McIlroy said. “For me, it’s really a case of quality over quantity. When I’m hitting the ball the way I want, my swing’s good and I see the shot, I don’t really feel that I should try and hit 50 shots the same way.”

For McIlroy, the headcover drill is an important part of his range session. “A headcover tucked under my left arm is just a reminder to myself to apply pressure in that area to help restrict movement during the backswing,” he said.

McIlroy is one of the most rotational players on the planet, which is how he generates such tremendous speed and power with his 5”9’ frame. His shoulders rotate past 90 degrees with little effort and his hips were the fastest ever measured by TPI (Titleist Performance Institute) at more than 720 degrees per second. Placing his 3-wood headcover under his lead arm helps him keep that arm closer to his body during his powerful rotations.

According to McIlroy, the drill also encourages the chest to rotate and helps keep the left arm connected to the chest.

When it comes to putting, Rory often utilizes putting mirrors to improve his stroke and alignment. These allow him to check his putter lines, eye position and setup lines.

“For me, the range warm up is really about refinement and finding the right frame of mind, and absolutely not about trying out new ideas or making major changes,” McIlroy said. “I really don’t overthink my time on the range either pre-or post-round.”

Many tour level golfers look to the post-round range session as a way to correct issues they may have noticed on the course that day. Whether that’s trying to find something with the driver or reining in iron shots that were traveling too far off target. McIlroy takes a different approach.

“I’ll let you in on a little something: I will almost never skip lunch and go straight to the range,” McIlroy said. “Frustrating and disappointing rounds are going to happen because that’s the nature of the game we’re in. I think it’s part of a golfer’s inner strength, built over years, to cope with and recover from frustrating rounds that just got away.”