The PGA of America recently announced the Nebraska PGA Section as the recipient of the 2020 Herb Graffis Award. The award is given to a PGA of America Section that exemplifies dedication to growing the game of golf and extending player development programming throughout their community. With less than 280 PGA Members, the 2020 winner is one of the smaller sections in the country.

Led by Executive Director, David Honnens, and President, Gil Russell, the staff and officers of the Nebraska PGA consider junior golf to be an integral aspect of what they do on a daily basis. “What we’ve done with our junior golf program for such a small section speaks volumes as to why we won this award,” says Kurt Karcher, PGA, Director of Nebraska Junior Golf and Programming Assistant for PGA REACH Nebraska. 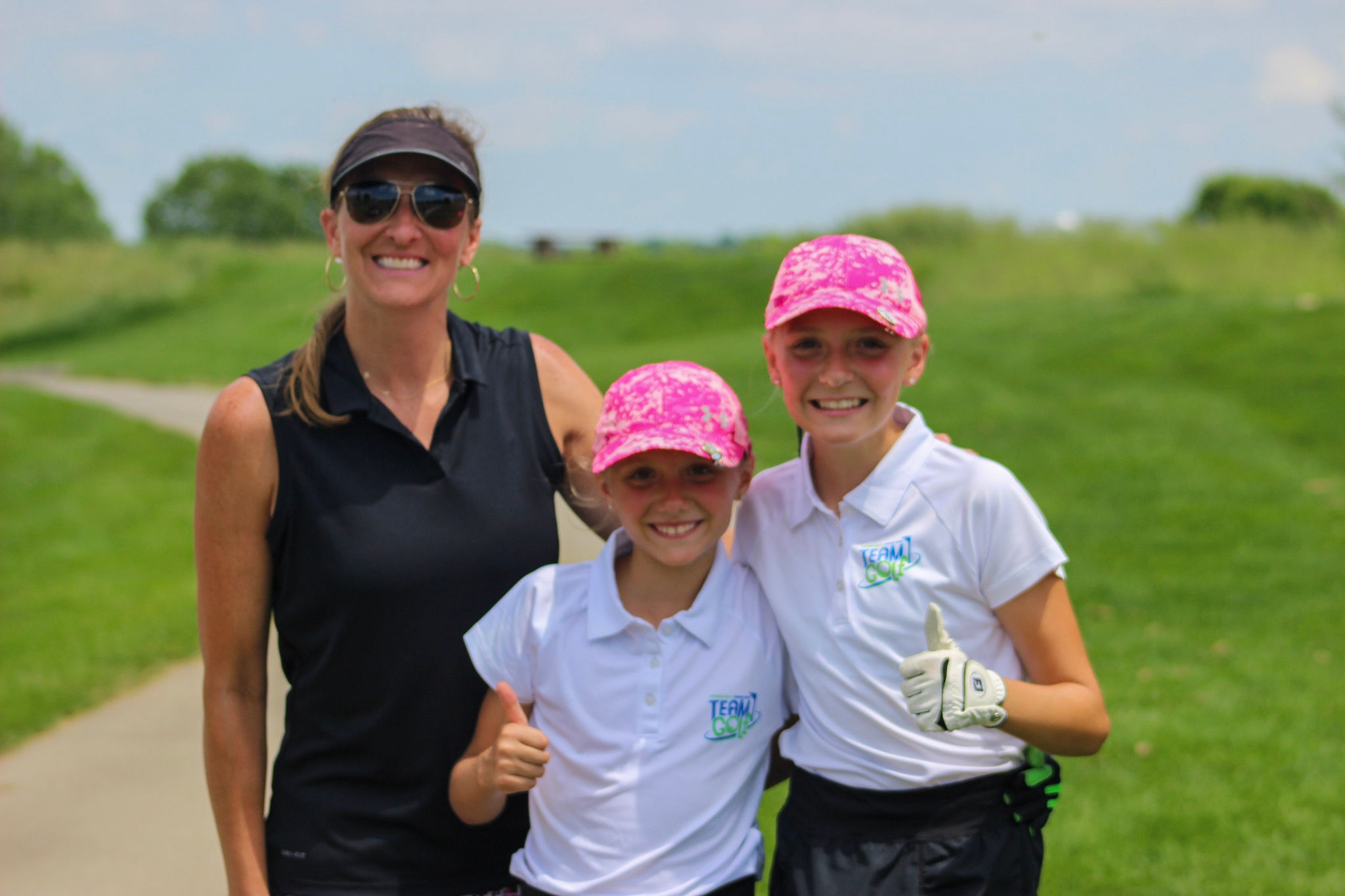 Nebraska Junior Golf started taking shape in 2009 with 700 kids across the state, and has grown to almost 1,800 young participants in 2020. “Our numbers match up with some of the biggest sections in the country,” Karcher added proudly. He also made clear that there is no one individual to be credited with this success, but a team effort that starts at the top of the section and trickles throughout all its PGA-staffed facilities. “Our PGA Members play a huge role in the success of our junior golf program. They’re the ones that are with us day in and day out teaching these young athletes and getting them engaged,” he stated. 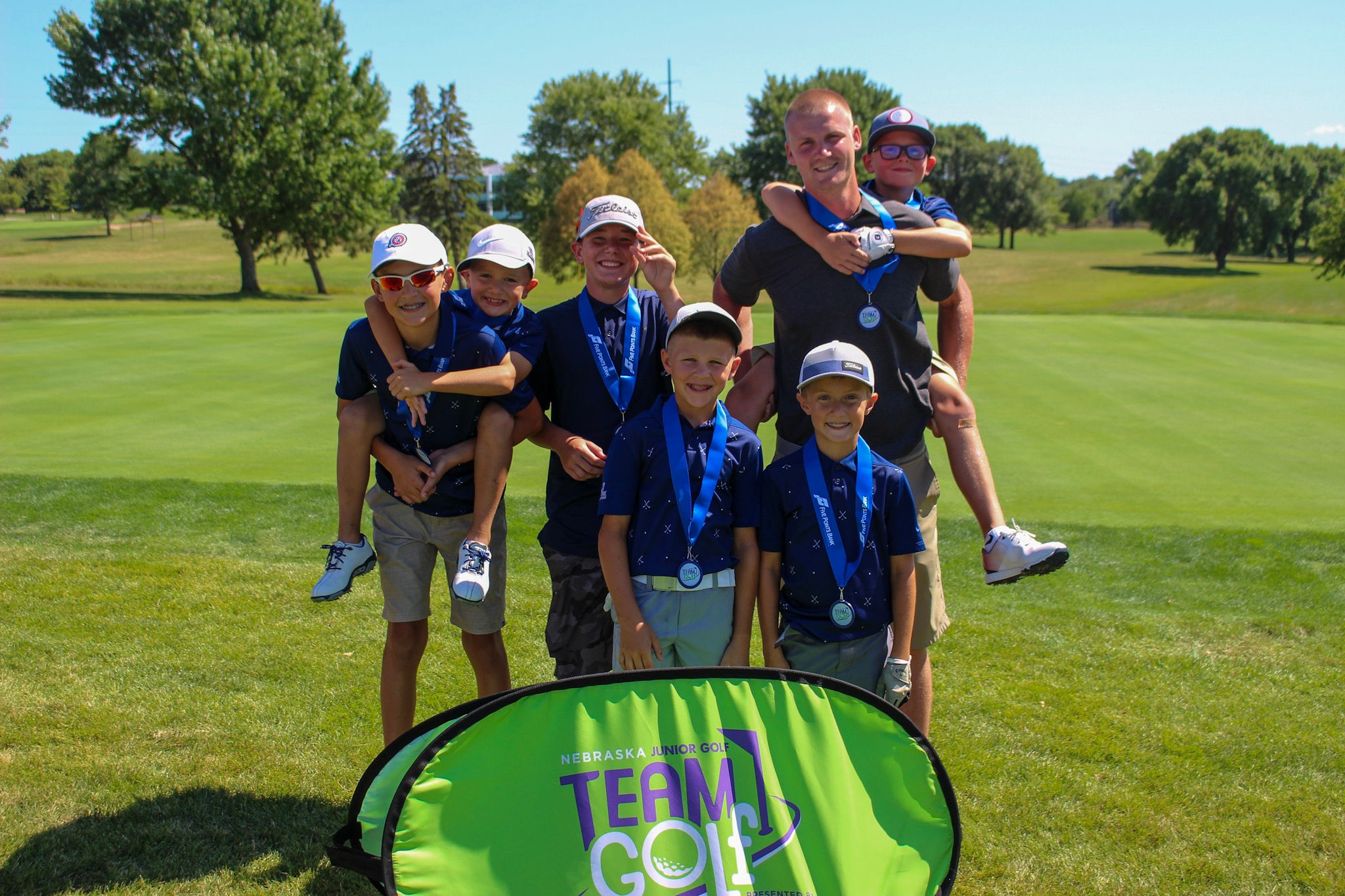 Nebraska Junior Golf is organized and facilitated from the Section headquarters in Lincoln. These focused efforts were initiated 11 years ago by two-time section award winner, Joseph Canny, the PGA Head Professional at Jim Ager Memorial Junior Golf Course, also in Lincoln. The steps he put in place in making junior golf a section initiative were instrumental in the growth experienced over the past decade. Since then, the torch was passed to Seth Scollard, a PGA Professional who is now the Managing Director of the Nebraska PGA Section and PGA REACH Nebraska. Now, it’s in Karcher’s hands, and through his direction, junior golf in Nebraska continues to flourish.

Prior to 2009, the Nebraska Golf Association facilitated a regional junior golf tour, but it wasn’t until they combined efforts with the Nebraska PGA that the endeavor took off and the numbers grew significantly. The Nebraska Junior Golf page on the section’s website is chock full of information, opportunities and success stories that demonstrate the level of commitment they have at the Section level. 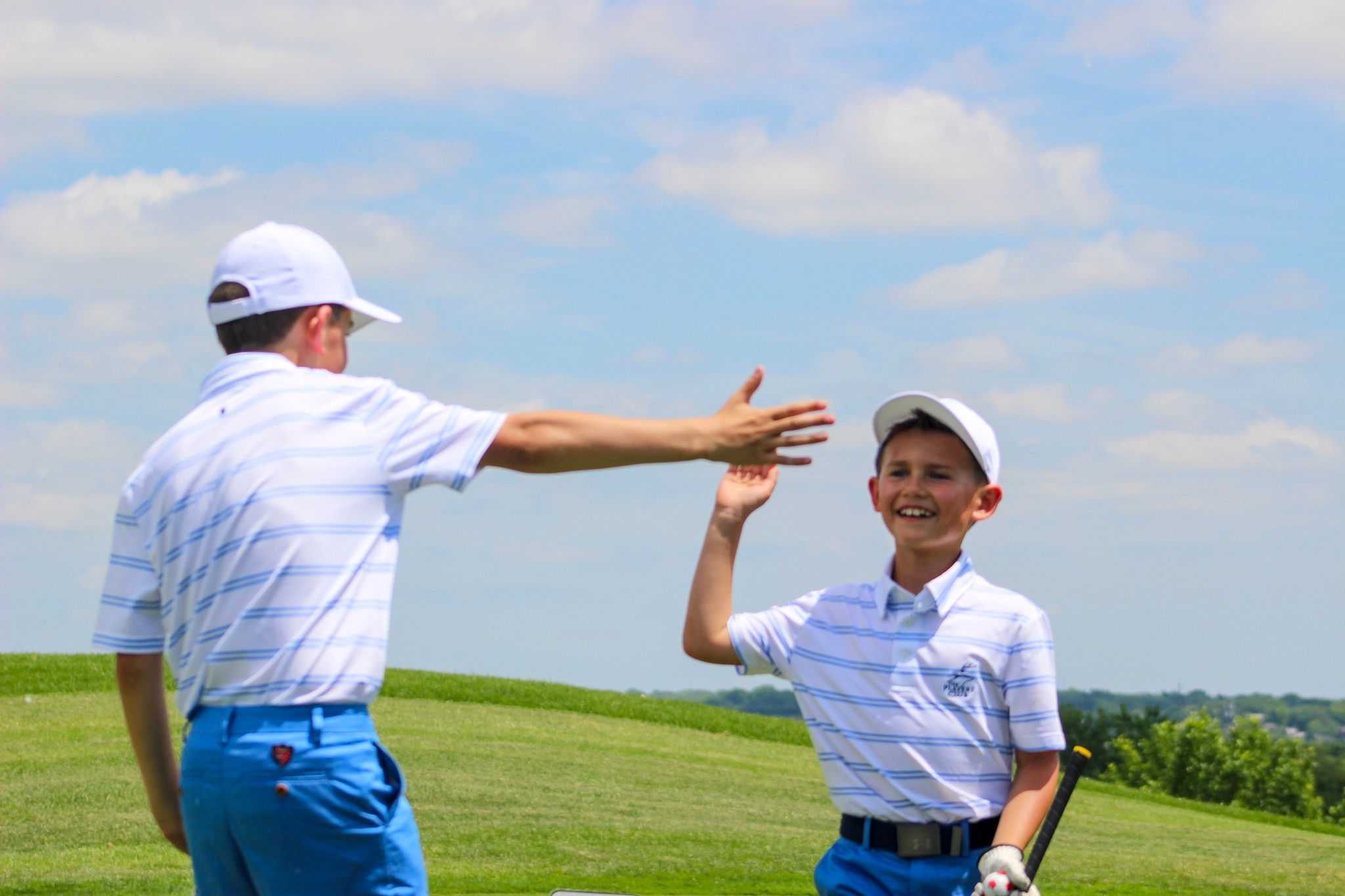 Membership details and benefits are highlighted and laid out clearly so parents know what their kids are getting for their time and money. In addition, the various options are explained so families can find the right fit for their young golfers.

In addition, there is extensive detail on the popular Nebraska Junior Golf Tour, including ages and divisions, cost per player and rules and regulations, as well as on the Team Golf program facilitated within the section. There is also a list of other events offered throughout the year, including Drive, Chip & Putt, Youth on Course (promoting affordable playing opportunities for kids), PGA Jr. League and the Nebraska Golf Association’s Fall Junior Series, providing additional opportunities for competition, both individually and at the team level. 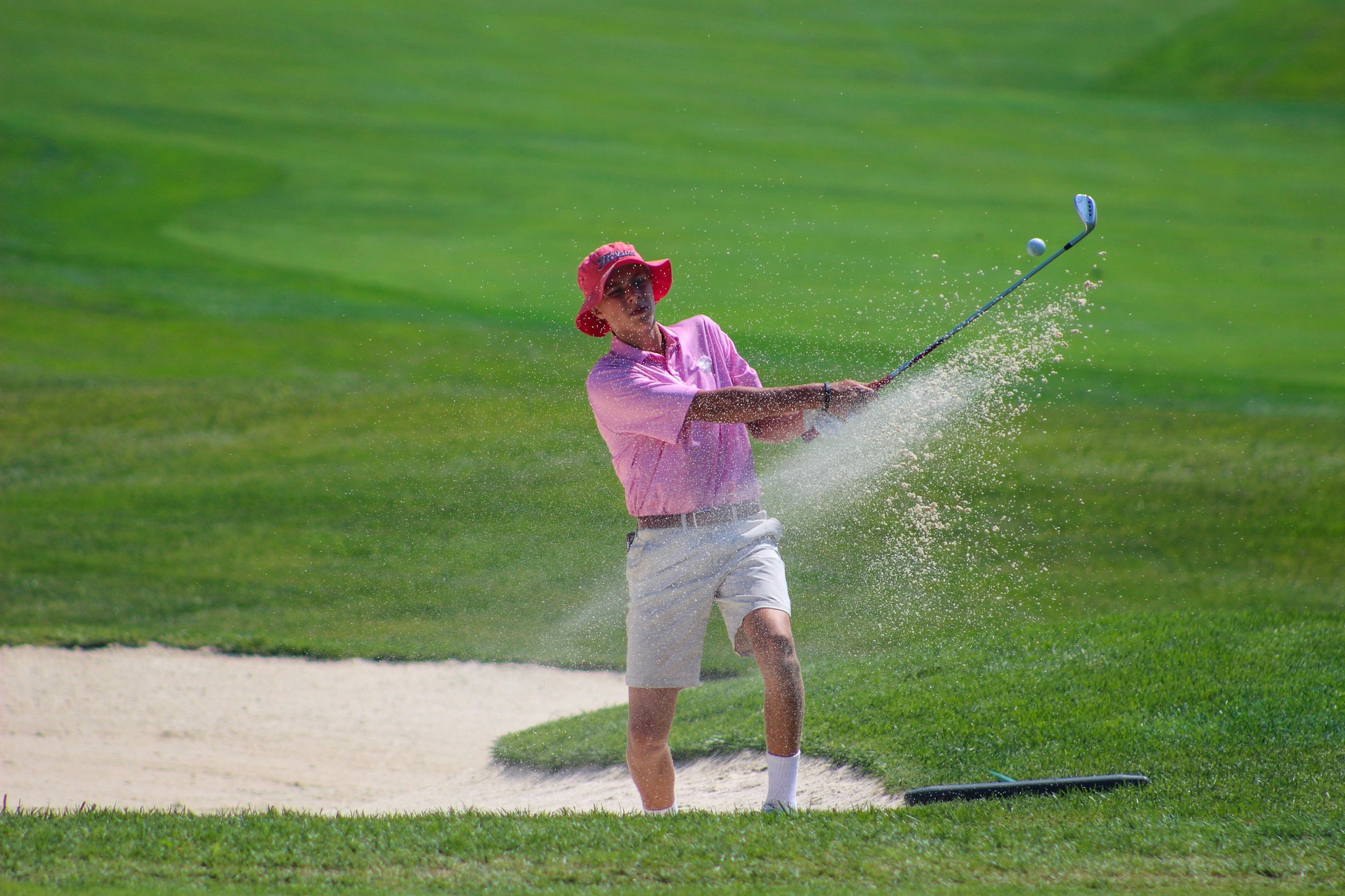 In 2018, all existing junior golf programs were packaged with the innovative new programs being introduced to make up Nebraska Junior Golf, the label under which the collaborative efforts of the Nebraska Golf Association and Nebraska PGA are branded. By streamlining oversight, collaboration and communication, these professionals have created a one-stop shop for interested junior golfers and their families to access all the information they need. With the participation of the many Nebraska PGA Professionals and their facilities, these programs have grown immensely compared to some other areas of the country.

In addition to implementing and facilitating these programs from the section office, another vital function that Scollard and Karcher perform is as a resource for parents seeking the right program, coach and location for their kids. They direct them to section PGA Professionals who are running programs that meet their specific needs. Gone are the days of calling around and comparing one program to another. Having everything centrally-located has provided the foundation and structure that have supported the great success realized over the past few years.

With Nebraska Junior Golf primary on Karcher’s agenda, Scollard can turn the majority of his attention to the section’s PGA REACH efforts. “The addition of PGA HOPE has been huge for our Foundation,” Scollard stated. “We started PGA HOPE two years ago, and now have two locations – one in Omaha and one in Lincoln – and strive to keep our graduates engaged all year long.” Scollard said they’ve developed relationships with the men and women who have gone through their PGA HOPE program, visiting local courses together or even the new Topgolf facility that recently opened nearby.

Scollard also touted the Foundation’s Golf N Schools program. Started in 2014, they use SNAG equipment to teach elementary and middle school students about golf during their physical education classes. PGA Professionals facilitating the program also instruct the schools’ physical education teachers on how to keep the golf instruction going after the pros have left. In 2019, the Nebraska PGA REACH Golf N Schools program touched over 25,000 kids in 19 school districts across the state. 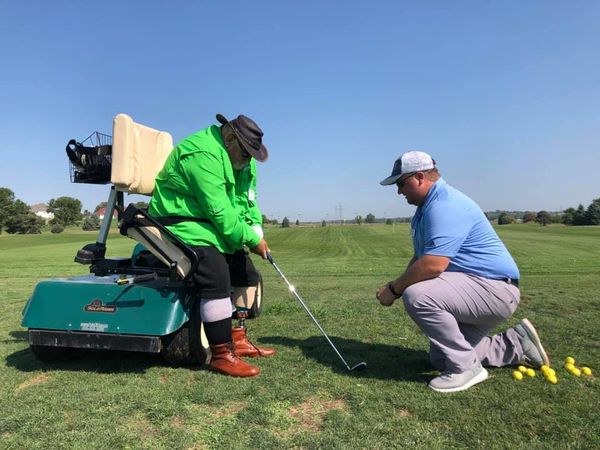 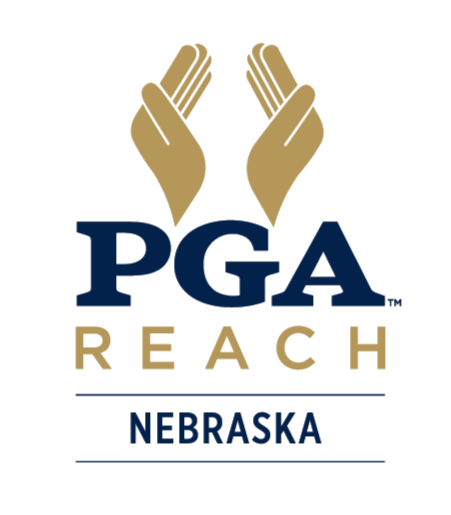 “One thing that really separates us from other folks is that we get our PGA Professionals in the schools with these PE teachers and that’s been the difference and the success for our Golf N Schools program,” Scollard explained. “These teachers aren’t just getting a bunch of SNAG equipment with no idea what to do with it. The teachers come to a training session on how to use the equipment.”

Responding to the challenges that the current health crisis has posed, many Nebraska PGA professionals and their facilities stepped up in earnest to ensure their junior golfers had some semblance of normalcy in the summer. Nebraska Junior Golf and the Members of the Nebraska PGA Section run upwards of 90 Nebraska Junior Golf Tour events each year, with a bevy of other events putting them well over 100 annually. 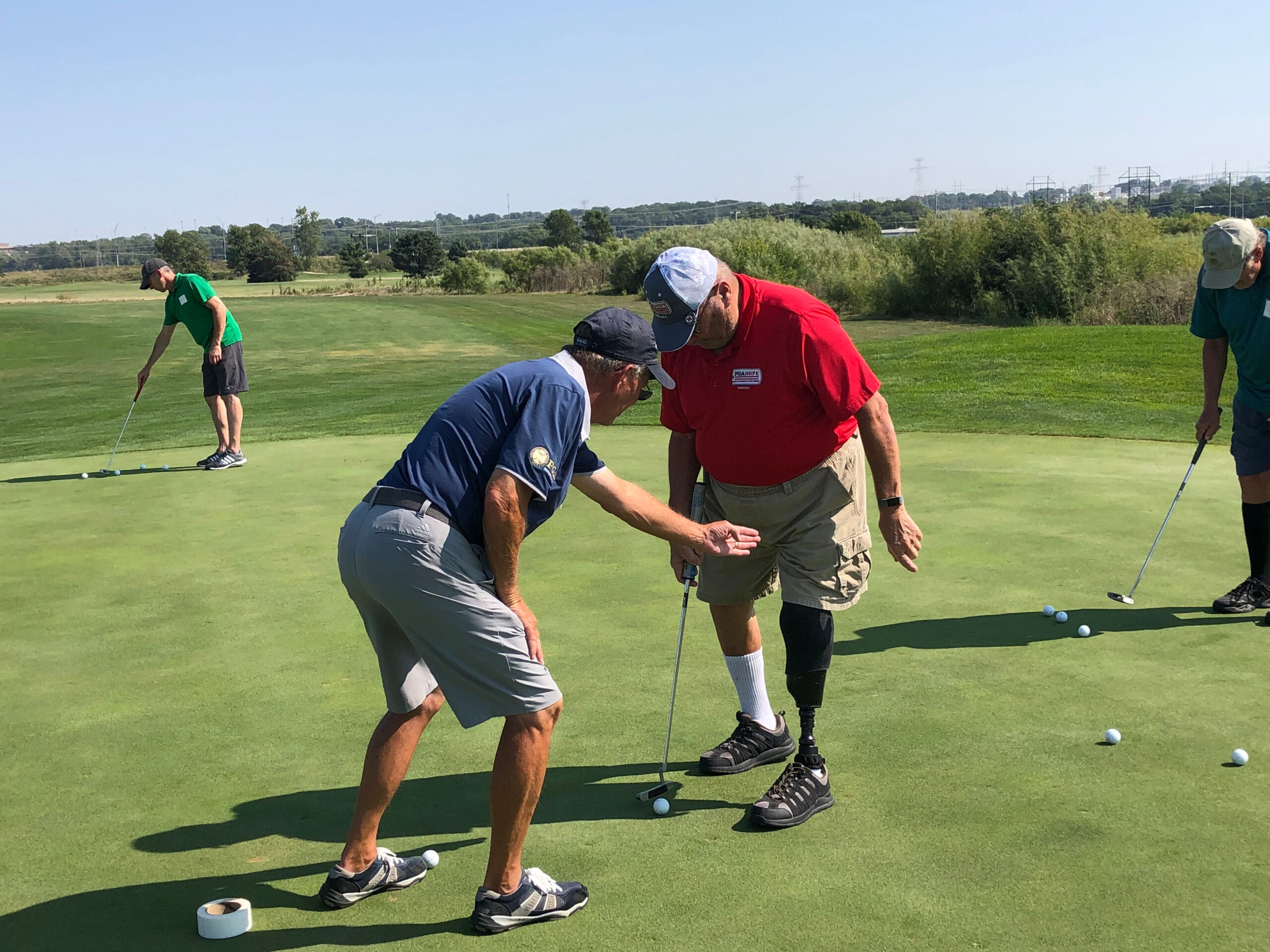 These numbers took a hit this year, amid the COVID pandemic, of course. However, once courses reopened in late spring, those who facilitate junior golf from the Section headquarters in Lincoln found themselves at a different course every day this summer, facilitating one junior golf event after another. There were still plenty of opportunities for the many Nebraska junior golfers to get out in the open air among friends, albeit socially distanced as required. “All things considered, it ended up working out pretty well,” Scollard concluded.

For more information on the Nebraska PGA Section, log on to https://nebraskapga.com/.