More of Celebrating the PGA Centennial

“About 13 years ago, I had the great pleasure of speaking with the legendary Byron Nelson on the range at TPC Four Seasons Las Colinas, in Irving, Texas. It’s something I’ll never forget.” – Keith Patterson, media and public relations manager for Srixon, Cleveland Golf and XXIO

“When I was learning the game as a 5-year-old with my brother, my father would set up plastic buckets about 40-50 yards out for us to hit pitch shots at. He’d give us $5 if we hit one.I remember the first time I actually made one in the bucket – I ate the biggest ice cream sundae after.” – Jared Kelowitz, public relations representative for Cobra Puma Golf

“I worked at the University of Washington driving range, while attending college there. We had so much fun hitting bucket after bucket of range balls. We had a great group of guys who worked together, and we always had fun giving each other instruction while we hit balls all day long.” – Scott Ashworth, PGA director of golf, Four Seasons Resorts, Lana’i, Hawaii

“I remember standing on the range and seeing the joy on my grandfather’s faceat the moment he saw how well his teachings to me had paid off.” – Jake Belveal, PGA assistant professional, Four Seasons Resort Hualalai, Kailua Kona, Hawaii 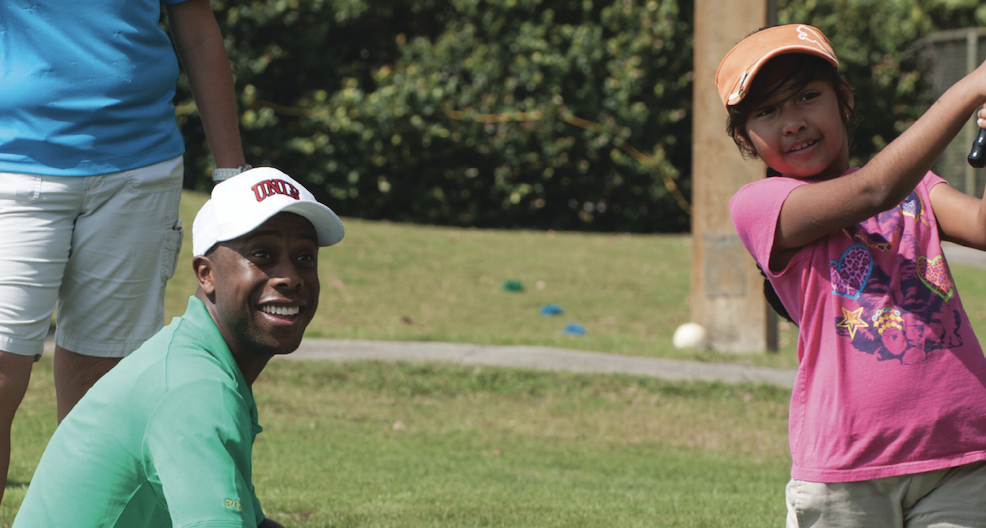 “There was one particular demo day that was one of those days: hot, sunny and miserable. And I was there all day. As the sun started setting, my wife brought our then eight-month-old to visit. It made the day a whole lot better.” – Ted Gallina, PGA director of instruction, SeeMore Putter Company, Nashville, Tennessee

“I’m not much of a practice player, normally. But the driving range at World Woods Golf Club in Brooksville, Florida, is one of the best I’ve ever been to. Usually I run from the parking lot to the first tee, but at World Woods I always get there early and enjoy my day in the Florida sun.” – Erik Johnson, PGA director of golf operations, JC Golf, San Marcos, California

“I had both of my boys on the range for the first time – Morgan was 4 and Shane was 3. Morgan kept watching my swing and trying to imitate it. The first time he was able to get the ball in the air will always be my favorite memory. His expression was priceless and our excitement, including Shane’s – who was jumping up and down – will always stand out for me.” – Mark Priester, PGA golf sales manager, The Grand Golf Club, Del Mar, California

“When I worked at Talamore, I got a call from a member saying that I needed to head up to the range – something along the lines of ‘you won’t believe this.’ So I did, and when I got there found a thoroughbred horse grazing! Turns out the horse had escaped from a farm about three miles away and decided to make our practice facility its temporary home! A member and I approached the horse and petted it to keep it calm, while another member called the local police. All’s well that ends well – the horse ended up returning to her home and we had a story to last the ages!” – Jim Smith, PGA general manager, Philadelphia (Pennsylvania) Cricket Club

“I will never forget my first experience at the Augusta National practice range during The Masters. It is an incredible experience and a true moment of pride as a PGA member. I remember vividly the silence that fills the air.It’s like nothing else and leaves you absolutely speechless, filled with appreciation for the great game of golf.” – Megan Padua, PGA teaching professional, Bluffton, South Carolina

“My story is a personal experience I had with my PGA Professional when I was just taking up the game as a young teen. Like most beginners, I had issues.During a lesson, my pro, Randy Neufarth, moved me around and placed the club where he wanted me to get it at the top of the backswing. He said, ‘Do you know what we call this?’ I of course said no, and he said ‘The beat position. Do you know what that means?’ I of course said no, and he said from there you can beat on it as hard as you want. That was music to my ears and the rest is history!” – Tom Bach, PGA head professional, Sharon Woods Golf Course, Cincinnati, Ohio