It didn’t take long for Mark Rummings to see the benefits of using TrackMan in his golf instruction.

When the company was formed in 2003, owners and engineers spent several years developing the technology and touting the product’s potential for golfers and teachers. Now it’s a staple on the PGA Tour and TrackMan is seen on many ranges throughout the country.

Rummings, who taught at the David Leadbetter Golf Academy for 14 years before moving to The Ritz-Carlton Members Club in Sarasota, Florida, in 2013 purchased a TrackMan in 2008 and has been using it on a daily basis since.

“I have been lucky enough to have used TrackMan since they first came out,” Rummings says. “It’s a great device and valuable tool that I use with most full-swing lessons.”

There have been several versions of the product over the years, with TrackMan 4 the newest upgrade.

It uses dual-radar technology to capture 27 data points on the club and ball that range from basic carry yardage and clubhead speed to the more technical aspects of smash factor and dynamic loft. 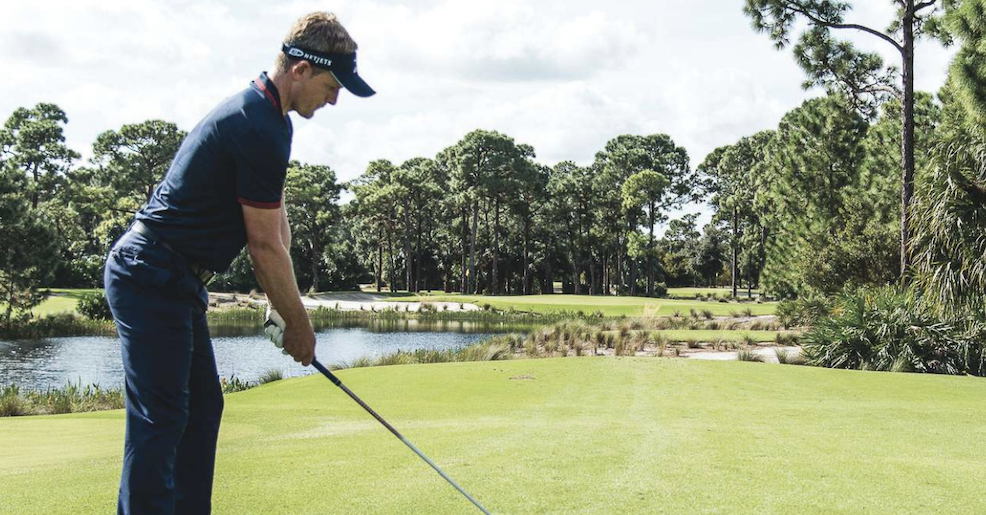 The upgraded TrackMan 4 has a built-in HD camera that can record a player’s swing and be played back on phones, tablets or computers via Bluetooth connectivity, with statistics overlaid on the video. This in addition to the radar technology the company is famous for.

With so many numbers on the screen, Rummings finds it essential to make the readings as understandable as possible for students.

“There’s so much good information, but it can be overwhelming for a student,” he says. “I only use a couple of data points that highlight the area the lesson plan is going to need after watching the student hit balls, discussing their game and looking at all the TrackMan numbers.

“I also explain to the student why they’re getting the numbers they’re seeing and how that relates to their ball flight and/or their misses. Then I describe what they have to do in their swing to change the numbers, such as a change in technique or practice drills. That provides a pathway for me to describe the change in numbers as they happen. Cause and effect.”

Rummings notes that practice plans based off TrackMan numbers vary from student to student because of skill level and what they hope to accomplish.

“It does depend on what the goal of the lesson is, but the majority of the lessons I give involve a player trying to straighten out a specific ball flight,” he says. “The focus then falls on swing direction, club path, face angle and angle of attack. All four of those are needed to give a good explanation of ball flight.”

All four of those, and more, are identified by TrackMan. With one radar system tracking everything the club does before, during and after impact and the other tracking the ball from launch to landing and measuring various parameters such as launch angle, spin rate and curvature.

TrackMan 4 measures and displays the full trajectory of any shot, from 6- foot pitches to 400-yard drives, and also maps the shot’s trajectory in real time and in three dimensions.

Instructor Shawn Hester hasn’t been using TrackMan as long as Rummings, but he has a similar philosophy when it comes to simplifying the data for students.

“I will generally highlight one or two numbers, like attack angle or face angle, and emphasize ways the student can change those numbers,” says Hester, who teaches at Charles River Country Club in Newton, Massachusetts, during the season and at Harmon Golf & Fitness Club in Rockland, Maryland, in the other months of the year. “I definitely concentrate on areas of need. The TrackMan numbers as a group tend to tell a story that will help explain the ball flight and the student’s tendencies. I try to understand the student’s intentions first, then tie those intentions into the numbers to come up with a big picture view. Once I feel like I understand the big picture, I break it down and compartmentalize it for the student.”

Hester says “everything is under consideration” when it comes to devising drills and a lesson plan. But the main points that he stresses are: ball flight (trajectory, spin, curve), quality of contact (center vs. off-center hits), clubhead speed and a repeatable motion.

“I feel like TrackMan produces quality data and helps one measure and quantify results, thus making it a necessary tool,” he says. “Today’s world is about big data, quantifying and measuring. Like it or not, it’s probably not going away. So, for some students, it’s necessary to be able to measure and quantify, and that makes it valuable.”

Rummings stresses that instructors should do their research to be sure a TrackMan would work for their style of teaching and location. Because of the price (around $18,000), he says potential buyers likely will need to increase their lesson fees on instruction that incorporates TrackMan numbers.

“We charge $25 extra for use of the TrackMan and roll the fee into the lesson price,” Rummings says. “The TrackMan has a high initial cost and it takes a long time to get that initial investment back. Where I see an instructor making the money back is by using TrackMan to give better lessons, help students improve faster, positive word of mouth in the community and more engaged students, all resulting in more lessons and lesson revenue.”