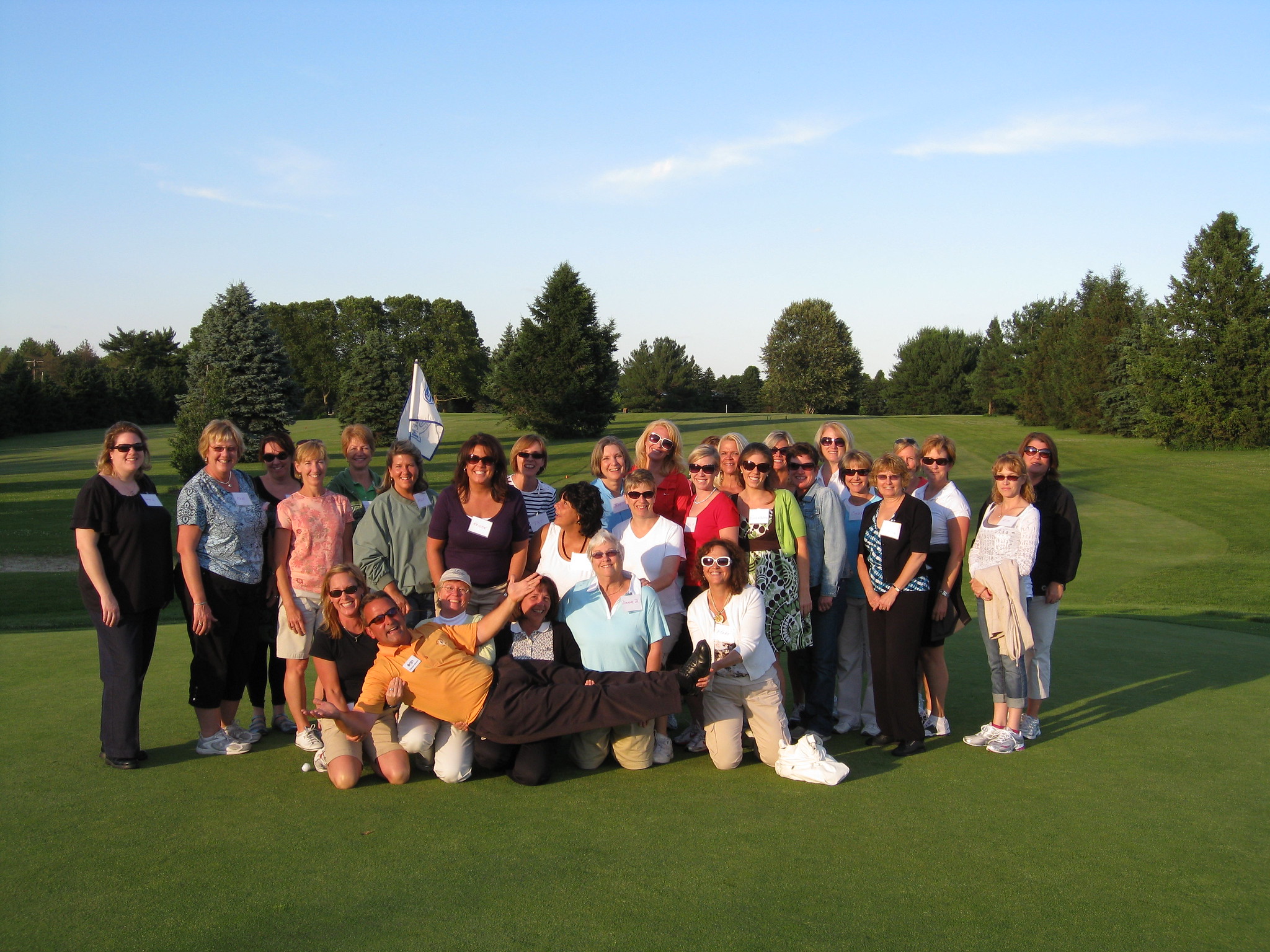 Mark Csencsits, a native of Whitehall, Pennsylvania, has spent more than half of his three decades in golf at Bethlehem Golf Club in the majestic Lehigh Valley. It’s a stellar area for golf that will play host to the 2022 PGA Tour Champions U.S. Senior Open at nearby Saucon Valley Country Club this summer.

Csencsits was recently named a 2021 Golf Range Association of America (GRAA) Top 100 Growth of the Game Teaching Professional. He’s the PGA Head Teaching Professional at his facility and prides himself on having written many different player development programs over the years. “Some of them have been going strong for over a decade,” he says, “and others, those that don’t work, I get rid of.” Csencsits is innovative in his vision and isn’t afraid to implement new things and see what sticks. 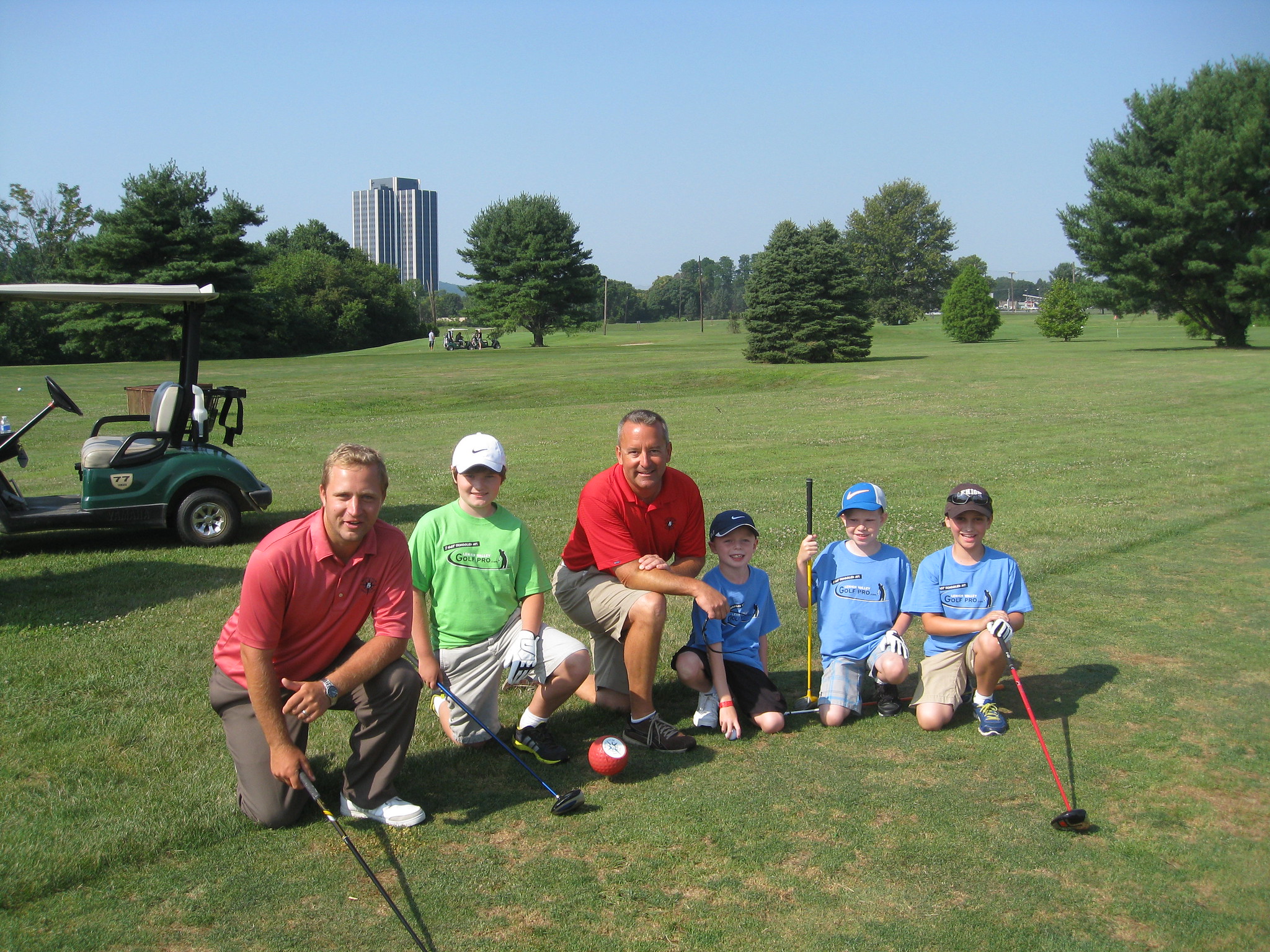 He’s proud to support all PGA initiatives, like Get Golf Ready and PGA Jr. League, but touts some of the great ideas he’s had, as well. Some of those ideas have actually come from his students. “I walk up and down the range asking golfers what kind of programs they’d like to see. I ask them what kind of lessons they’d take – group or private, short-term or long. I even ask if they’d prefer to have food and beverage involved, casual or serious, on-course or more on the range,” he said.

From there he’ll create programming that satisfies those stated desires. He doesn’t guess what will work anymore. He listens to his clientele and sets the prices, dates and times accordingly. Csencsits sends a questionnaire at the end of each program to attain additional customer feedback. What worked and what didn’t? What did you like and what didn’t you like? What would you want to see more of next time? After all, Csencsits has been around long enough to know that not everything he touches will turn to gold, but when he finds something that people like, he builds on it and creates engaging and fun experiences that bring them back for more lessons and increase rounds of golf at his facility. 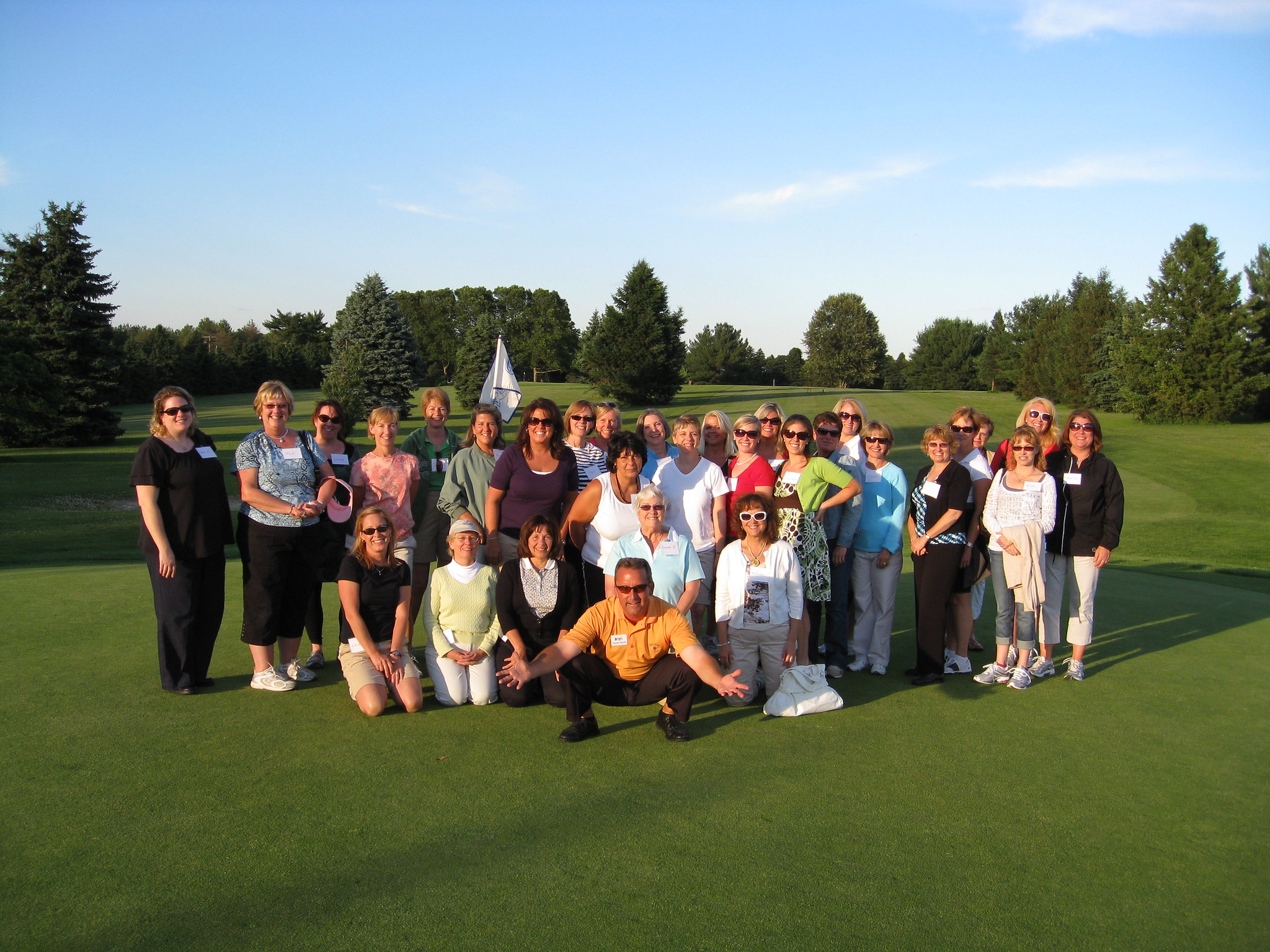 One of his most popular programs is called Ladies’ Casual Club. “This program looks nothing like I wrote it 14 years ago because the ladies have transformed it into something that they want to be part of,” he stated. In fact, Csencsits first called the program a “ladies’ league”, which gave the wrong impression of what he had in store for them. Catching on to the problem, he renamed it Ladies’ Casual Club and he had more than 60 women signed up in no time. In fact, the program’s introductory session is all about getting to know each other. He used to host his participants in an evening of wine and cheese at the course, but now brings them out to a local restaurant for drinks and appetizers. Either way, by the time they hit the lesson tee in their second session, they’re more comfortable with him and super excited to learn the game of golf with their newfound friends.

“I can’t tell you how many programs I wrote that were ‘one and done’, and I learned from each one of those experiences through trial and error,” Csencsits admits. This is an important message for any new teaching professionals out there. If one of the top PGA Professional coaches in the business shares such a statement, you should pay attention and follow his lead. Ask your customers what they want. Take a chance on a new program. And evaluate the program each year to make necessary tweaks and adjustments. Csencsits says that after 30 years, he still tries to come up with new and exciting things to keep people engaged.

One example of his ingenuity and creativity stems around the 1984 movie classic The Karate Kid. “I think it’s one of the greatest coaching movies ever made. There was a bond between the student and the coach that is tremendous,” Csencsits lauded. He pointed out how the student grows through the tutelage of the coach, and how he took it upon himself to learn the famous crane kick that seals the tournament victory at the end. Sorry about the spoiler!

“That’s what I want my students to experience. I want them to grow without me. I want to guide them, but can’t be at their side at all times. In fact, with my guidance, they should be able to enjoy the good shots and learn from the bad ones,” he explained. 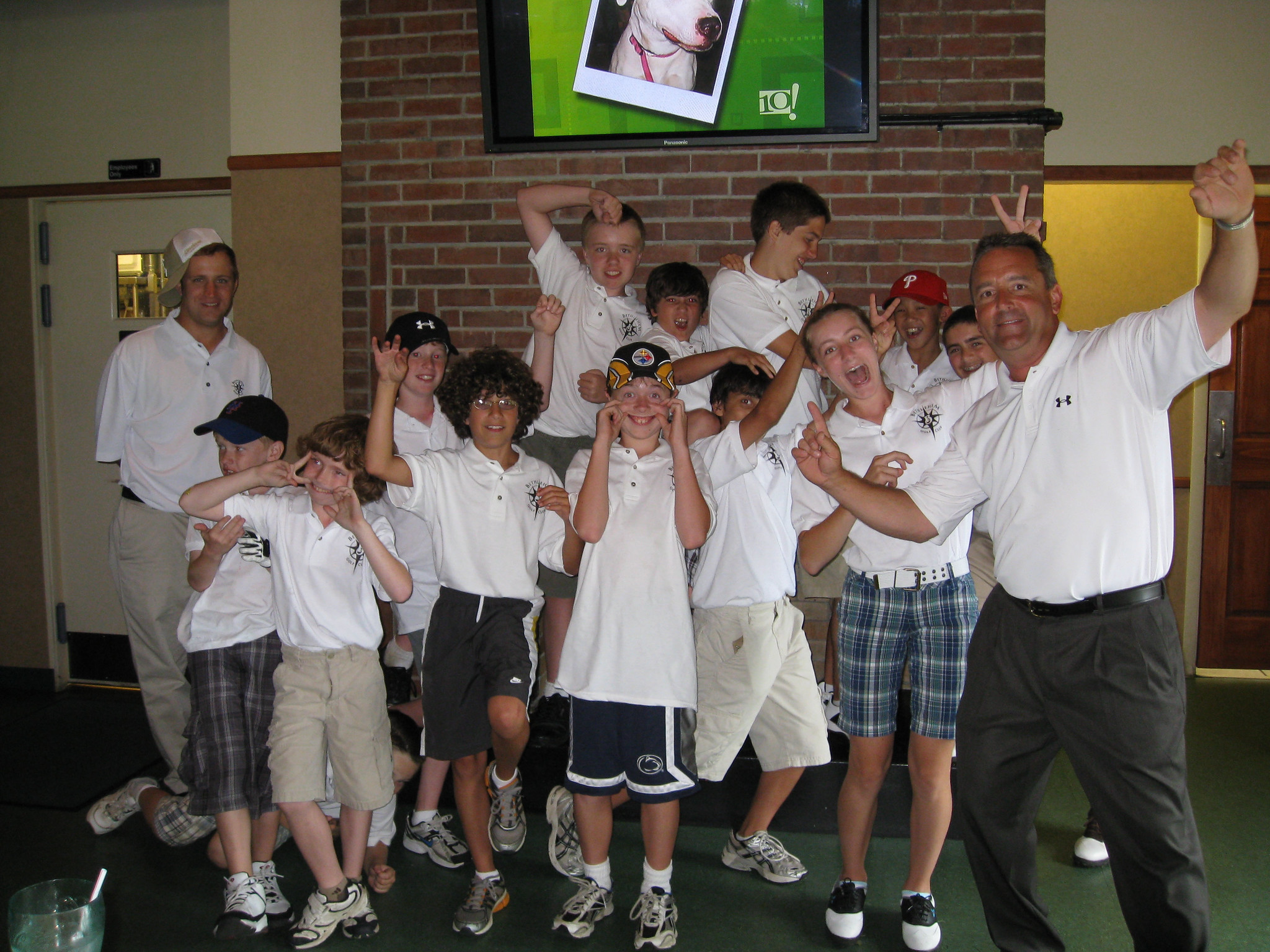 Csencsits uses The Karate Kid as a teaching tool with his juniors in quite an interesting manner. It’s the first night of the program and most of the kids don’t even know each other. He gets them together for a pizza party, already getting on their good side. He gives each kid 20 questions and then yes, they watch The Karate Kid together. Questions are objective, always based in fact. What was Mrs. LaRusso’s license plate number? What color jacket was Daniel wearing at the beach when he gets beat up for the first time? What’s Daniel’s apartment number? The kids work in teams to determine the answers to these 20 questions. At this point, Csencsits has created an environment where his students are bonding before ever touching a club, and they’re doing so over pizza, The Karate Kid and teamwork. Everyone has to get 100 percent, and if they’re watching the movie and collaborating with their teammates, they do every time.

When the movie is over, and they’re all feeling good about themselves, he gives them a second set of 20 questions, more difficult, of course, since they don’t have the luxury of the movie playing in front of them. He does alert them to the second set of questions before the movie starts, allowing them to take notes, and awarding prizes for the top scorers. It’s a teambuilding exercise that most individuals reading this article undoubtedly have not heard of before. It’s effective as an ice breaker and sets the tone for an ideal learning environment going forward. 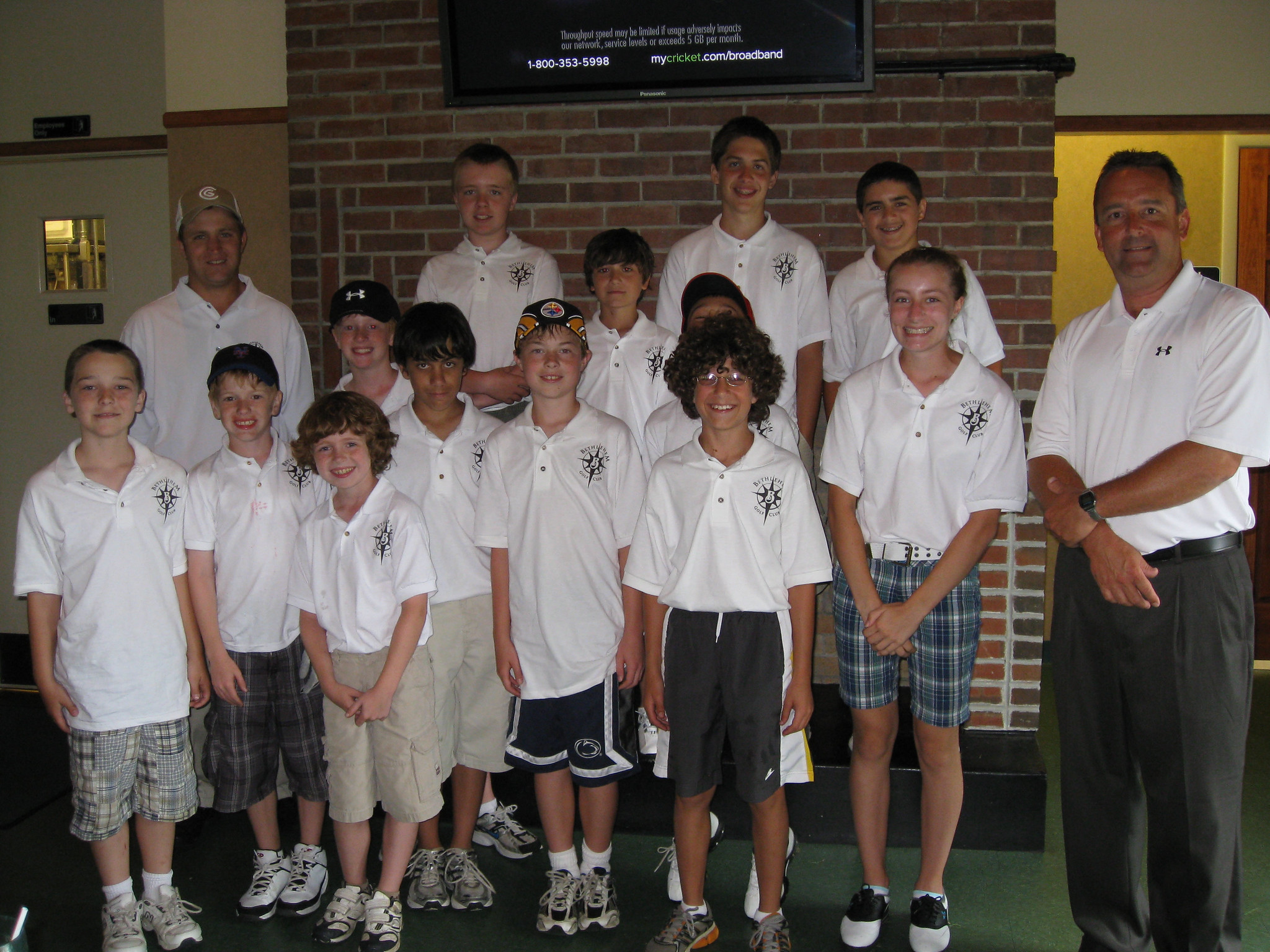 Csencsits invites the parents as well, always ensuring they are part of his program. By putting his cards on the table and stating what his programming is all about, he has no “soccer mom or dad” issues. The parents’ buy-in is integral to the success their young golfers will achieve, and they usually enjoy the movie as much as the kids, often harkening back to their own youth.

Mark Csencsits is full of ideas. In fact, he’s known as “The Thinker” on his business card. His program for elite juniors is called Results Driven Golf (RDG). This ten-week program is geared towards kids with ability who want to play competitive high school golf. This group of 8-10 participants, often entering the program in 7th or 8th grade, learns as a unit, practices as a unit and hits the course together to play and compete as a group, enhancing the overall experience and reinforcing their skills in competition.

Csencsits says more than 75 percent of the junior golfers who have gone through RDG are playing competitive golf and shooting in the 70s or 80s. It’s his most successful program. 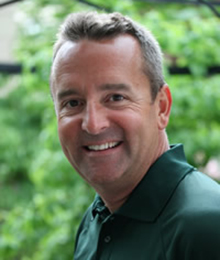 Bethlehem Golf Club is a municipal golf course with much diversity in the skills of its golfers. Csencsits offers private lessons, of course, and uses non-golf tools to teach the game. Whether it’s a frisbee, tennis racquet, ping pong paddle, baseball batting tee, fishing rod or something else that isn’t a golf club, this award-winning PGA Professional is reinventing the art of teaching. After all, teaching is a skill. You can have all the knowledge in the world, but can you communicate that information? Can you make someone better? Can you help a new golfer understand the golf swing? How do you go about it?

Csencsits and I talked for more than a half hour, and I laughed and learned a lot. His creativity and passion actually elevate the GRAA award that he’s now earned four times. He concluded our chat by stating very simply, “I love what I do – I was born to teach the game of golf.”