Blasting Its Way to the Top

Some of the loudest tech buzz among teaching professionals these days is being generated by the Blast Motion Golf Sensor. This is the first year that Blast Motion is on our list of Top 25 Teaching & Training Aids and it’s already ranked No. 3, which is a testament to its rapid rise in popularity and technological effectiveness.

According to Donovan Prostrollo, the company’s senior director of marketing, the product combines motion metrics with video to create a “very personal user experience,” where golfers can literally see the mechanics of their swings, and “socially share their long and short games in a whole new way.”

Blast Motion’s Golf Sensor, which sells for around $150, weighs less than an ounce, and attaches to most regulation putters and golf clubs. Proprietary algorithms capture natural motion, allowing the device to “intelligently understand” the difference between real and practice strokes. Blast Golf uses Bluetooth Smart technology to transmit analytics to smartphones or tablets during practice or play.

“We recognized the need for a measurement device that could easily be used in multiple environments (in the studio, on the practice green, on course), while seamlessly integrating into the routine of the instructor and the golfer,” adds Mike Fox, who manages Blast Motion’s golf department. “We wanted that integration to be so seamless that the technology virtually disappears. Our founders knowledge of golf technology and sensor-based solutions coupled with new technological advances has allowed Blast to create a simple, powerful and portable device suitable for both coaching and end-user applications.” 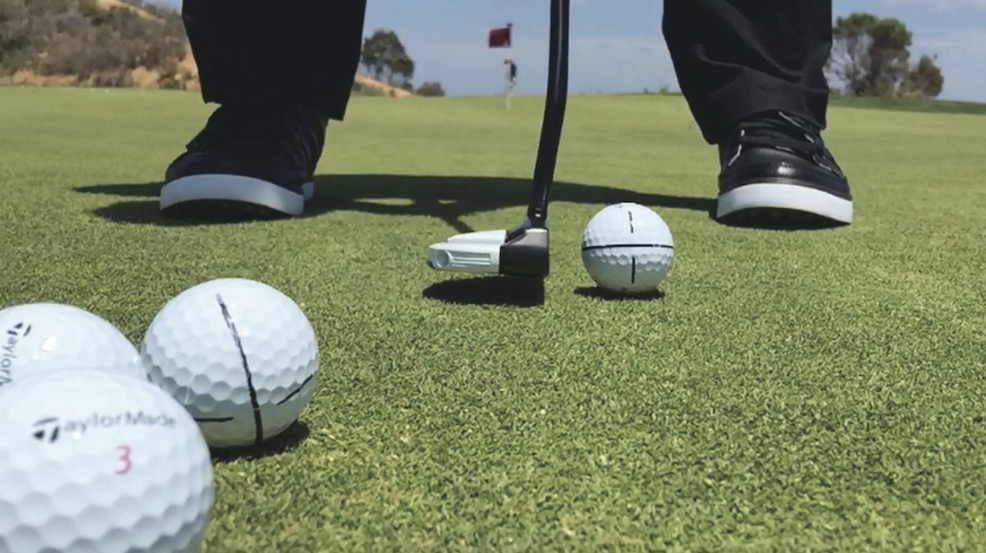 Fox calls the Blast Motion Golf Sensor “the most accurate measurement device available,” and adds that when combined with the Blast Connect services platform, it’s the only tool that provides immediate feedback to an instructor and golfer.

“Blast Connect helps manage the instructor-student relationship from the moment the initial lesson is scheduled to the ongoing student follow-up and feedback,” says Fox. It also enables opportunities for the instructor to offer remote coaching programs.

“The Blast Golf Sensor auto-calibrates, allowing users to go through their typical routine without requiring any unnatural movements prior in order to capture data,” adds Fox. “The Smart Capture video feature automatically clips swings and putting strokes and combines them with metric feedback, all without requiring the user to repeatedly start and stop the camera.”

Don Law, PGA Director of Instruction at the Don Law Golf Academy in Florida, has used Blast Motion Golf mostly for putting/pace and tempo. “Students trust measuring more than they do guessing. Real data from Blast Motion helps us establish a baseline and helps make plans for the future. We are seeing a nice return on investment.”

“As an Aimpoint instructor, I started using Blast to help measure my students’ tempo ratio,” offers Erika Larkin, PGA Director of Instruction of The Club at Creighton Farms in Aldie, Virginia, and 2012 Middle Atlantic PGA Section Teacher of the Year. “Our goal is to get our students with a consistent tempo regardless of swing size. That way they’re able to control their distance better while putting.”

Larkin says because the upfront cost is minimal, she sees a good return on investment and value added to a lesson. “It’s nice to add technology with a quantifiable element to putting instruction. You can baseline someone and then compare improvement. We have not been able to do that before, as accurately, at this kind of price point and wirelessly.”

Former PGA Tour professional and now a teaching professional in Arizona, Stan Utley, began using Blast Motion with a student who was struggling with lag putting. “He was rolling a 15-foot putt at around five miles an hour of clubhead speed. I asked him to reduce the speed to four miles an hour, and when he made this adjustment the distance the ball rolled obviously changed. To my amazement, he was very in tune with changing his clubhead speed. He could see that changing the clubhead speed changed the distance the ball rolled.”

Utley continued using Blast Motion and called out the clubhead speed he wanted his student to have at impact with the ball. “I would give him the actual number of miles an hour from Blast and he quickly became very good at judging his impact clubhead speed, which in turn improved his distance control very quickly.” Fox said the company, which produces training and analytical devices for other sports, listens to feedback from users about what they would like to see as far as future enhancements to products.

“Adding capabilities around the short game in golf is something we’re focused on at the moment, as well as enhancing some of the video analysis utility within the platform. We have also developed a Blast Golf certification program that allows coaches to spend time immersed in the solution, while being guided by our in-house coaching staff and biomechanists, to learn how best to apply Blast Golf technology to their coaching regimens.”