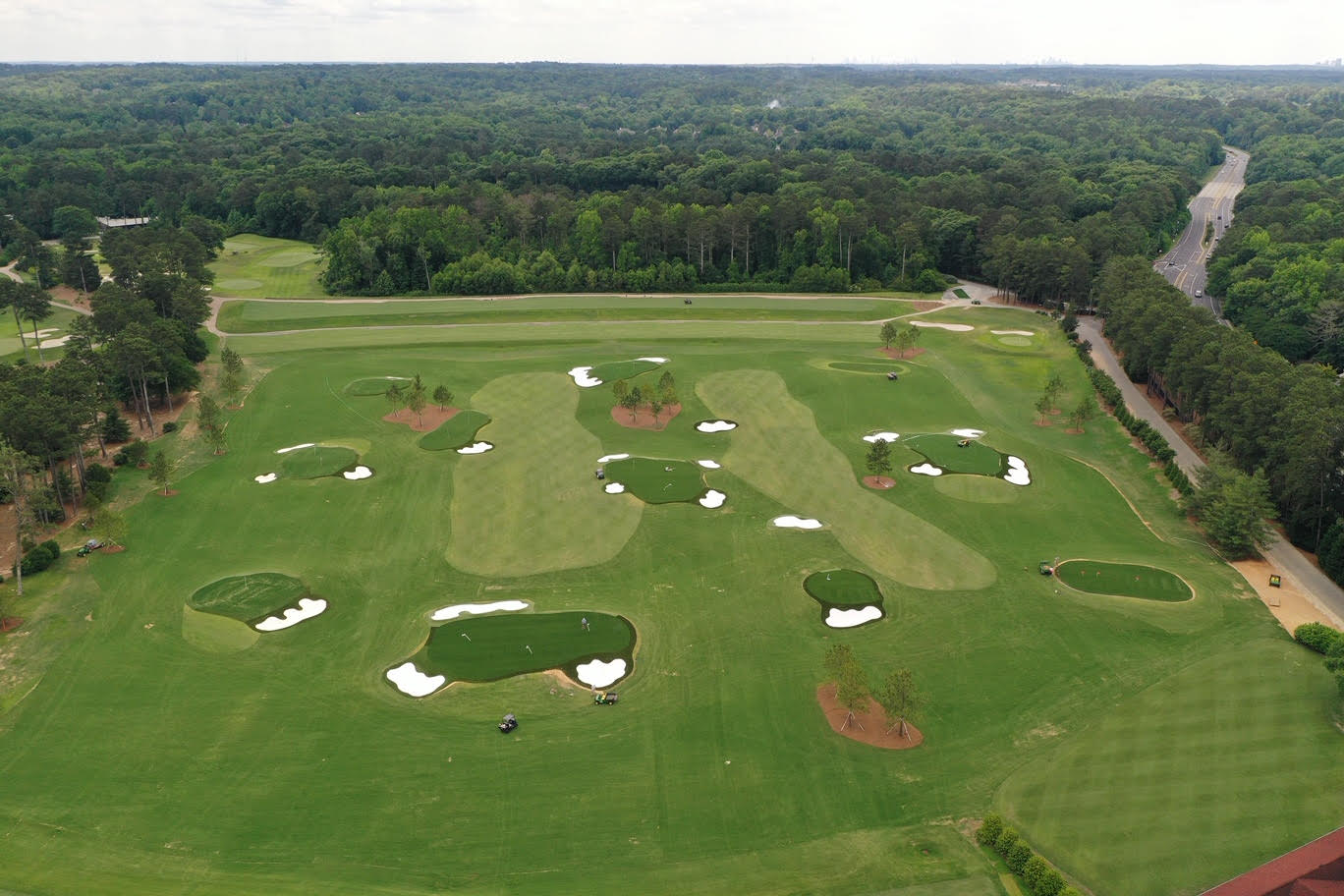 Atlanta Athletic Club enjoys a storied history dating back over one hundred years with names like Bobby Jones, John Heisman, and Charlie Yates gracing the pages of its past. In the 21st century, many clubs, like this historic facility, are striving to maintain the valued traditions they hold so dear, while embracing the amenities members want from the current game. To the golfers at some of those clubs, the practice facilities are often held in as high regard as the golf course itself.

Atlanta Athletic Club, home of two 18-hole championship courses and a 9-hole par-three layout, recently implemented the first of a three-phase master plan on its practice facility and short game areas that have thrilled its membership, setting the stage for additional work in 2020 and another set of improvements over the next couple of years. 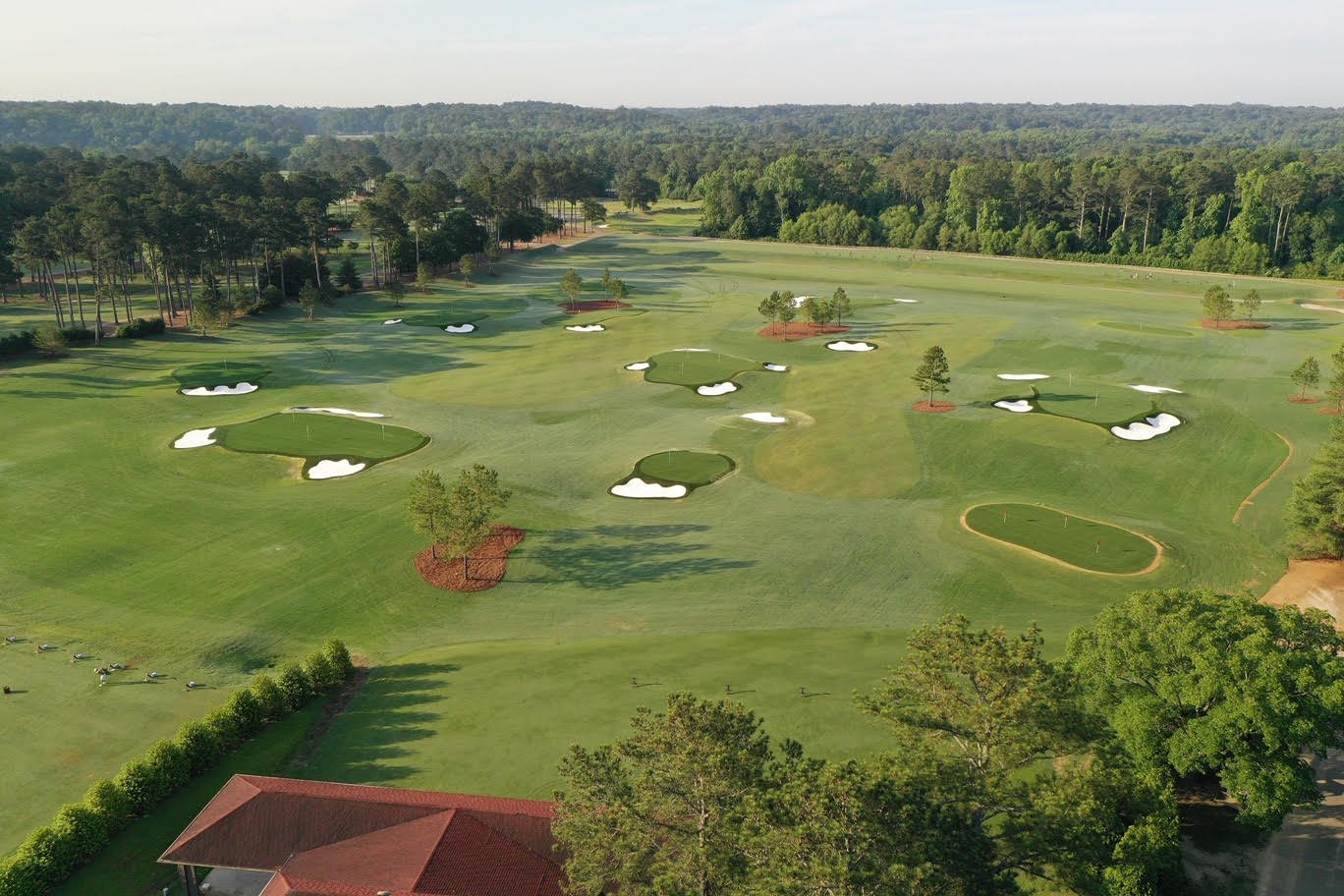 Lukus Harvey, the club’s Director of Agronomy recently shared some insight into the renovations that were put in place on the club’s double-sided range and two short game areas that will better support the great amount of use they get on a daily basis. “Two years ago, we did the north short game area – we completely redesigned it,” Harvey said. He added that these renovations were done by Rees Jones, Inc. of Montclair, New Jersey.

Details of this short game area’s enhancements include five new greens and new practice bunkers. The greens were installed with the same turf that golfers experience while playing the facility’s courses. Members are even able to replicate shots they’d encounter on the course. They also expanded the north range tee area during this time, adding TifGrand Bermuda grass.

“This year we had planned to expand the south range tee and do the whole range floor. The concept behind that was to make the range floor look like actual golf holes – build actual fairways out there, plant trees so you can shape your shots, add target greens, bunkers – all that stuff,” Harvey added. “We had it planned for July and then COVID hit and the shutdown happened.”

Harvey praised the forward-thinking of the club’s Board. “Being such great leaders that they are, they said, if we’re going to be closed and then we’re going to be open for limited play, let’s tackle this right now and not disrupt the members.” And that’s what they did. “So, we actually started the project just a couple of weeks after COVID hit.”

The Board approached Harvey asking if the idea was feasible, and he was all for it. So, on April 1st, amid the uncertainty of the pandemic, work began on the second phase of the Atlanta Athletic Club’s practice facility renovations – it was completed by June. 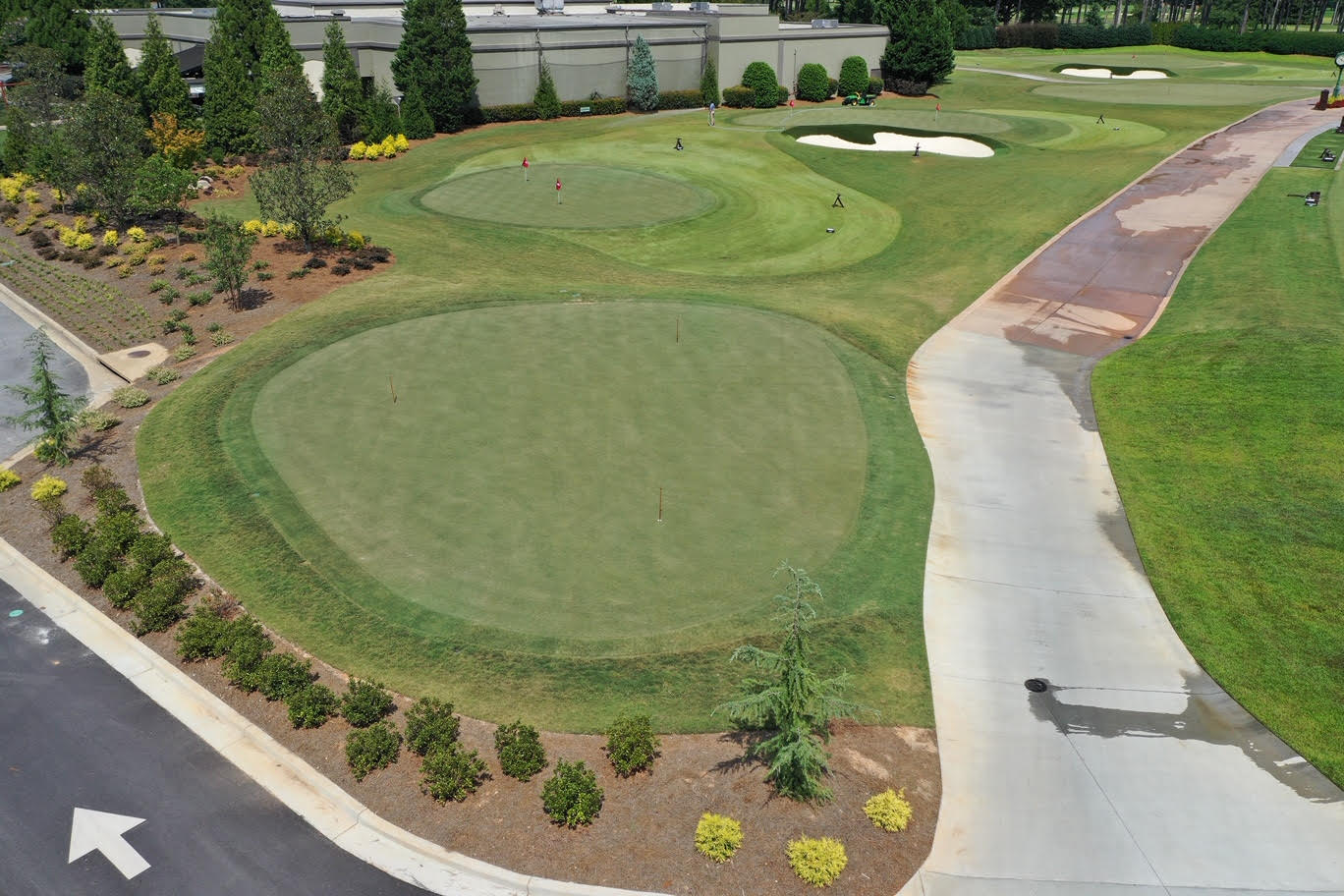 In this extensive enhancement of the range floor, eleven new target greens were added. Three of the greens were placed at par-3 range from the north tee area, surrounded by rough and a bunker, tempting members to test their skills, and at the very least improve those skills through practice that mirrors situations they’ll likely face on the course.

“Right down the middle we have a zoysia grass fairway, sand-capped and constructed just like we do the golf course fairways,” Harvey highlighted. He would add that the “range fairway” is adorned with the same mower stripes that are done on the course, truly enhancing the presentation and the golfer practice experience. “On the far side, we put a second fairway, which actually feeds into our instruction center as well, helping them with lessons.” Also installed were cross bunkers and target greens, all with pristine artificial surfaces, further adding to its beauty, and they transplanted pine trees to ensure they are strategically placed on the range. 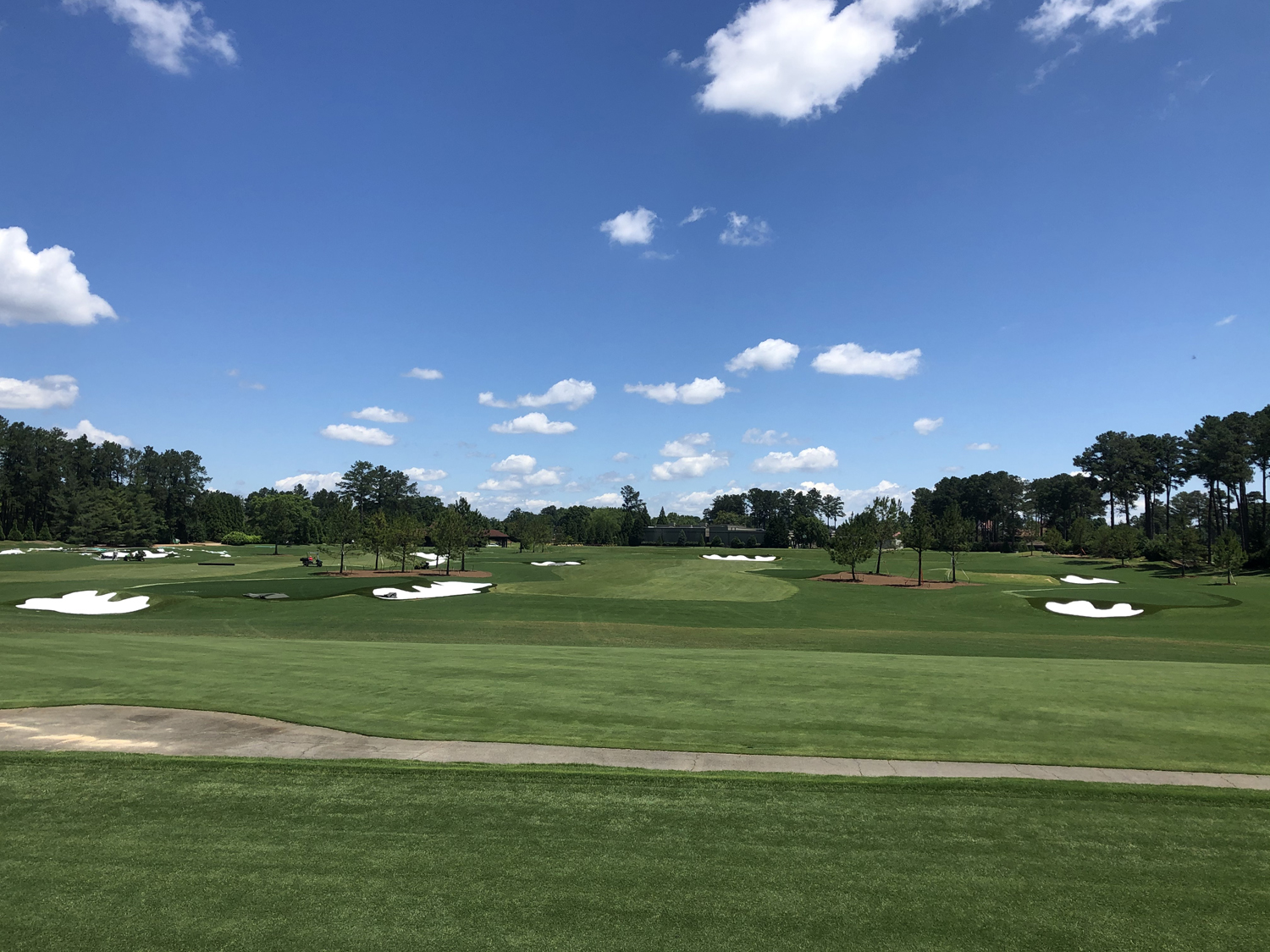 Members were blown away by the changes – “absolute wow factor”, as Harvey put it. Plans for the future include expansion and renovation of the south short game area in the next two years, details of which are still pending.

While discussing the member use that the range supports on a summer day, Harvey said that upwards of 50,000 range balls could be hit from dawn to dusk. “We have a lot of people who like to practice,” he added.

For more information on Atlanta Athletic Club, log on to www.atlantaathleticclub.org.