Young bodies do best with a range of athletic activity, according to experts in physical development. One Dallas-area golf professional is taking that notion to heart

Jeff Isler has devoted 10 years to establishing and operating one of the top junior golf academies in North Texas. Combining technology, innovative training and a healthy work ethic, Isler has accomplished plenty in a converted warehouse in the fast-growing suburb of Southlake. His training method, carefully designed and honed, has produced dozens of junior golf champions, garnered hundreds of trophies and put a shine on his academy’s reputation.

If something isn’t broke you’re not supposed to fix it, but Isler, now 55, has lately been broadening his vision of what’s possible for his students. The California native, known for his interest in progressive ideas, is waxing enthusiastic about a new “sports movement” platform under development at his facility. It will use golf as the base activity but the goal will be to develop young athletes who are physically versatile and multi-skilled. That means mixing a variety of sports into what was once a golf standalone.

“I want to focus on long-term athletic development and build athletes first—they’ll develop into golfers later,” explains Isler, who relocated to Texas in 2004. “The idea of beating balls eight hours a day is really old-school. We are boring our young players with that approach.” Young athletes with superior golf talent can do well by specializing in those skills later in their development. At that point competitive drive becomes a powerful motivator. But academy junior programs that are built around that minority probably don’t make the most sense, is how Isler views things. “We will always have a limited number of high-level juniors,” he says. “At our academy, we are creating a new center that will focus on younger players and make it colorful and make it fun.” 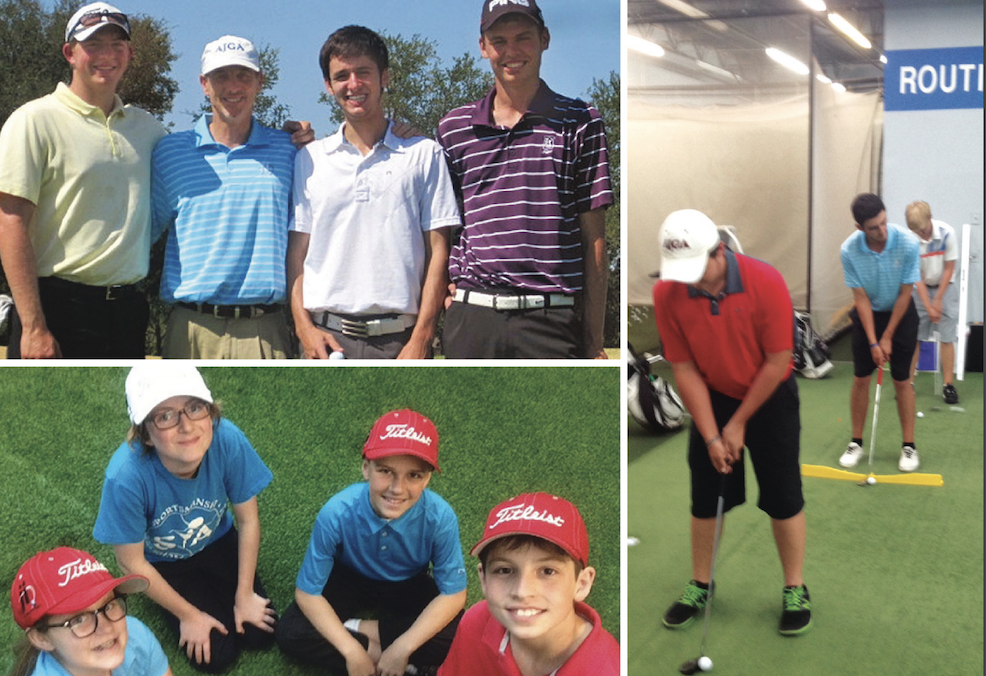 To focus on his new teaching goal, tentatively titled the “Junior Athletic Golf Academy,” Isler has doubled the size of his indoor facility by obtaining a another, larger warehouse nearby. He is also staffing up, adding a new associate who will work with players ages 5 to 12. The new facility opens officially in January. Looking to that day, and beyond, Isler anticipates a new form of grow-the game thinking for the golf industry. It’s all about a portal for school-age athletes that leads them to golf without excluding the myriad other enjoyable and fitness-building pursuits. Early response has been more than satisfying.

“We’re literally busting at the seams with kids coming for this new program,” reports Isler. “Kids are looking to play a variety of sports and activities. This will give them a chance to do that, and then transition into golf.”

The concept of a well-rounded sports activity program that tracks a youngster toward golf isn’t totally new and did not originate with Isler. Titleist Performance Institute (TPI) has been advocating so-called complementary sports and fitness activities for many years. Not many academies have embraced the belief, for all the talk it stimulates. The Isler academy will therefore be a program to keep tabs on. “We want to embrace this concept, focus on it and have our own specialist there to teach it.”

To identify candidates for the new post, Isler worked through various university Professional Golf Management programs (PGM) that place apprentice or assistant professionals at various golf courses. “It’s a process to find the right person for this very important job,” he comments. “We want players who are not just golf-dependent.” Isler’s California roots were in the surf mecca of Manhattan Beach. He attended the University of California at Santa Barbara, where he focused on a variety of sports, in and out of the water.

“I learned to play golf by having fun,” he recalls with appreciation. “You can ruin a potential good player by focusing on just one thing. We need to be developing athletes and the best golfers are multi-sport athletes not golf-only,” he says, echoing what many top college golf recruiters have been espousing of late.

Since the founding of his academy, Isler has pushed the envelope on technology and training concepts. “Back in 2005 TPI had just started,” he notes. “I think we had the second association, here in greater Dallas. We grew it to 100 juniors taking lessons. There would be 20 to 30 regularly in the gym.” Golf instruction was becoming much more dynamic and science-based, a trend Isler welcomed. “I was one of the early adopters of the K-Vest and Trackman technologies,” he says. “I used technology to get an edge. We were fully into it.” After starting in a space the size of a three-car garage, Isler eventually grew his facility to 8,500 square feet with all manner of computer-generated cameras, hitting bays and short game facilities. “It’s a six-figure investment in technology, but it’s worth it. This is the lab where you learn to train and practice and compete.”

Isler works with a wide range of students, from the juniors under his new sports-movement program to older players who want to get their bodies in golf shape. Students have access to an on-site fitness director who helps devise goals and regimens. The academy recently hired a director of sales to handle increased demand. During the cooler months or when needed during the summer, they work outdoors at some local courses. “We started out with word of mouth buzz and that generated phone calls and inquiries,” he says. “We want to work with middle schools, high schools and colleges and our new program will target even younger kids. We can track success with wins, but also with kids involved in the game.” For a professional comfortable with technology, talent-evaluation and teaching, growing the game at the youngest levels and having those players reach their heights will be the biggest reward of all.