As Seen at 2017 Demo Day and PGA Merchandise Show

If you missed out on the 2017 PGA Merchandise Show and the coinciding PGA Show Outdoor Demo Day– held on the 42-acre practice range at Orange County National Golf Center & Lodge in Winter Garden, Florida – we’re giving you a glimpse at some of the items that caught our eye. 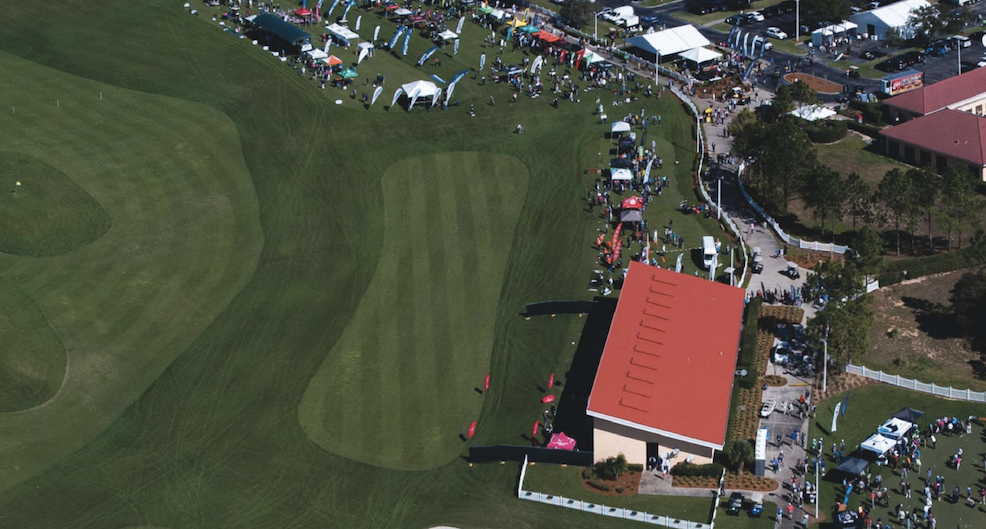 Other than the tee box, when was the last time you had a perfectly flat lie on the golf course? It’s a rarity, so why should golfers practice and teachers teach on a range where every lie is perfectly flat? The answer is, they shouldn’t. That’s why the ToughLie 360 makes so much sense. It allows instructors to recreate uphill, downhill and sidehill lies on the practice range to help their students better prepare for on-course play.

The drool-inspiring look of the Ping iBlade has now been brought to a more forgiving mold in the new i200 iron. A thin top line and more compacted head in the short irons give golfers that “players iron” look that they desire, while the design and weighting on the long irons make them more forgiving and useable for middle of the road handicappers.

The Foresight GC2 launch monitor become the gold standard for function and affordability in the golf industry with it’s highly accurate Stereoscopic camera system with HMT. Over the last couple of years, it has been the most utilized launch monitor device at green grass, off-course and for simulators. The camera functionality was so impressive, that competitors now offer their own camera-base technologies. Now, the company releases the new GCQuad, which improves on the previous model by utilizing four high-speed cameras to provide highly accurate ball and club data. The new design features a hitting zone that’s six-times larger than its predecessor.

Although the year is young, this driver has been one of the most talked about of 2017. With a name like Epic, it needed to back up the talk and it does. The “Jail-Break” technology is easy to understand and provides tangible results. The two internal metal bars that connect the sole of the driver to crown prevent the driver head from bulging at impact and helps transfer that potentially wasted energy back to the golf ball.

TrackMan is excited to announce their new TrackMan Range platform, which will roll out in a limited fashion next month. The system, which utilizes three newly engineered TrackMan units, covers an entire practice range area and transmits ball data for every individual shot back to the golfers’ smartphone. Golfers can even compete in contest such as closest to the pin or longest drive with fellow golfers on the range. The company believes this will revolutionize the way people experience golf at practice ranges. The product is scheduled for a full roll out later this fall.

The new FlightScope X3 launch monitor uses Fusion Tracking Technology that combines the usage of radar and high-speed cameras. The new design allows for precise short game and chipping usage, as well. It can also be integrated with FlightScope’s FocusBand to measure neuroactivity during the golf swing; the BodiTrak mat to measure weight distribution during the golf swing; and MySwing technology that generates a fullbody 3D rendering of the user’s swing.

At the famed Lake Nona Golf Club, Tour Edge hosted a media-exclusive demo event during PGA Merchandise Show Week to unveil the new EX10 Exotics line of drivers and fairway woods, as well as the super lightweight XJ1 for players with slower swing speeds. Also on hand that day was Golf Pride Grips, unveiling their new Alignment Technology that feature a ridge on the backside of the grip to help golfers properly and consistently grip the club; Snell Golf detailing their ball offerings with company founder and golf ball engineering guru Dean Snell; Skechers with their new cleated golf show offerings; leader in pain-relieving technology, Oska, stylish hand-woven belts from KenRick Belts; and many others.

As the winning design on the first-ever golf-equipment-engineering reality TV show, “Driver vs. Driver,” the Triton had a lot of eyes on it. Particularly those of golf’s rule making body, the USGA. When initially released, the Triton was deemed to be non-confirming by the rules of golf, which prompted Wilson to make some minor adjustments to the design. In the picture above, one of the drivers is the conforming model and one is non-conforming. Can you spot the difference? The conforming model (on the right) has the rear flange shaved off. In the original design, the extended piece on the rear of the driver was a no-no. However, after hitting both models, the performance was unnoticeably impacted.