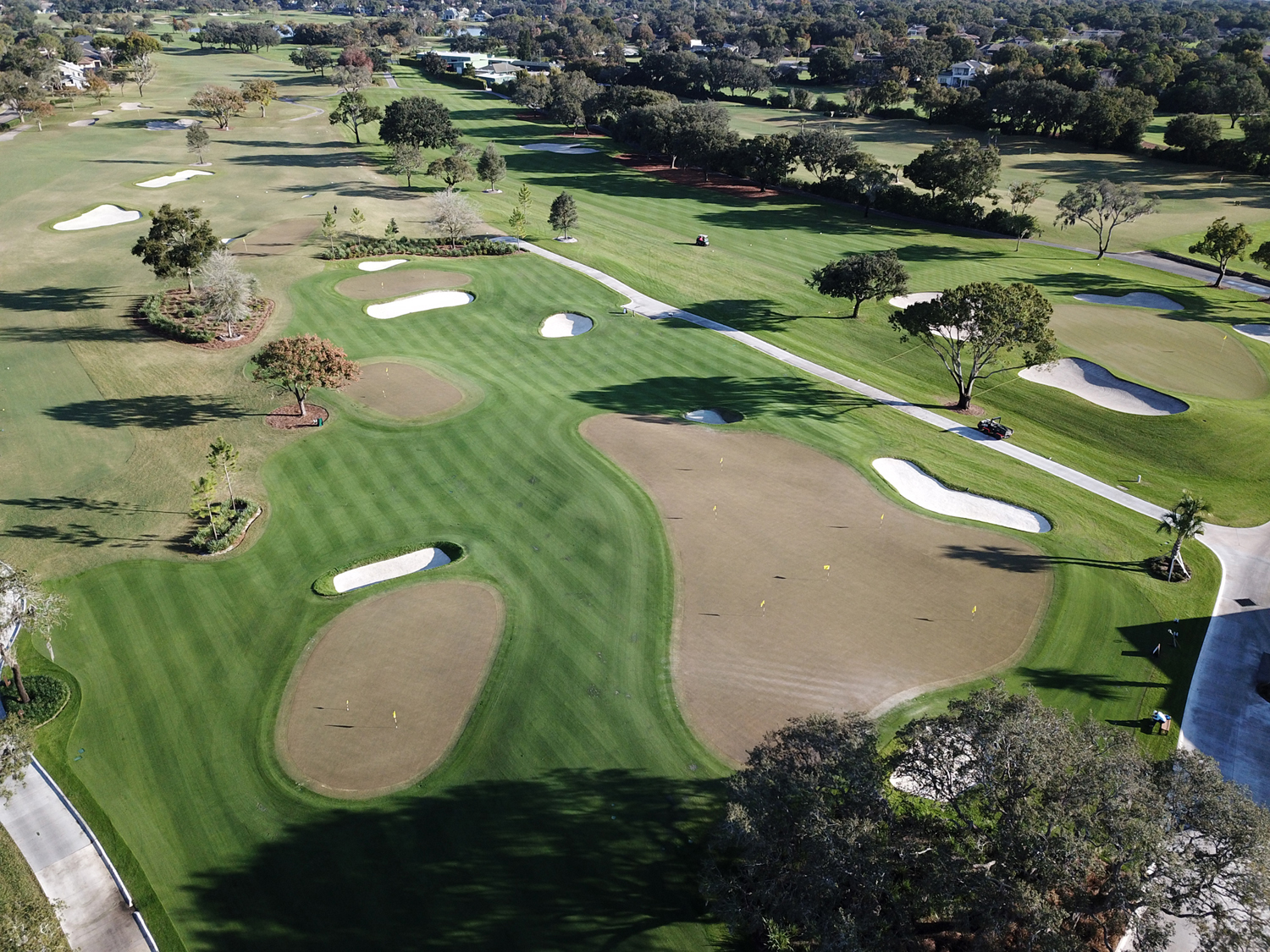 When you think of Bay Hill Club & Lodge, images of a smiling Arnold Palmer come to mind. You reflect back upon the good ole days – Palmer, a dashing, golfing hero, with his unique follow-through and uncanny knack for making every fan in the gallery want to be part of Arnie’s Army. His legacy lives on throughout the game of golf, and his spirit may be most present at the Orlando golf course that opened in 1961 and welcomed its new owners, the Palmers, in 1970.

As with all golf facilities, Bay Hill had to make some changes many years later – to keep up with the competition, remain a formidable facility to host an annual PGA Tour event, and to help bring the great old game to the newest generations of the 21st century. 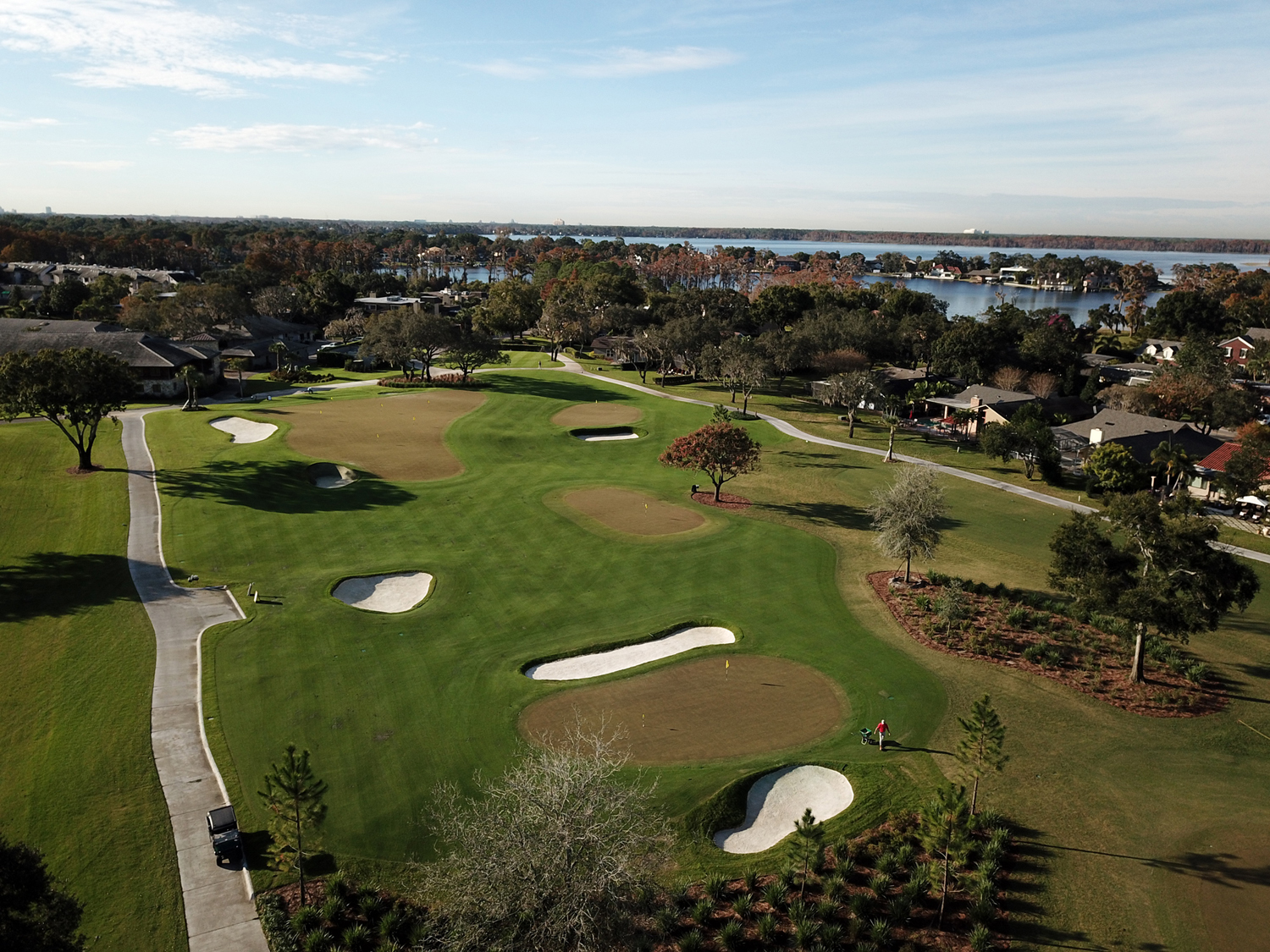 The Arnold Palmer Design Company was tasked with renovating the course in 2009, and Mr. Palmer was right there in the mix. With a focus on redesigning the courses’ eighteen greens, reworking the bunkers, and lengthening the course to increase the par from 71 to 72, Bay Hill took those vital steps into the future.

Most recently, the facility has undergone some additional changes, thanks to the foresight and expertise of Thad Layton and Brandon Johnson, senior architects at the Arnold Palmer Design Company. Bay Hill had been notorious for its small short game area that provided limited opportunities for golfers to hone their skills around the green. “There was a little chipping green by the clubhouse, but you couldn’t really practice anything more than twenty- or thirty-yard pitches, and that’s just because the green was long,” Johnson commented during our recent conversation.

Unfortunately, there was no land to utilize near the existing practice area. So, after looking at several plans they drafted that laid out various options, the duo would shorten (reduce from 467 yds to 308 yds) the 9th hole of the property’s Charger course, a 9-hole player-friendly layout that members and guests enjoy in addition to the club’s championship course. Freeing up two acres of prime land near the clubhouse, Layton and Johnson were well on their way to creating an exciting short game area consisting of four greens and seven bunkers, with undulations, rough, and a fun practice experience for all. 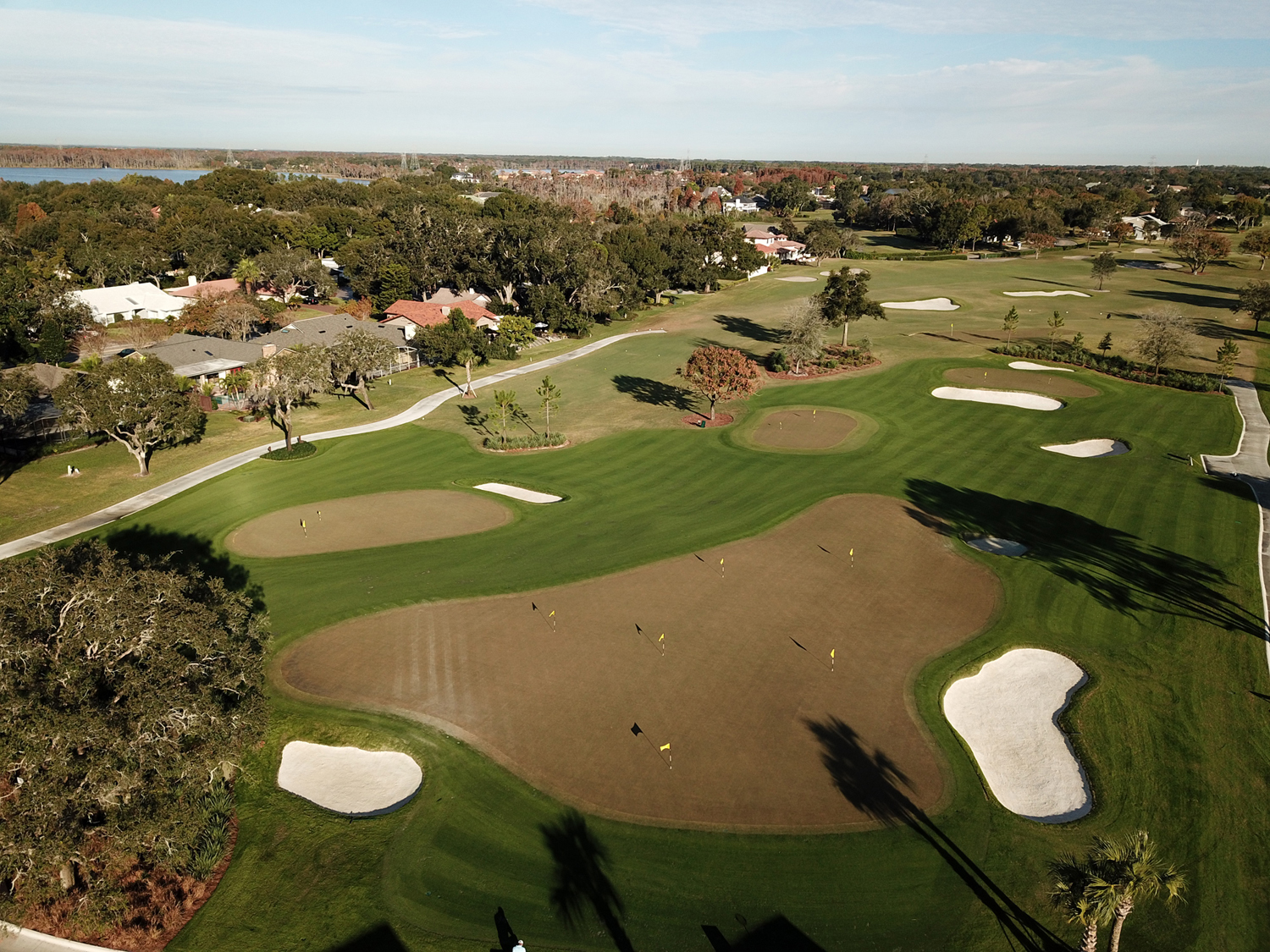 “It’s a pretty big property (Bay Hill) with twenty-seven holes. But we thought it was important [that the short game area] be visible from the clubhouse,” says Layton. “We wanted lodge guests to be able to use it and we also wanted the Tour players to have easy access, to be able to go from the driving range to the new practice area. So, proximity was a high priority.”

Variety was also important, as the designers wanted a layout of greens and bunkers that would pose a challenge for low handicappers and professionals, while allowing the facility’s teaching staff to bring students to the same area for some easier shots that would boost their confidence and reinforce some of the lessons being taught.

One of those instructors is Tom Garner, a coach at the Arnold Palmer Golf Academy since 1997 after playing professionally for twelve years. “The short game area is outstanding,” he says. “I’ve been at the club for twenty-three years, and looking back to when I started, compared to now, it really made a big difference – we really needed it.”

Garner added that his golf schools have benefited greatly from the improved short game area. “We’re excited from an academy standpoint,” he stated. Increased golf school participation means more guests in the lodge and more revenues coming into the facility – a boost for the club, and a highly-desired destination checked off the wish list of many a golfer.

Garner also highlighted the wedge fittings that Titleist and Callaway have conducted, generating excitement among the members and guests, and increased hard goods revenues for the club – just one of the many benefits of the renovation. 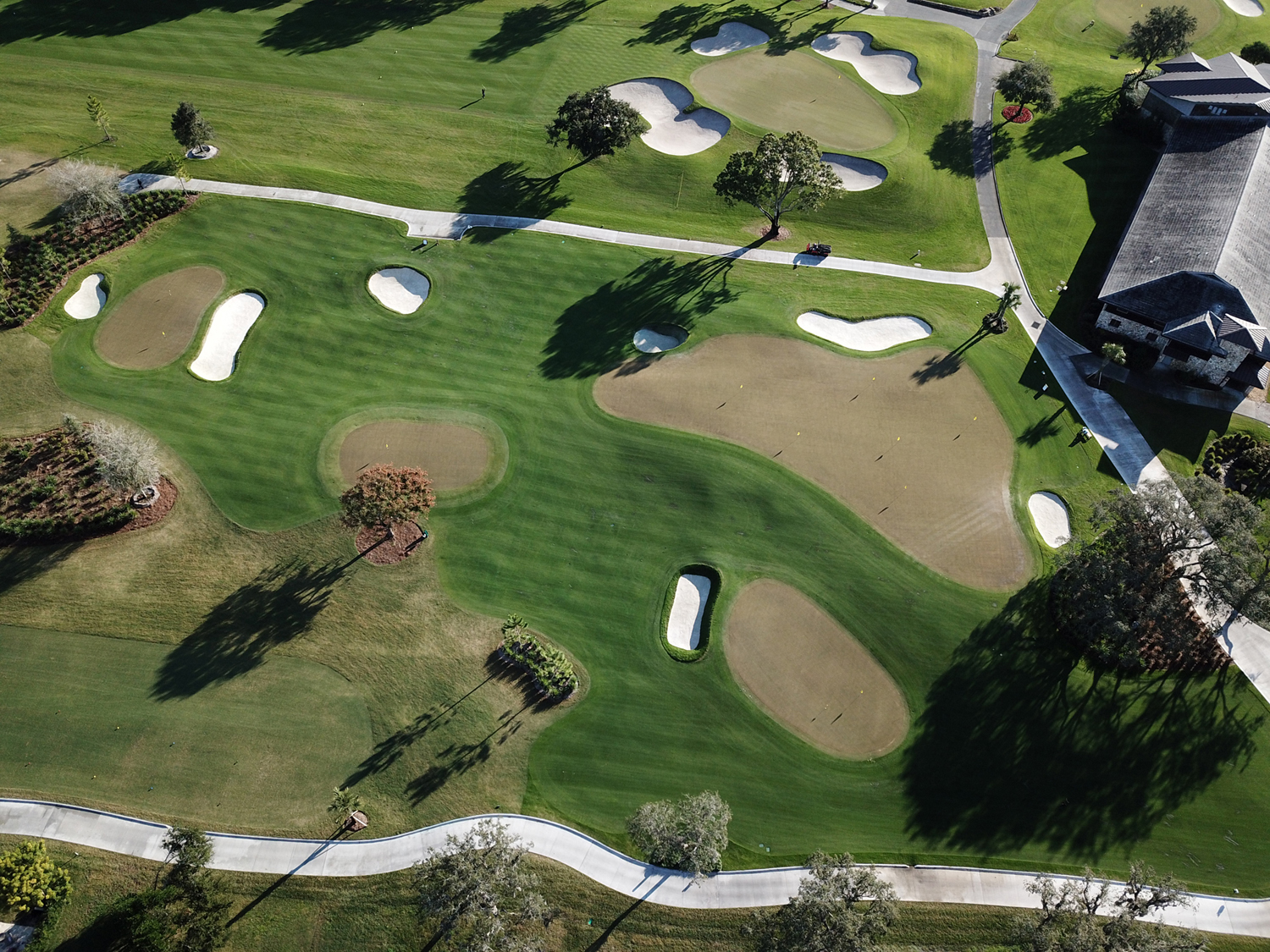 There are others, of course. Brian Dorn, PGA Director of Golf at Bay Hill, says that not only have memberships increased since implementing the short game practice area in October of 2018, but handicaps have gone down, a testament to the architects for putting out a quality product, the instructors for teaching and motivating their students, and the golfers and members as well, for putting this newly-upgraded amenity to good use.

Responding to an inquiry by club ownership a few years ago as to where upgrades might be needed most, Dorn stressed the need for a better short game area. “We needed something that somebody could really hit a lot of different types of shots,” Dorn added. “The Tour players enjoy it during the Arnold Palmer Invitational.” He also mentioned that it draws a pretty good crowd of the world’s best golfers in the days leading up to the annual tournament.

The driving range was also upgraded, with increased targets that are more visible from the hitting area. “We also wanted to get the club gapping a little bit better to where you were hitting almost every club in the bag – so all the targets are about twenty-five yards apart,” Layton added.  In addition, at the suggestion of Mr. Palmer’s grandson, PGA Tour Professional, Sam Saunders, trees were strategically placed on the range as intermediate targets to provide structure for better players to shape their shots during their practice sessions. 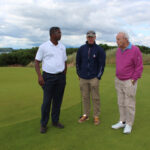 I asked the architects about the process that goes into a project such as this one, and they stressed identifying the need as the first and most important step. From ownership to the PGA Professional team to the PGA Tour, the need for a revamped short game area was evident. With the commitment from ownership and the expertise of Layton and Johnson, Bay Hill Club & Lodge continues to prove itself as one of the premier clubs in the country, and with a history like theirs, it will be for years to come.

For more information on Bay Hill Club & Lodge, log on to https://www.bayhill.com/.

To see learn more about the Arnold Palmer Design Company, log on to http://arnoldpalmerdesign.com/.