A Tool for Tee Shots

For as long as the game has been played, golfers have wanted to hit the ball farther. But in the modern era of golf, power is even more pivotal. Many of the courses built in the 1990s and early 2000s were designed to defend against the long-hitters emerging on the PGA Tour. However, many amateurs paid the price when they were left with huge carries from the blue and even white tees. For instructors, the lengthening of golf courses provided an opportunity to place greater emphasis on power and distance in their lesson packages.

One training aid that’s helped instructors find more distance off the tee for their students is the Momentus Power Hitter Driver. The average modern driver weighs about 250-280 grams (200g head, 50-80 gram shaft). The Momentus Power Driver weighs in at 500 grams, twice the weight of a normal driver. The company utilizes proven shaft-weighting technology with proportionate head-weighting to allow for a balanced swing while using the aid. One of the big advantages of using this weighted driver is that it almost forces golfers to swing using the proper muscles and sequencing, rather than getting the hands and arms overly involved in the swing. In addition, it helps golfers generate higher swing speeds when they switch back to their regular driver. 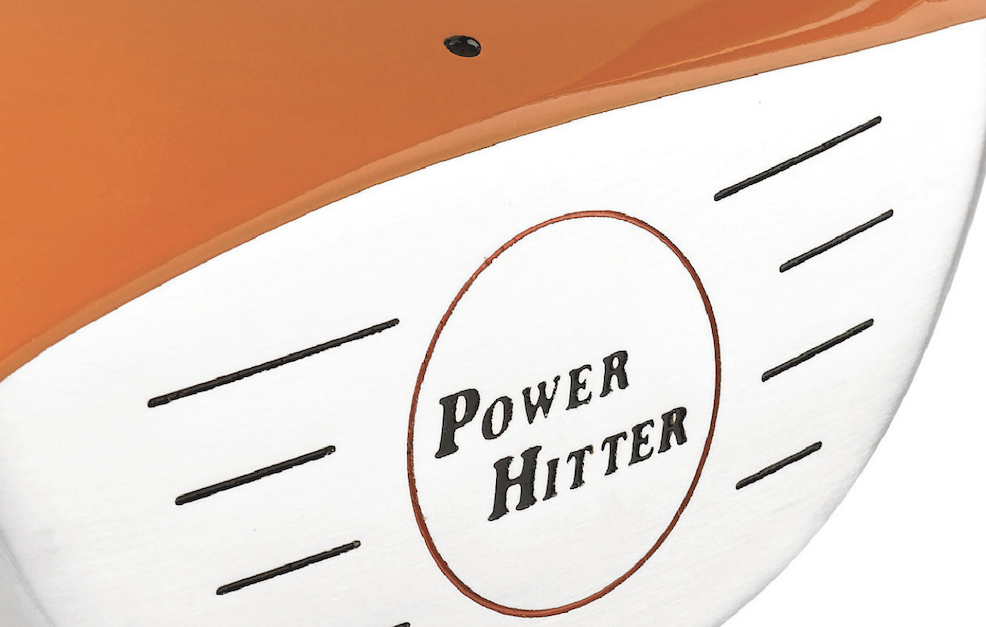 The Momentus Power Hitter Driver allows my students to learn the proper way to accelerated and generate speed in the golf swing by simply swinging a heavier club. It’s the same concept as baseball players using weights on their bats while they’re on deck. The added benefit with the Power Driver is that you can actually hit balls to see the influence and results of proper sequencing. Communication is always a big part of being a successful teacher. We have to be able to effectively and efficiently communicate swing concepts to the students in a way that they understand. The benefits of any training aid are going to be different for each student, because each student has their own unique swing. With that being said, it is easy to communicate the immediate benefits of the Power Hitter because the students can see the results when their drives start going further, and dramatically feel the difference in how they swing their own driver after taking multiple swings with the Power Hitter.

As I said, as an instructor my job is to communicate the message in a way that my student understands. The Power Hitter is another tool that allows me to give feedback to a student in an easy to understand way. Anytime a student gets better and can relate to your message, you create repeat business. The ROI of the Power Hitter is directly related to that. Plus, it’s a pretty inexpensive training aid to begin with. In addition, it’s been a really nice tool for my own game. Distance and speed are always important, regardless of what level of the game you’re at.

The Momentus Power Hitter Driver helps with more than developing distance and speed. One thing that I really like to use it for is increased hand and wrists strength. Those elements are very important, especially for older golfers, when it comes to being able to square the clubface at impact. It also forces golfers to improve their balance. When you’re swinging a heavier club it’s easy to sway on the back swing or lose your balance on the follow through and take a big step. By making my students focus on not swaying and holding their finish while swing the Power Hitter, their balance improves dramatically.

Other things that it helps with is increasing a golfer’s range of motion, both on the backswing and the follow through, and creating better tempo. It’s not just a tool for adding more distance off the tee. The biggest benefit is that it provides immediate feedback to the golfer using it. With the heavier club, they can easily feel when their balance or tempo is out of sync. I really encourage my students to use the Power Hitter. In fact, the facility I teach at has two that are available for students to use at any time – even when they’re training on their own. From time to time, I use one myself to help with all the things I just talked about.