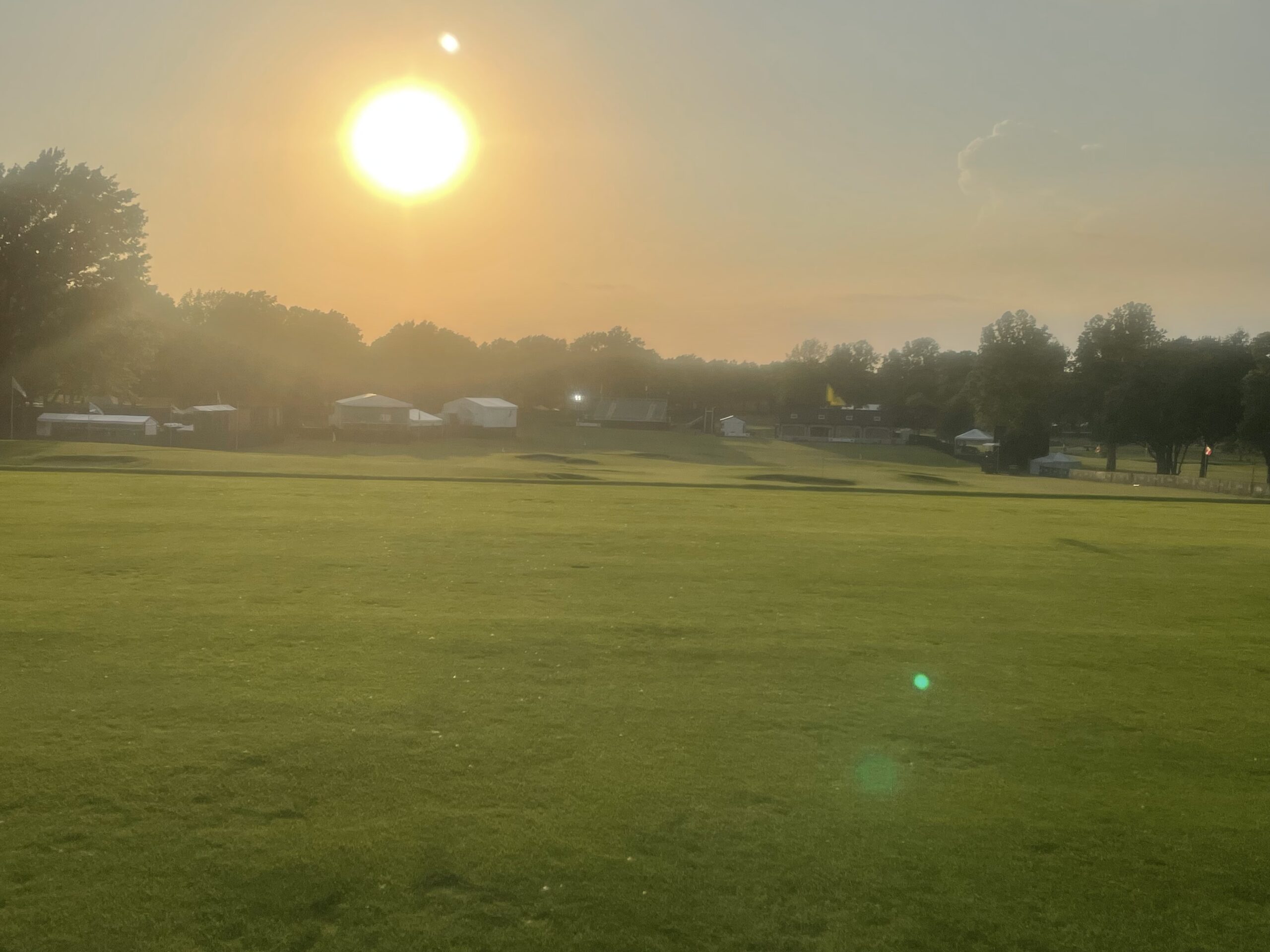 Players hit uphill towards the signature clock tower, and the greens on the practice range got the attention of two-time PGA TOUR champion Kevin Streelman.

“I love when they have actual receptive greens like the course, just like here and Augusta National,” Streelman said.

It’s always good to be in the conversation with arguably the world’s top facility. 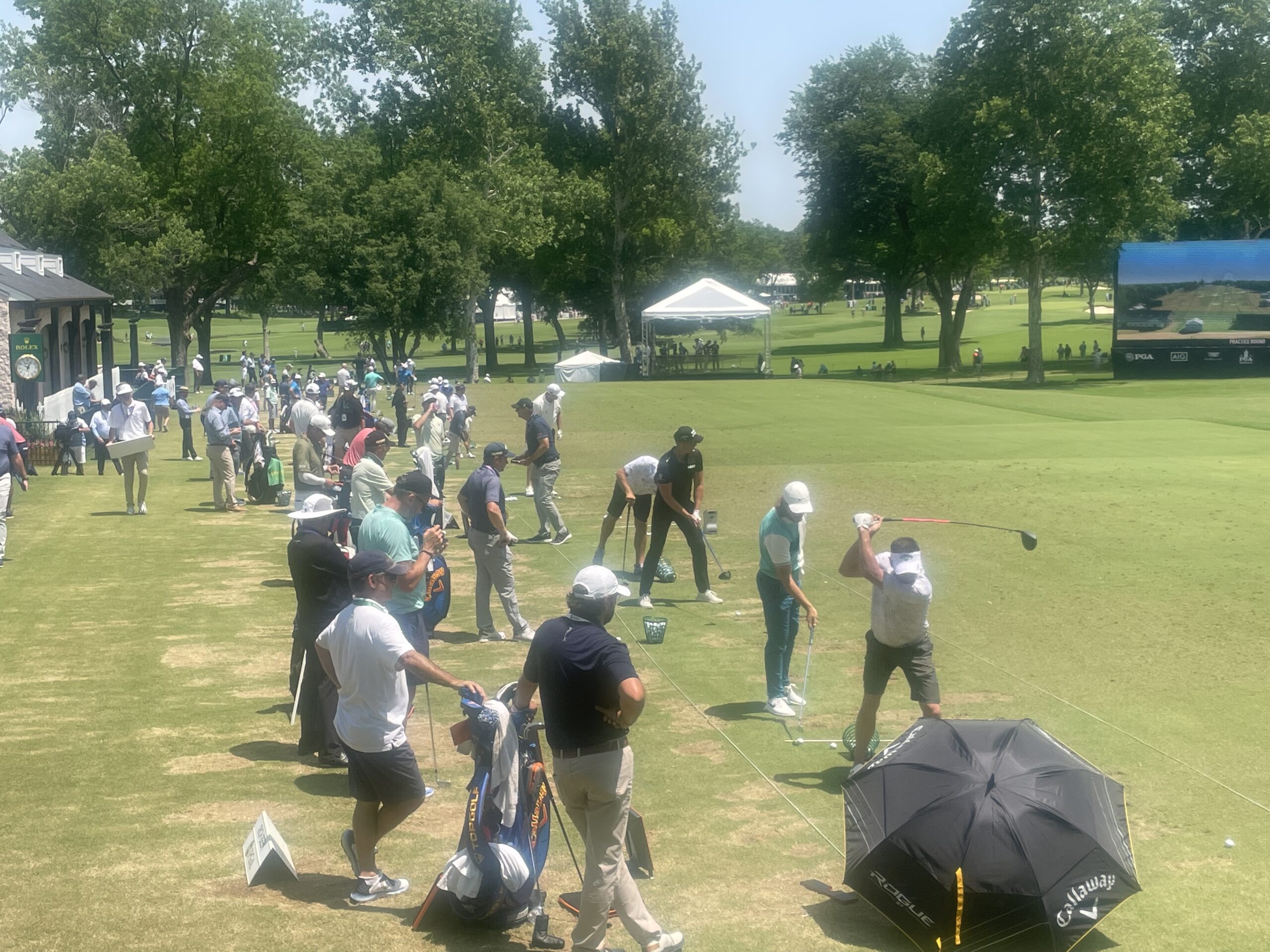 Stewart Cink was at Southern Hills for the U.S. Open in 2001, when he missed a playoff by one stroke, and in 2007 for the PGA Championship. He likes the setup of the range.

“The range is completely reversed from the last time we were here, and we are now hitting uphill with excellent sidelines and targets out in the hitting area. The bunker shapes match those on the golf course and you can create sight lines just like you see all day,” Cink commented. “There’s also the addition of a new short game area which mimics the course perfectly, and provides a really good setting to prepare for what you’ll face on all 18 holes.”

“They’re very similar to what you face on the course and it’s probably one of the best chipping areas I’ve ever been to,” Mueller stated. 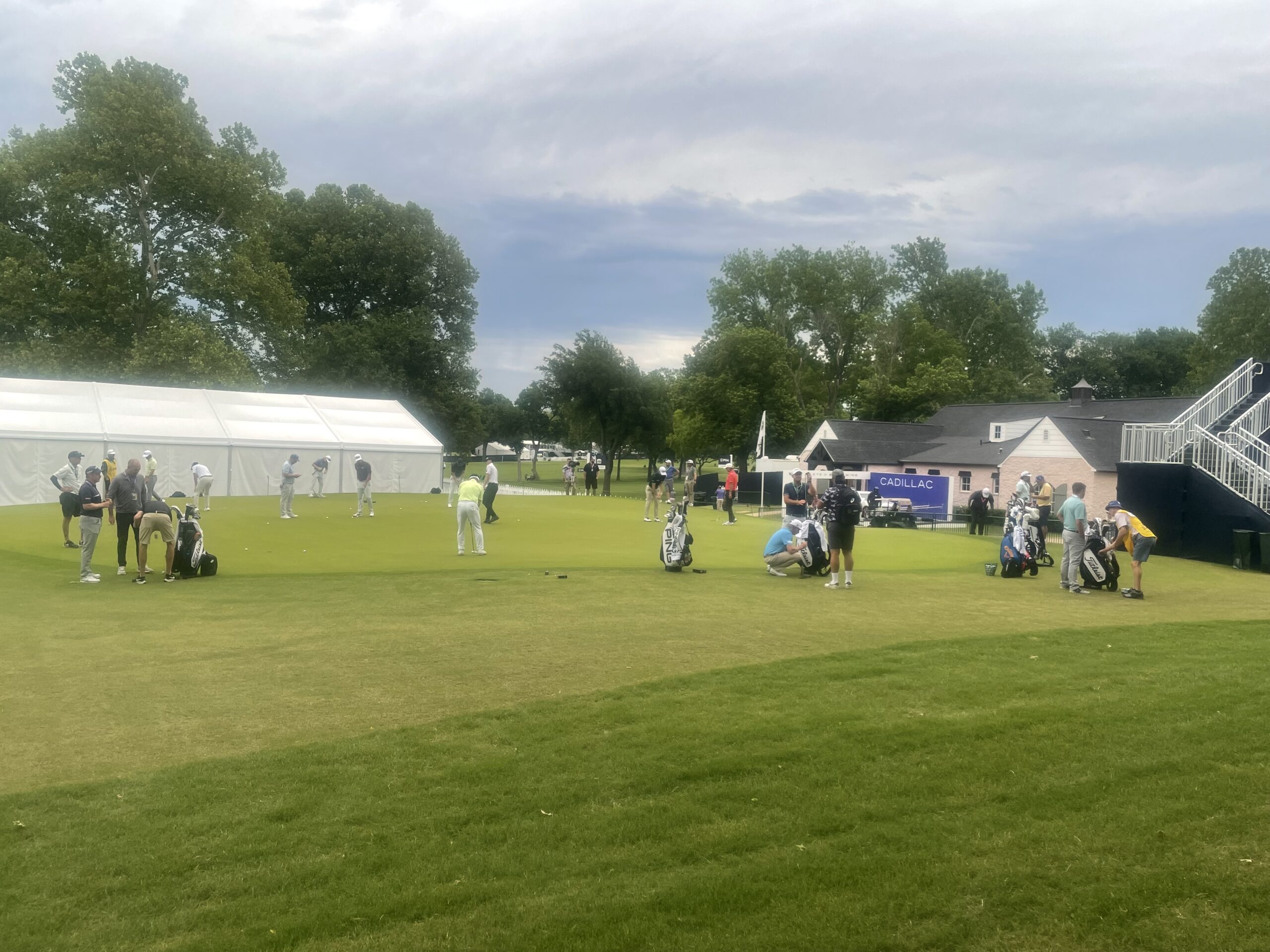 Putting greens at the PGA Championship consisted of a large green for chipping, putting and bunker shots near the range, and a large green by the clock tower by the fifth tee box about two hundred yards below the clubhouse.

Alex Cejka, winner of the 2021 Senior PGA Championship at Southern Hills, liked the subtle changes the club made, especially with putting greens.

“It’s a way better setup than what we had last year (at the Senior PGA), when we had the putting green right here next to the first tee,” Cejka said. “That was just a tiny little putting green. Down there, we have a much bigger and better green where you can simulate a lot more.”

The green for the 2021 Senior PGA Championship was to the left of the first tee; but this year the PGA Championship placed a large grandstand there. A win-win for players to get more putting space on the green by the range, and for fans to see their favorite players tee off on the first and tenth tees next to one another. 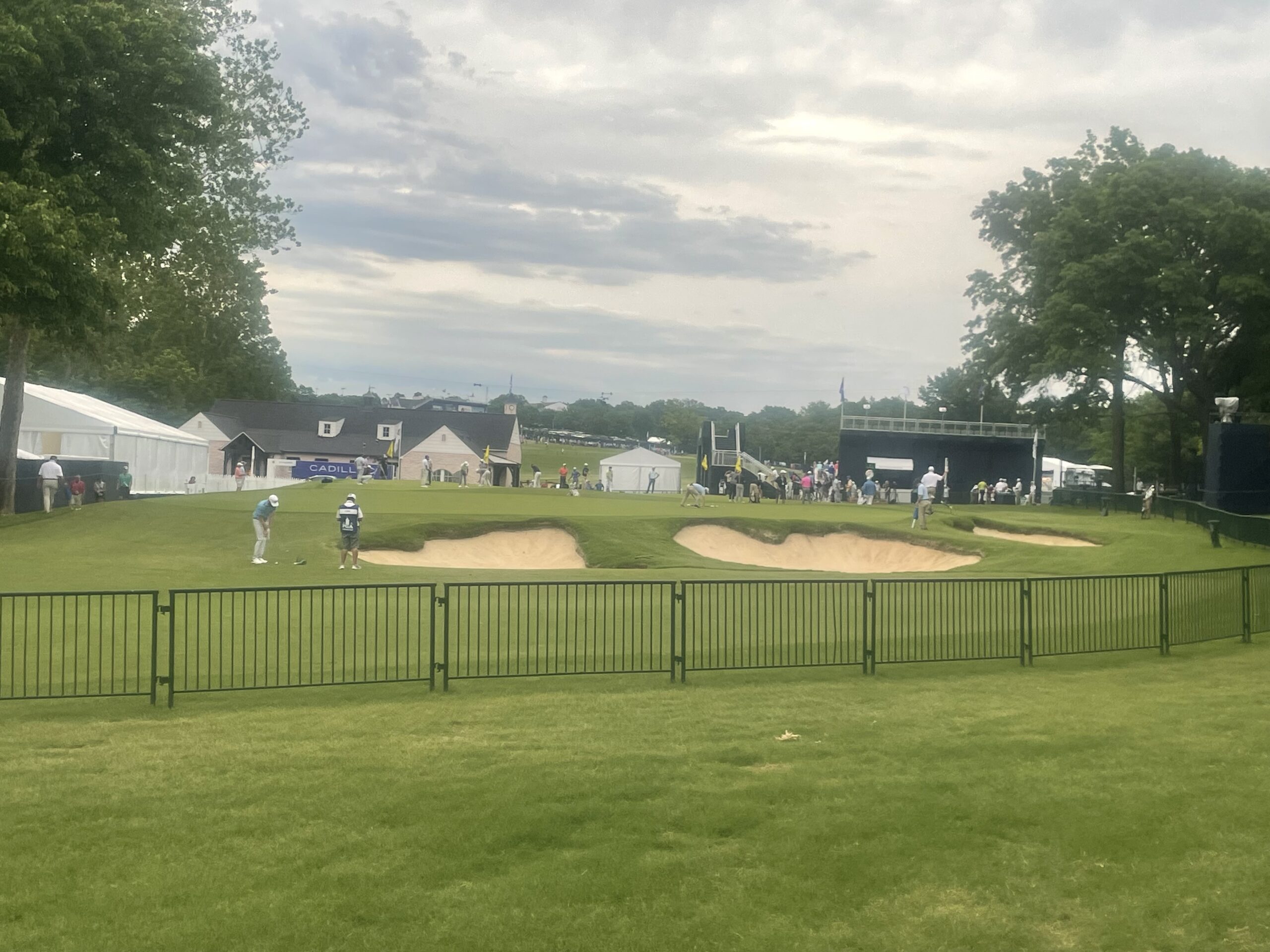 “The short game area is fantastic,” Canadian, Adam Hadwin said. “You’re not going to find much better than that at all.”

Count Joel Dahmen as impressed with the facilities at Southern Hills, as well.

“The putting greens are undulated just like out on the course, and it’s also nice that the turf on the range is the same as on the course,” Dahmen detailed. “A lot of times when you’ve got common Bermuda grasses, they won’t have that on the range because it’s so hard to replace. It just doesn’t grow as well as some other grasses.”

The range is used by members from both uphill (where the pros are this week) and on the backside hitting back downhill. Talor Gooch was thrilled with everything the range presented.

“When we got to the range Monday with my coach, Boyd Summerhays, we said ‘Man, this range looks good, huh?’ Because normally a range doesn’t have those types of bunkers that just visually simulate what you see on the course,” Gooch said of the bunkers guarding the greens on the range. “It’s nice to get out there, and simulate play of some holes by hitting different shots. So, it really helps having the bunkering they have, and it prepares me better for what I’m about to see out on the course.”

We’ll close with Stewart Cink’s sage perspective, “It’s a major luxury for a club like Southern Hills to have this type of facility, and one that not many clubs around the country or world can have. But when you’re at a place like this, it is amazing to be able to take advantage of such an opportunity.”