Six decades ago the Tam O’Shanter Country Club in suburban Chicago was among the most famous golf courses in the world. Byron Nelson notched win No. 10 in his unprecedented 11 victories in a row there at the 1945 All-American Open.

That tournament grew into the World Championship and until 1957 hosted the likes of Gene Littler, Lloyd Mangrum, Jack Nicklaus, Arnold Palmer, Patty Berg and Babe Zaharias teeing it up for the biggest purses in golf at the time.

It was the site of the first nationally-televised golf tournament, where in 1953 Lew Worsham holed a 104-yard wedge shot on the final hole of the World Championship for an eagle and a one-stroke victory over a stunned Chandler Harper. The drama provided by Worsham’s shot captivated golf fans and triggered the sport’s rise in popularity as both a participant and spectator sport. 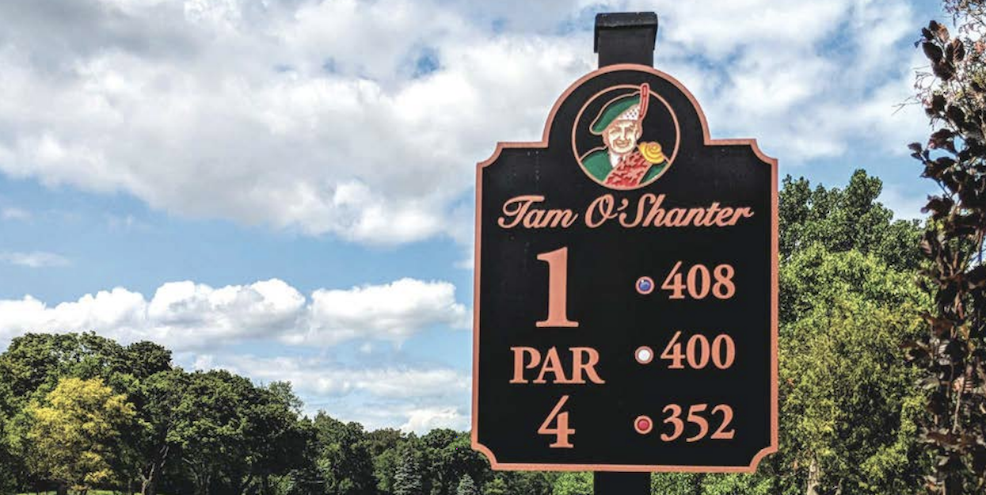 The courses owner and tournament founder, George S. May, eventually had issues with the PGA Tour over player entrance fees and discontinued his tournament in 1957. He died in 1962 and the Western Open resulted in the return of the PGA Tour to Tam O’Shanter in 1964 and 1965. That was the last hurrah for Tam O’Shanter’s glory days.

May’s family sold the club to developers late in 1965 and they turned much of the land into an industrial park, closing the course in the process. Now Tam O’Shanter is a nine-hole municipal course owned by the Niles Park District. A third of the land from the Tam O’Shanter good ol’ days is still used for golf, while the clubhouse burned down long ago.

This story does not have a sad ending, however – not by a long shot.

In 1974, the park district salvaged the nine-hole course from what was left. It struggled for survival for nearly four decades but now, following a yearlong course renovation project, Tam O’Shanter isn’t just surviving – it’s thriving.

The Illinois-based Lohmann Quitno architectural firm performed the renovation. While only two holes – Nos. 1 and 6 – are left from the original 18-hole layout, the renovation evokes the traditional style.

It’s nothing fancy, but it still appeals to golfers. Just like the Tam O’Shanter of old.

“We weren’t really trying to preserve the course, just bring back the style it had from the old days,’’ said architect Todd Quitno. “It was more about function and maintenance (but also) about acknowledging that this course has a long history and giving it a long future.”

Manager Peter Dubs is part of both that history and that future. He attended golf camps there when he was 14 and held part-time jobs through out his youth. Now he helps run programs for more than 1,000 junior golfers annually.

Along with Director of Instruction Chris Urgo, Dubs oversees the upgraded Golf Learning Center – which sits on top of what used to be a very small practice range. This area has become a thriving centerpiece for the reinvigorated Tam O’Shanter.

Much is new. The north-Chicago course is no longer a destination for the game’s greatest players, but that history has not been forgotten. A big history wall fronts the No. 1 tee and the Learning Center includes an array of photos and memorabilia that offers a true walk down memory lane.