From Range to Venue to Revenue

Promote your facility through special events and unique partnerships

Take a look at your practice range. What do you see? At a glance it may seem like just a place where golfers go to work on their game, warm up before the start of a round or take a lesson from a qualified instructor.

Now, look again. Do you see a concert venue, a showroom for luxury cars or a craft beer dispensary? If not, than you may not be looking close enough. Although the sky may not be falling on the golf industry, as many pundits suggest, the most successful and creative facility operators are still finding innovative ways to utilize every inch of their operation to create new revenue streams. 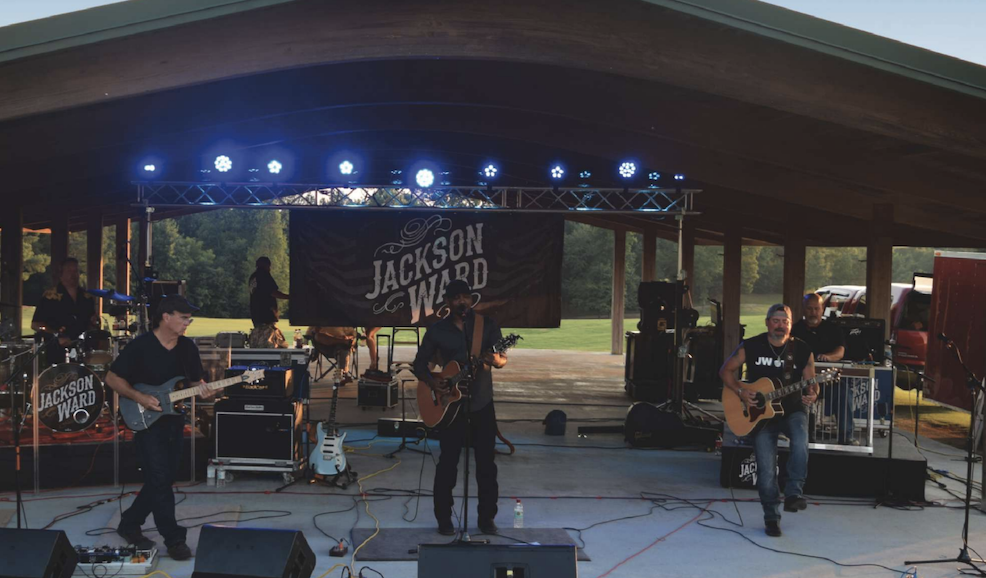 The fastest Ferrari on the market goes zero to 60 in under three seconds. Golf balls reach their fastest speed–which is limited to 250 feet per second (approximately 170 MPH) by R&A and USGA regulations– directly after impact. So both Ferraris and golf balls are pretty quick off the line.Is that where the similarities end? You may think so, but perhaps you have not heard of Festivals of Speed car shows.

For the last 13 years, Festivals of Speed CEO and founder Joe Sabatini has hosted car shows all over the state of Florida that put luxury vehicles on display against the green back drop of a golf facility. “They make for a beautiful setting for the cars,” says Sabatini. “When you have a Ferrari or a Mercedes parked on perfect grass with trees in the background, it makes for a memorable sight. A combination of machine and nature.”

Many of the cars on display are privately owned, while others are from local luxury car dealers(Aston Martin, Rolls Royce, Mercedes, etc.) who partner with Sabatini. One of the reasons these events have been so successful is that golf and luxury cars tend to attract similar customers. “If you’re driving a $150,000 Mercedes or a Ferrari, than you’re probably a golfer too,”says Sabatini. “We bring an affluent group of people to the golf courses that host us, and we market heavily to groups of people who are interested in this level of automobile.”

The Diplomat Golf & Tennis Club played host to Festivals of Speed for the first time in November 2016. Hundreds of cars were put on display, with many of them parked on the practice range while others lined the fairways of the first two holes. The one-and-a-half day event brought more than 2,000 people to the resort-private facility located in Hallandale, Florida – resulting in more than $70,000 in revenue for the facility.

“The revenue from that day was very strong and it was great exposure,” says Lewis Rissman, The Diplomat’s general manager. “I closed the golf course for that full day, and essentially charged them the amount for buying out the course. On top of that, most of our revenue for the day came in the form of food & beverage sales; we also did $10,000 in valet revenue.

“To do something like this, you have to look at your golf facility as a venue. That’s what we did. We were the venue, they were the vendor and paid us to use our locale,” Rissman continues. “It’s a creative way to use our golf space. There are a lot of things you can do with a golf facility that doesn’t necessarily have to revolve around playing the game. It doesn’t have to be a golf course or a driving range for 365 days a year, for one day it could be a space to host a car show.” The benefits from hosting the show didn’t end with the one-day revenue surge. An exhibitor, who had his speedboat on display, booked a corporate outing at The Diplomat, while a local dealership decided to use their venue for their holiday party.

“I’ve done a lot of offshoot business from this, which makes that one day event even more valuable to us,” says Rissman.

Even though hundreds of vehicles were brought onto the perfectly manicured grass over the span of two days, there was essentially no damage to the course. Golfers were back out the next day, not knowing that the day before a vintage Lamborghini sat in the very spot they stuck a tee in the ground on the range.

The vast network of Troon Golf Management operates The Diplomat, and Rissman has already relayed on the benefits of hosting Festivals of Speed to the corporate team. An event is in the works at Troon facility in Naples, Florida already and discussions about hosting events in New York and California are starting to occur.

While the benefits of this particular event are significant, successful car shows happen all over the country all the time. You’re encouraged to research shows in your area and offer your facility as a potential venue.

A Wide Range of Live Music

If anyone can match the enthusiasm and energy of 2012 PGA Teacher of the Year Michael Breed, it’s his brother Giff. Giff is the president of Independence Golf Club in Midlothian, Virginia, and you can hear that level of excitement in his voice when he talks about the many progressive ways he and his staff are bringing people to their facility. For instance, his team built an outdoor stage adjacent to the practice range and began hosting a concert series last summer called “Rockin’ at Independence.”

The facility’s restaurant, Tavern 19, sits directly in front of the range. Behind it is about a two-acre space that separates the back patio area from the practice tee – which is where the pavilion sits.

“I started looking around town to see what other restaurants were doing. Not at golf courses, but standalone restaurants. There was a lot of live music,” says Breed. “Then I stepped back and said how can we do this differently? They were stuck either hosting concerts in a parking lot, or moving furniture around to make space for the band inside – which we also do from time to time. But what if we were able to get an outdoor series going with our beautiful green space s the backdrop and build a stage outside?”

With the idea in mind, it didn’t take long for it to come to fruition. By April of 2016 they were hosting their first concert in the Rockin’ at Independence series. In hindsight, it may have been a little too early as the weather was a little nippy still.But as the weather improved, so did attendance for the summer-long concert series.

Every Thursday night throughout the warm months, attendees were treated to a free concert as they parked their lawn chairs on the range at Independence Golf Club. The popular Richmond, Virginia country band “Jackson Ward” drew the largest crowd with more than 600 attendees, estimates Breed.

“Because we don’t sell tickets it’s hard to get an exact head count,” says Breed. “It’s free to attend, but as you can imagine we sell a lot of food and adult beverages on those evenings – which more than covers the bands. People love hanging out, listening to good music, with good food, good people and good drinks.”

According to Breed, they’ve found the perfect way to capitalize on the competitive advantage that Tavern 19 has over other restaurants in the area – the beautiful outdoor setting offered by the range and golf course. They set up a corn hole field on the teeing ground of the range and have keg stations setup in various spots. All the while, not interfering with golfers coming off the course and allowing those who want to practice to head over to the backside of the range.

In the future, Breed hopes to attract a band that’s large enough to draw crowds of more than 5,000 people. “When we’re able to do that, we’d move the stage to the teeing ground on the range and have the people actually seated out on the range,” says Breed. “We think that’s a real possibility at some point.”

Another unique range concept that Breed is perusing with enthusiasm and ingenuity, hosting drone racing competitions on the practice range – where operators would pilot their remote-controlled aircrafts through an obstacle course of flag poles on the range. “It’s on our radar, and we’re trying to partner with our local CBS station,” says Breed. “Be on the look out for that.”

Every Friday evening during the long summer days of Anchorage, Alaska, Anchorage Golf Course host a fun event called Burger, Bucket and Brew (BBB). Teaming with local breweries that provide an assortment of craft beers, they grill burgers on the range while playing music and hosting attendees from all walks of life. “Attendance has doubled year over year since we began hosting Burger, Bucket and Brew,” says Jeri Cunningham, the facilities director of golf operations. “For $15, attendees get a burger, a bucket of balls and a tasty craft beer that’s brewed locally.”

Craft breweries have become popular in Alaska, just like they have in the lower 48. Anchorage has teamed with four different breweries for BBB, rotating through each of them over the span of a month.

“The breweries have a representative from their staff on hand to answer questions about the beer they’re featuring that night,” says Cunningham.

“We also started a golf league recently with our local firefighters. They have a huge grill that they use at the station, so they offered to bring it out on Friday nights and prepare all the burgers for us. The people see the firefighters out there, and it really builds a sense of community.”

The event starts at 5 p.m. every Friday, and by 4:30 people are in line waiting. Once things kickoff, Cunningham says one of the best sights is people lined up three or four deep at each of the 50 hitting bays on their range.

“It’s almost like a bowling alley in that respect,” she says. “Everyone is just hanging out with their group. One person hits a few shots and then steps back and then next person will step in. It’s fascinating to see it, and very encouraging because many of them are young people who are not yet full-blown golfers.”

In that regard, BBB has been a strong feeder source for Anchorage’s growing Get Golf Ready Program. “When folks come out to the BBB, I have a chance to talk to them if they haven’t been here before. If they’re new to golf, we take that chance to steer them towards Get Golf Ready,” says Tom Farris, the PGA Head Professional at Anchorage. “It really has been a direct line into getting new people into the game.”

Because of the success of BBB, Anchorage was able to create a spinoff in the form of a Saturday couples night. For a single price, they offer wine and food for a date night, as well as range balls and golf clubs for anyone who needs them. “Finding these new ways to use our range space has been invaluable to us,” says Cunningham. “These events have brought new people to the course, and once they’re here we do our best to show them the fun of playing golf.”